More than 7 of 10 likely voters say the issue of “jobs and economic development” is extremely important in deciding who they’ll vote for as governor. It’s one of the few points of agreement among supporters of each gubernatorial candidate. 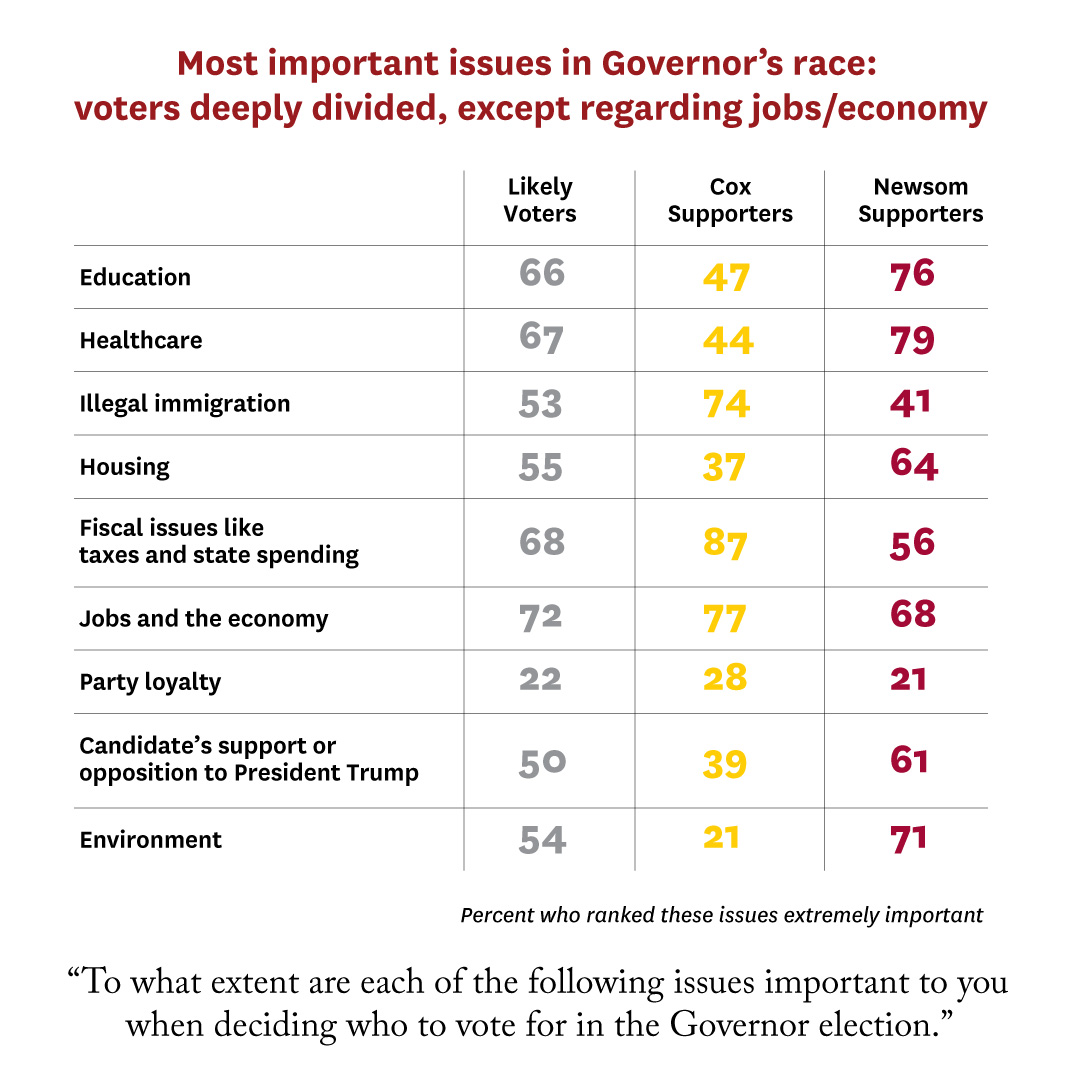 Among Californians, Trump’s approval rating remains low, and largely unchanged, since the USC Dornsife/L.A. Times poll in May. The poll found Trump’s approval remained low and largely unchanged since May: 66 percent of those surveyed expressed disapproval versus 27 percent saying they approve of the job being done by the president; in May, 69 percent expressed disapproval with 29 percent saying they approved.

But Republicans remain solidly behind the president, 78 percent of whom approve of his job performance.

Disapproval of the president’s policies is influencing votes in the election for California governor, according to the poll. Two-thirds of likely voters who said the gubernatorial candidates’ positions of support or opposition to Trump’s policies is a major driver of their vote are backing Newsom.

The USC Dornsife/L.A. Times poll was conducted online, in English and Spanish, and surveyed 1,180 eligible voters in California, including 980 registered voters and 794 likely general election voters. All participants are members of the Center for Economic and Social Research’s Understanding America Study, a probability-based internet panel. The overall margin of sampling error is plus or minus 3 percentage points for all eligible and plus or minus 4 for registered and for likely voters. The survey, results and methodology are available online.

The poll finds Democrats have an edge over Republicans in a generic House matchup — and they say news coverage of the president motivates them to vote.