For Quetzalli Vergara, Friday’s screening of First Man and panel discussion with USC experts on aerospace was an opportunity to gain insight into her future ambitions.

“I’m interested in the space and science field and going into space. I want to be one of the first to go into Mars and explore it,” said Vergara, one of the USC Leslie and William McMorrow Neighborhood Academic Initiative scholars who attended the event.

The special screening of the film, based on the story of USC alumnus Neil Armstrong and his arduous path to being the first person to walk on the moon, had special appeal for the NAI students who focus on science, technology, engineering and math (STEM).

The highlight of the night for those students seeking to push the boundaries of space exploration was the discussion before the screening of the film.

The panel, featuring USC interim President Wanda M. Austin as well as former astronauts Charles Bolden and Garrett Reisman, touched on the past, present and future of aerospace, including the many challenges women and minorities face in the industry.

One of the subjects touched on during the discussion was the future of aerospace and engineering for underrepresented groups.

“One of the important things that we have to do is to make sure young women very early in their careers are exposed to the fact that there are women doing amazing things in science, engineering and technology,” Austin said. “To help them understand that by enjoying math and pursuing math, it will enable them to make the choice of about what kinds of career options they want to have.”

For USC Neighborhood Academic Initiative scholars, a world of possibilities

Natasha Arnold, an NAI senior who wants to pursue a career in aerospace engineering, said she is fascinated with space, rockets and satellites. Hearing these stories opens up a world of possibilities: “It just tells me there is no limit to what you want to do and to just go out there and explore,” she said. 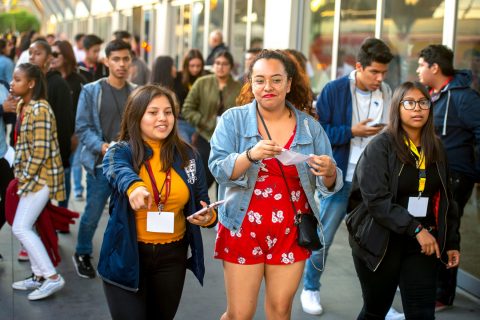 NAI scholars arrive at the panel discussion and screening of the movie. (USC Photo/Gus Ruelas)

Kim Thomas-Barrios, USC associate senior vice president of education partnerships, said the event showed the students there are opportunities they can pursue.

“It was inspiring to see people like them,” she said. “It shows them they are a part of this world and that they can really make an impact.”

One message for the audience was the shift in mindset for an industry battling the stigma that it is male-dominated and not inclusive. Austin noted that the incoming freshman class of the USC Viterbi School of Engineering is 45 percent women.

The panel, leaders in the industry and pioneers in space, encouraged and challenged the audience in attendance — the generation that will change the landscape of the industry and continue to explore areas that people have yet to explore. Quetzalli embraced the challenge: “You will remember my name!”

The Neighborhood Academic Initiative is USC’s signature college prep program and enrolls close to 1,000 students annually. Participating students commit to a seven-year plan of after-school tutoring, coupled with Saturday morning classes; those who remain in the program in good standing from sixth grade until their high school graduation are eligible for a full scholarship to USC, provided they meet admission requirements. Since its first graduating class in 1997, nearly 1,040 students have completed the program, with 83 percent enrolling as freshman at four-year universities and 35 percent enrolling at USC. 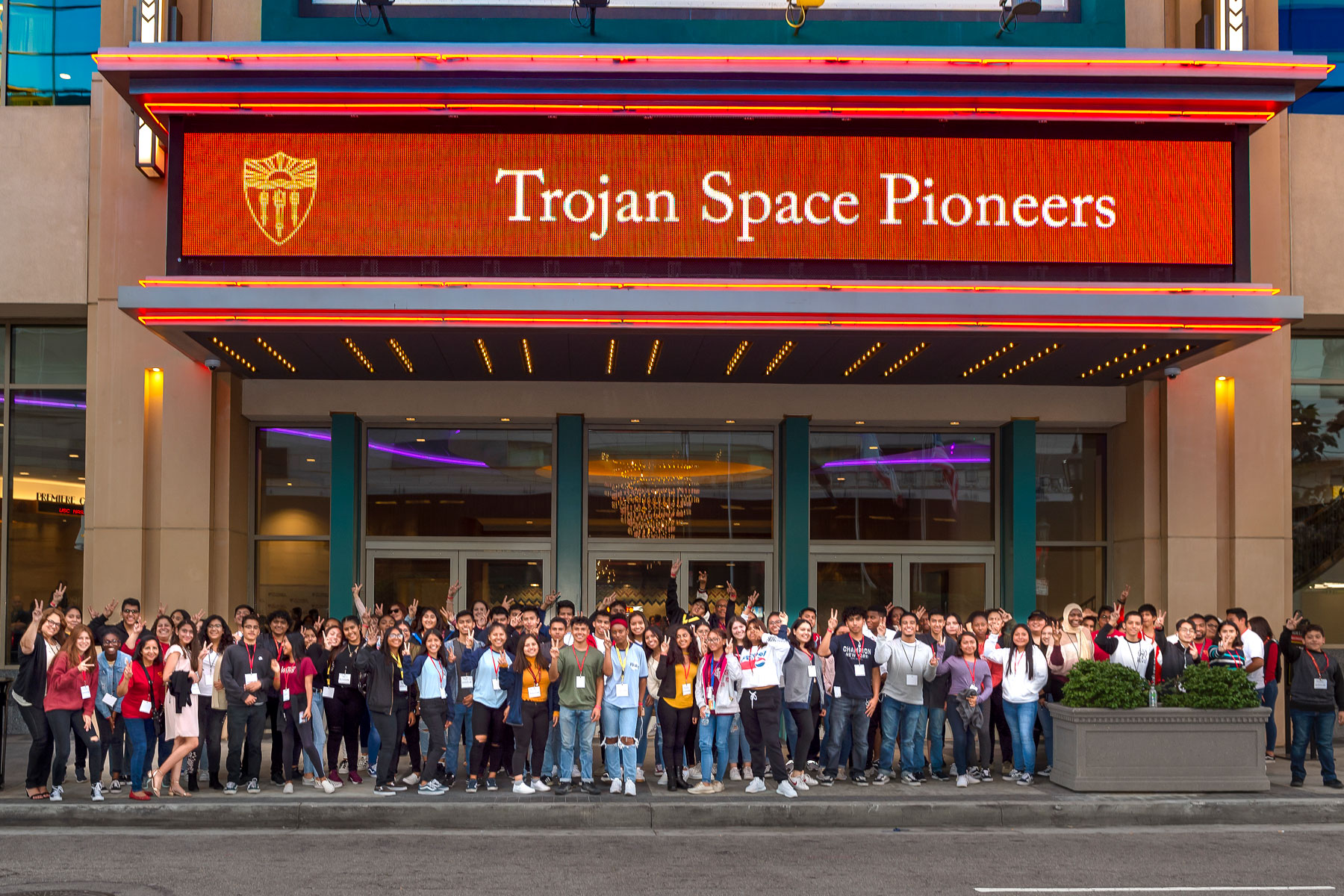 Train Travel at Supersonic Speed? A Trojan Alumna at Hyperloop Hopes to Make it Possible

USC Viterbi alumna Anita Sengupta works on a high-speed transportation system that’s like “a spacecraft flying on the ground.”