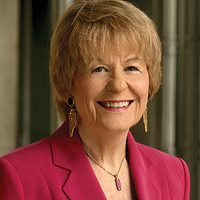 “The combination of economic stress and family commitments are complicated by emotional factors such as anxiety, fear and depression,” Kathleen Ell noted.

With the growing number of cancer survivors, the medical community and policymakers are paying increased attention to the psychosocial distress associated with the disease.

Little research, however, has been conducted regarding the ramifications economic strain has on the quality of life of cancer survivors, particularly low-income minority patients who are most affected by financial hardship.

A recent study funded by the National Cancer Institute and led by USC professor Kathleen Ell was the first cross-sectional, longitudinal study to specifically examine the issue.

The clinical trial tracked 487 low-income, predominantly Hispanic women with breast or gynecological cancer being treated at the LAC+USC Medical Center. The findings were reported in Cancer, the prestigious journal of the American Cancer Society.

“Among low-income minority populations, financial strain may also contribute to lack of access to supportive resources, such as hospital or community-based support groups and to problems remaining employed or returning to work,” Ell wrote in the journal. “Economic stress is also associated with depression, with higher prevalence among low-income populations, with evidence that financial strain and employment are causally related to depression.”

The study found that “patients without financial stress had significantly faster improvement rates over time in functional, emotional and physical well-being” as compared with patients who faced economic burdens because of their cancer diagnosis.

While the number of patients with depression decreased significantly over time, women who were unemployed or had medical-cost or wage concerns were more likely to exhibit symptoms of major depression.

“This is another piece of important data showing that the U.S. health care system has some serious deficiencies when health care is so difficult to access economically,” said Ell, the Ernest P. Larson Professor of Poverty, Ethnicity and Health at the USC School of Social Work.

Ell noted that sick time is not usually offered by employers of low-income workers. Patients often are faced with the choice of whether to spend money on their cancer care or on food for their family.

“Many of the patients in the study had child care responsibilities or were caring for an adult family member � a very culturally driven value model, particularly among Hispanics,” she said.

The study included a supplemental qualitative component, with 29 women interviewed. Seventy-two percent of women interviewed in the qualitative study described negative economic changes precipitated by their cancer diagnosis, including income decline, having to stop working, and increasing economic stress on both themselves and their family members.

“The combination of economic stress and family commitments are complicated by emotional factors such as anxiety, fear and depression,” Ell noted.

The Cancer article quotes several patients, including one who said: “I got scared … going through a bad depression.… I didn’t have a job, no money, with two children.… I’m alone (crying).…It was very difficult for me.”

Others noted difficulty with transportation, including one patient who had to take three buses to get to her treatments, while others mentioned varied challenges. “When I was diagnosed with cancer, I stopped working, so I could go to all my appointments and the operation.”

While Ell has focused much of her career on addressing disparities in health care for the underserved, she noted that this issue doesn’t just apply to the underserved.

“Middle class and uninsured patients with cancer are also likely to experience significant economic stress, such as employers asking ‘Can they fulfill their role at work while undergoing treatment?’ If you have to deal with all the financial implications, on top of the fears that come with cancer, it’s a double whammy. And the economic decline and lack of health insurance, which has gotten worse since the study was completed, is likely to stress patients with cancer across income levels.”

Ell noted that if the study had been conducted prior to 2002, before the availability of the California Breast and Cervical Cancer Treatment Program � which ensures Medi-Cal services for many low-income women with the most prevalent forms of cancer but does not support follow-up care or coexisting conditions such as depression � the findings of her latest research would have been “much worse.”

“In this study, we identified a problem, but the question it raises is: What can we do to mitigate the negative effects on quality of life? It’s clear that those who work with cancer patients need to look at socio-economic factors,” Ell said. “For patients with both depression and cancer, we must look at these factors even harder. We need to build on the knowledge from depression treatment studies and test cancer care management models that address socioeconomic stress to find out what’s effective and sustainable in real-world, community-based care systems.”

The High Cost of Cancer and Stress