Like many people, Hannah Garry assumed it was mostly doctors, not lawyers, who saved lives.

She discovered to the contrary in the summer of 1997, after traveling to Uganda as a research consultant on behalf of the Refugee Studies Centre at the University of Oxford.

“Lawyers were literally on the front lines,” she said. Researching the plight of refugees — many of them victims of human rights abuses — she realized the pivotal role attorneys can play in seeking justice for some of the most brutal abuse.

My research showed that lawyers could not only significantly help protect refugees from human rights abuses, but empower them to claim their rights.

“It was a life-changing experience,” she said. “My research showed that lawyers could not only significantly help protect refugees from human rights abuses, but empower them to claim their rights. After my time there, I knew I wanted to be an international human rights attorney.”

Now a clinical professor at the USC Gould School of Law, Garry helped establish the first legal aid clinic for refugees in Kampala, the capital of Uganda. Twenty years in, the clinic continues to change lives — assisting refugees fleeing neighboring countries and representing them before the United Nations and the Ugandan government.

“We are dedicated to using the law to fight for ideals of truth, justice and reconciliation,” she said. “Human rights must be upheld and fought for with fierce determination.”

Garry grew up in a farming town of 5,000 people in rural Illinois, the oldest of six children. It wasn’t until she was in her early 20s that she first ventured beyond the Midwest. International law was initially not on her radar.

But from an early age she dreamed of being a lawyer.

“I grew up in low-income circumstances,” she said. “I thought that if I became an attorney, I would always have financial security, and I knew that I wanted to help people.

“Although my parents had limited means, they were really good at teaching us about the importance of volunteering and taking care of others,” Garry said. “I knew that I also wanted to serve others with my law degree.”

Intrigued by international human rights after interning with a human rights advocacy group in Washington D.C., she went on to earn master’s degrees in forced migration studies from Oxford and in international affairs from Columbia University, before completing her JD at the University of California, Berkeley. At Boalt Hall, she was managing editor of the Berkeley Journal of International Law and was active in the International Human Rights Law Clinic.

But in the middle of her graduate studies, Garry took a detour to Uganda.

Crimes against humanity were in the headlines, both in Africa and Europe.

“I wanted to get some life experience,” she said.

“It was the Rwandan genocide, and it was the conflict in the Balkans. At the time, it was the worse refugee crisis since World War II,” she recalled.

Over the next 18 months, Garry implemented sociolegal field research into the protection of refugees under international law in Uganda and Kenya, where she was a field researcher with Oxford and Makerere University in Kampala.

Garry is focused on training the next generation of international human rights lawyers. 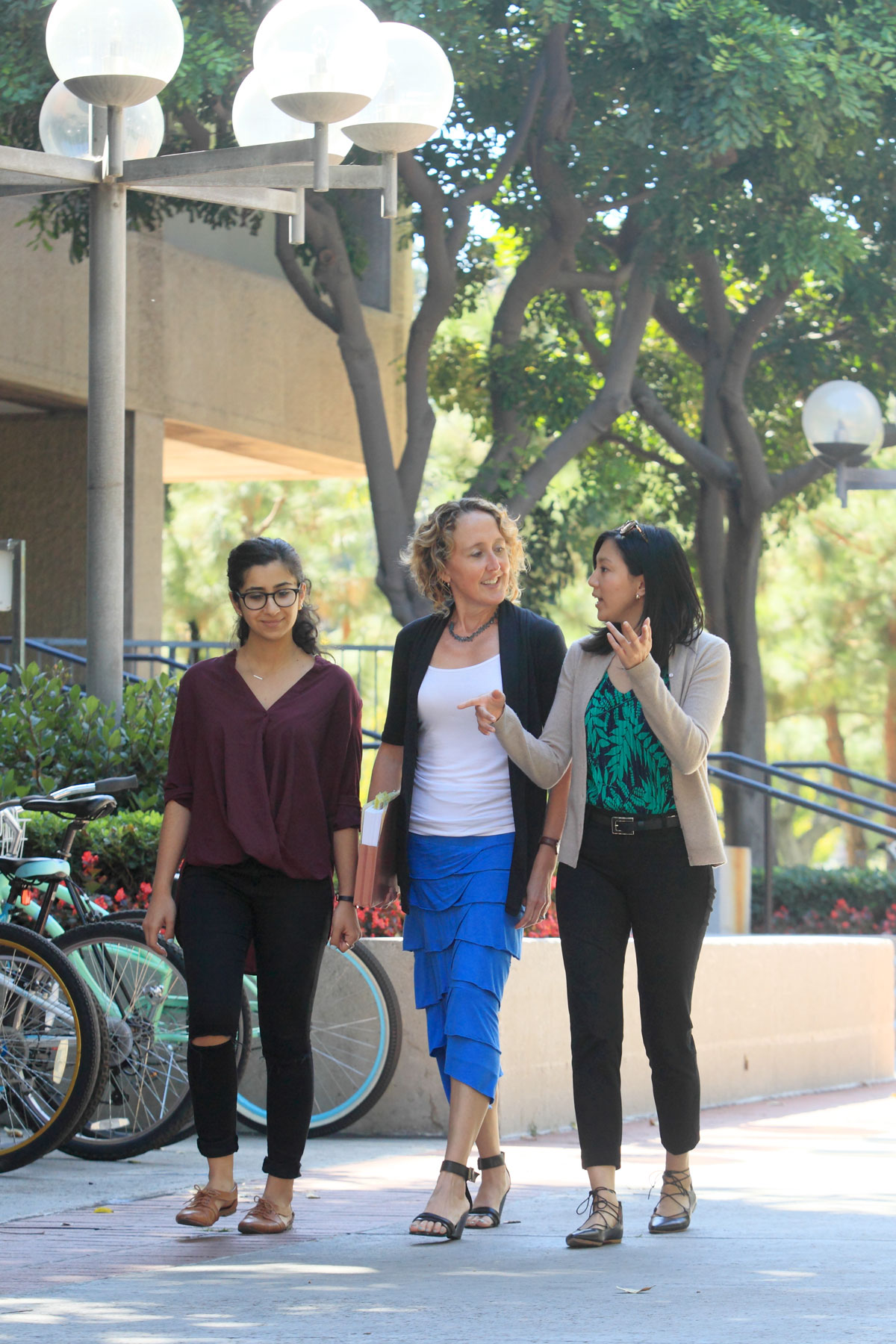 “Working in international criminal courts gives you a unique global perspective,” Garry said. “Justice can, at times, move slowly in these complex cases, but the hope is that through the process, truth and reconciliation are achieved for victims and affected societies.”

She also has experience in U.S. courts, having clerked for the Hon. Rosemary Barkett on the U.S. Court of Appeals, 11th Circuit, who is now an international judge on the Iran U.S. Claims Tribunal. Her private-sector experience includes work as an associate at Freshfields, Bruckhaus, Deringer LLP, where she practiced in international arbitration, dispute resolution and public international law groups.

Since 2010, Garry has focused on training the next generation of international human rights lawyers. In 2015, she was the recipient of the USC Mellon Award for Faculty Mentoring Graduate Students, a top recognition for USC faculty members. To date, she has helped nearly 40 USC Gould students to obtain competitive human rights fellowships and internships abroad.

Her next goal is to take USC Gould students to the clinic she helped establish in Uganda more than 20 years ago, building on experience gained this year in Beirut, Lebanon, where students represented four Syrian and Iranian refugee families in need of resettlement due to serious security threats and medical needs.

“It would be a dream come true,” she said, “to take my students to the Kampala clinic and have them also assist refugees in East Africa.”

And a chance to show them firsthand how lawyering can be life-saving work.

USC Gould School of Law Professor Hannah Garry has accepted a prestigious position as visiting legal adviser with the International Criminal Court in The Hague.

The International Human Rights Clinic at the USC Gould School of Law is adding a variety of domestic work to its legal docket, including the representation of human trafficking survivors,

Volunteers from the law school give immigrants free professional aid to complete the complicated naturalization form.