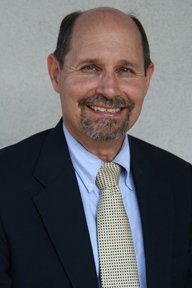 Michael Cousineau, associate professor of Family Medicine and Preventive Medicine at the Keck School of Medicine

The non-profit JWCH Institute honored Michael Cousineau, associate professor of Family Medicine and Preventive Medicine at the Keck School, with its Innovation Award at the annual Hand & Heart Gala on Nov. 7. He was recognized for his studies to advance understanding of access to health care for the homeless.

In 2003, Cousineau led a major study that found the biggest obstacle homeless adults and families faced in accessing care was not just a lack of service availability, but rather lack of coordination between service providers.

“The problem was really the fragmentation that existed,” he said. “We found that expansion wasn’t the answer at least initially. What we needed to do was create a more integrated approach to health care.”

The report became the foundation for the Skid Row Health Initiative—a collaboration among service providers around service integration—and the Leavey Center, a ground-breaking effort by the JWCH Institute to bring together under one roof a wide array of services aimed at addressing homelessness in downtown Los Angeles’ Skid Row.

Faculty from the USC School of Dentistry will provide dental services at the center. Efforts to include residents from Family Medicine and other Keck School departments also are being considered.

“This is a major enterprise, and it really came out of our report,” Cousineau said. “The award means a lot to me because it shows that the work we do at USC can be applied directly into things that help people. We were able to put our resources into doing a pretty extensive study, and it resulted in a large expansion of over $12 million so far to improve the health of this population.”