Peter Kuhn is setting out to build a Waze app for cancer.

Kuhn, Dean’s Professor of Biological Sciences at the USC Dornsife College of Letters, Arts and Sciences, has initiated two new research projects on two types of cancer at the USC Michelson Center for Convergent Bioscience. For both, he aims to create the equivalent of a navigation tool for oncology teams to select the best treatment options for patients based on the genetic characteristics of their cancer and their own health profile.

The Food and Drug Administration recently announced a collaboration agreement with Kuhn, who founded the USC Michelson Center initiative CSI-Cancer. The project centers on creating computational models that could predict how breast cancer patients would respond to specific treatments. 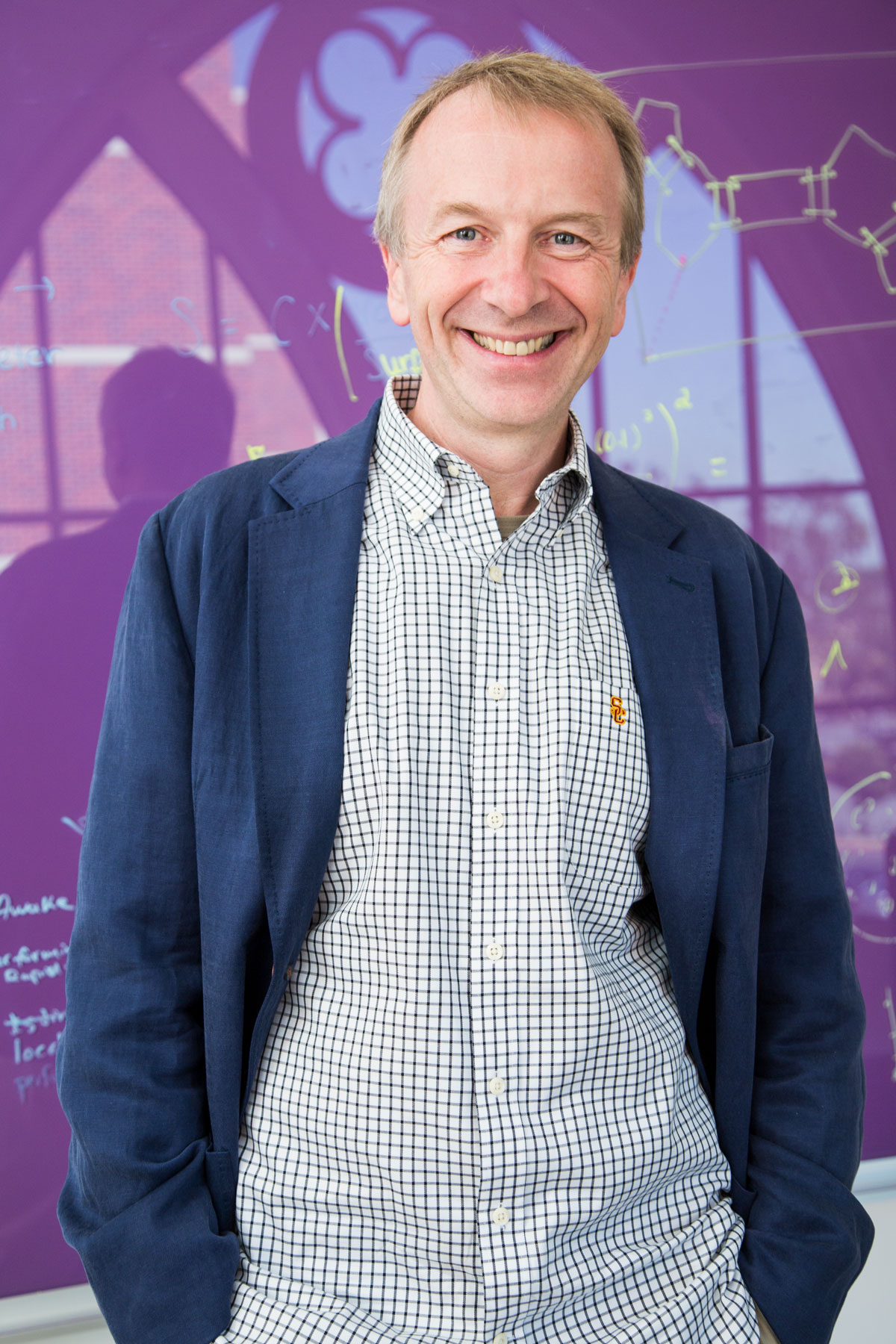 While Waze helps drivers reach their destinations as quickly as possible and with an accurate prediction of the arrival time, Kuhn aims to develop models showing the best treatment options for breast cancer or myeloma patients.

Inspired in part by his mother’s bout with breast cancer, Kuhn has spent years researching cancer. He is focused on obtaining, organizing and analyzing cancer patient data that enable doctors and patients to compare themselves to similar patients, which can inform their treatment decisions.

For the breast cancer project, the FDA’s Center for Drug Evaluation and Research and its Office of Hematology and Oncology Products (OHOP) have agreed to collaborate on phase 3 clinical trial data and clinical practice guidelines from completed breast cancer treatment trials. Kuhn and his team analyze the data sets with machine learning and algorithms to then generate computational models.

“Even though the primary research will be focused on breast cancer, the resulting approaches and models have the potential to be applied to other cancers,” FDA officials wrote in the agreement.

Every year, more than 237,000 women and 2,100 men are diagnosed with breast cancer. An estimated 41,000 women and 450 men die of the disease each year, according to the Centers for Disease Control and Prevention.

The risk of getting breast cancer increases with age. Most patients are diagnosed after age 60.

OHOP along with the FDA’s new Oncology Center of Excellence will cooperate with Kuhn to refine the mapping tool and ensure its success. “We are looking to provide greater clarity on treatment decisions, and to take the uncertainty out of the game,” Kuhn said.

With the start of a multimillion-dollar grant from the Adelson foundation, Kuhn said he hopes to make a map of myeloma’s development from its beginnings to its lethal stage. Such maps would help patients better understand their own disease trajectory and would guide the physician teams to tailor treatment plans for each individual patient.

“We have built a track record of characterizing disease,” said Kuhn, who holds joint appointments at the USC Viterbi School of Engineering and the Keck School of Medicine of USC. “We hope that the translation of our work can lead to new therapy strategies for patients at risk for multiple myeloma.”

Before cancer mapping tool helps with treatment, predicting who is at risk

Over 5 million adults over 50 in the United States alone are at risk of multiple myeloma and more than 30,000 Americans are diagnosed with the disease every year. About 12,000 die from the disease annually, according to the National Institutes of Health. Myeloma mostly affects people 50 and older. Its first sign is an abnormal cell in the bone marrow that then replicates. The cancerous cells accrue and eventually push out healthy cells.

Another condition, “monoclonal gammopathy of undetermined significance,” or MGUS, precedes the development of myeloma. MGUS is benign but detectable through urine or blood tests. However, it is unknown who among patients with MGUS is likely to develop myeloma and who will never be affected by the actual disease.

“That is a question that we are trying to answer,” said Kuhn, whose work was recognized by former Vice President Joe Biden as part of Biden’s Cancer Moonshot initiative.

Kuhn expects initial results from his myeloma research over the course of the next two years to guide the clinical development.

USC’s Michelson Hall, a hub for biotech research, is ready to change the world

The largest building on the University Park Campus brings together top engineers and scientists in shared spaces designed to encourage collaborative research.