The Boeing 787-9 Dreamliner roared down the runway before flying up and over Los Angeles International Airport. The Qantas flight, heading for Melbourne, Australia, seemed like any other departing LAX, except for the fact that this plane was partially powered by biojet fuel, making for a reduced carbon footprint.

That this — the world’s first United States-to-Australia biofuel flight — happened at all, is thanks to alumnus Steve Fabijanski.

While less than 5 percent of flights are currently powered by blending biofuel with traditional jet fuel, he is optimistic that eventually half of the more than 79 billion gallons of fuel used by the airline industry will be replaced by biofuel.

Fabijanski, who earned his PhD in biology in 1981 at the USC Dornsife College of Letters, Arts and Sciences, is the CEO and president of Agrisoma Biosciences Inc., the company he founded in 2001 in Quebec to provide a solution for more sustainable commercial transportation. 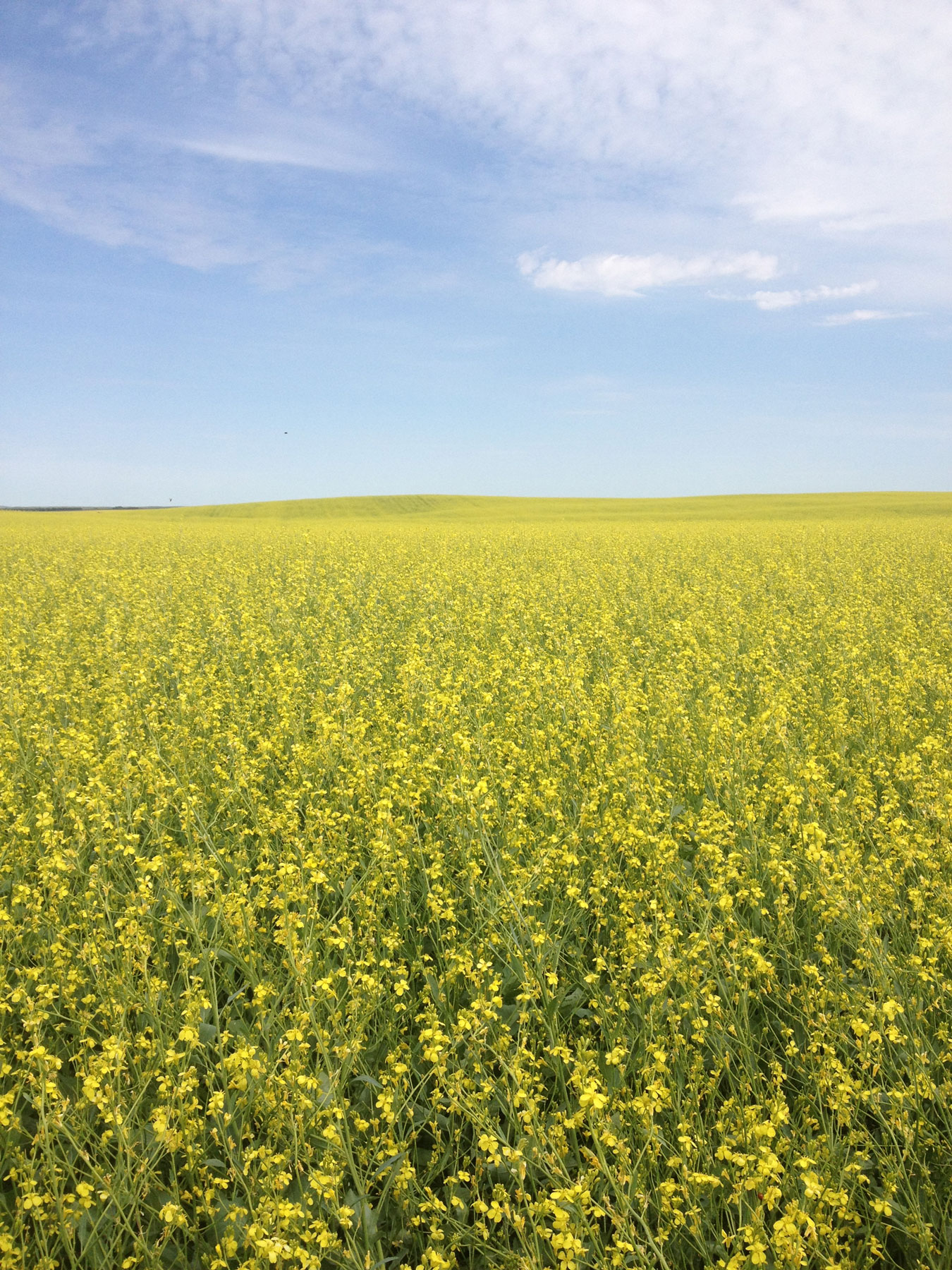 The answer, he found, lay in a mustard-like oilseed called carinata. Closely resembling kale in appearance, the plant, a combination of canola and mustard, has long been eaten as a vegetable in North Africa.

Fabijanski’s team used plant-breeding techniques to develop carinata into a non-GMO seed-producing crop containing high levels of oil and protein. The chemical composition of the oil makes it particularly well-suited to be refined into jet fuel. Once processed, carinata is chemically identical to conventional, fossil-fuel derived jet fuel.

In fact, Fabijanski said, anyone examining a gallon of jet fuel and a gallon of carinata-derived biojet fuel would be hard pressed to tell them apart.

But that’s not all, he argued. Carinata offers a win-win-win situation for the environment, the world’s food supply and farmers.

Not only does biojet fuel reduce our carbon footprint, the protein contained in carinata seeds can be used for animal feed. The plant also has the capacity to rejuvenate and enrich the soil.

His company’s mantra, he stresses, is to grow this crop without taking food out of production.

“We want to add to the overall food supply through this animal feed product so we can produce energy and more food, but not increase the footprint of farming,” he said. “That’s one of the big challenges — how to feed and power the planet without taking away natural prairie and pasture.”

The answer? Fabijanski developed carinata to flourish in areas where typical food crops won’t grow or during a season where a food crop cannot be grown due to crop rotation.

“The company we formed was built on the idea that we can do better with what’s available and we can do more with less,” Fabijanski said of Agrisoma Inc.

Born in 1960s Chicago to a machinist and a housewife, Fabijanski’s upbringing during a politically turbulent era not only helped forged his belief that it was possible to change things for the better, but also sharpened his determination to do so.

I remember civil rights riots, Watergate, the Vietnam War — all these areas where, if you had enough people focused in the right direction, you could actually change things.

“I remember civil rights riots, Watergate, the Vietnam War — all these areas where, if you had enough people focused in the right direction, you could actually change things,” he said. “Part of that philosophy rubbed off on me.”

Fabijanski originally wanted to be a marine biologist, attending the University of Miami for his undergraduate degree, but his growing interest in genetics and protein chemistry and his desire to work with Maria Pellegrini, formerly professor and chair of biology and dean of research, brought him to graduate school at USC Dornsife.

There, Fabijanski said he found the freedom to be creative and to think differently.

“Those were the best years of my life. Biology, at that point, was throwing out surprises that nobody could see six months before. It was a very exciting time to be part of that.”

Fabijanski’s first focus after earning his doctorate was how to use technology to increase crop yields in order to feed the world.

The solution — creating hybrid seeds, which provide better crop performance and overall yield — came to Fabijanski and a group of fellow scientists over beers in a Toronto bar. Originally sketched out on a cocktail napkin, this pioneering concept underpinned Fabijanski’s first company, Paladin Hybrids, one of the first companies to apply techniques of biotechnology to the production of hybrid seeds.

To invigorate self-pollinating plants, their thinking went, they could make them into male or female plants, then combine them to create hybrid seeds.

Fabijanski filed the patent for the idea — one of 96 he currently holds. It’s the one that makes him happiest. It’s also the one, he noted, that underpins the 22-million-acre-strong Canadian canola seed industry.

“To see an invention go to a patent, and then see that patent show up in regular commerce was a huge accomplishment, both from a patent and a development perspective,” he said.

However, of all his achievements to date, Fabijanski is most proud of his degree from USC Dornsife. It inspired him, he said, to try to change the world.

“It’s a lofty goal, but I think we’ve made an impact in terms of demonstrating there are ways to create positive change that don’t require you to wear organic cotton T-shirts and Birkenstocks. You can actually work within a well-established industry to bring about some meaningful change so it becomes more sustainable.”

USC study of turbulence could make a difference in flight time, fuel efficiency

The new method generates hydrogen and stores it efficiently, and without further polluting the environment.

The research could one day create a sustainable fuel source from greenhouse gas emissions.