The USC Roski School of Art and Design has named Haven Lin-Kirk as incoming dean.

Lin-Kirk is a longtime professor of art and design and most recently served as USC Roski’s vice dean of design. Her tenure at USC Roski has brought national acclaim to the school and, this past year, Lin-Kirk oversaw the addition of an MFA in Design program that will be housed in a new facility in Los Angeles’ Arts District. 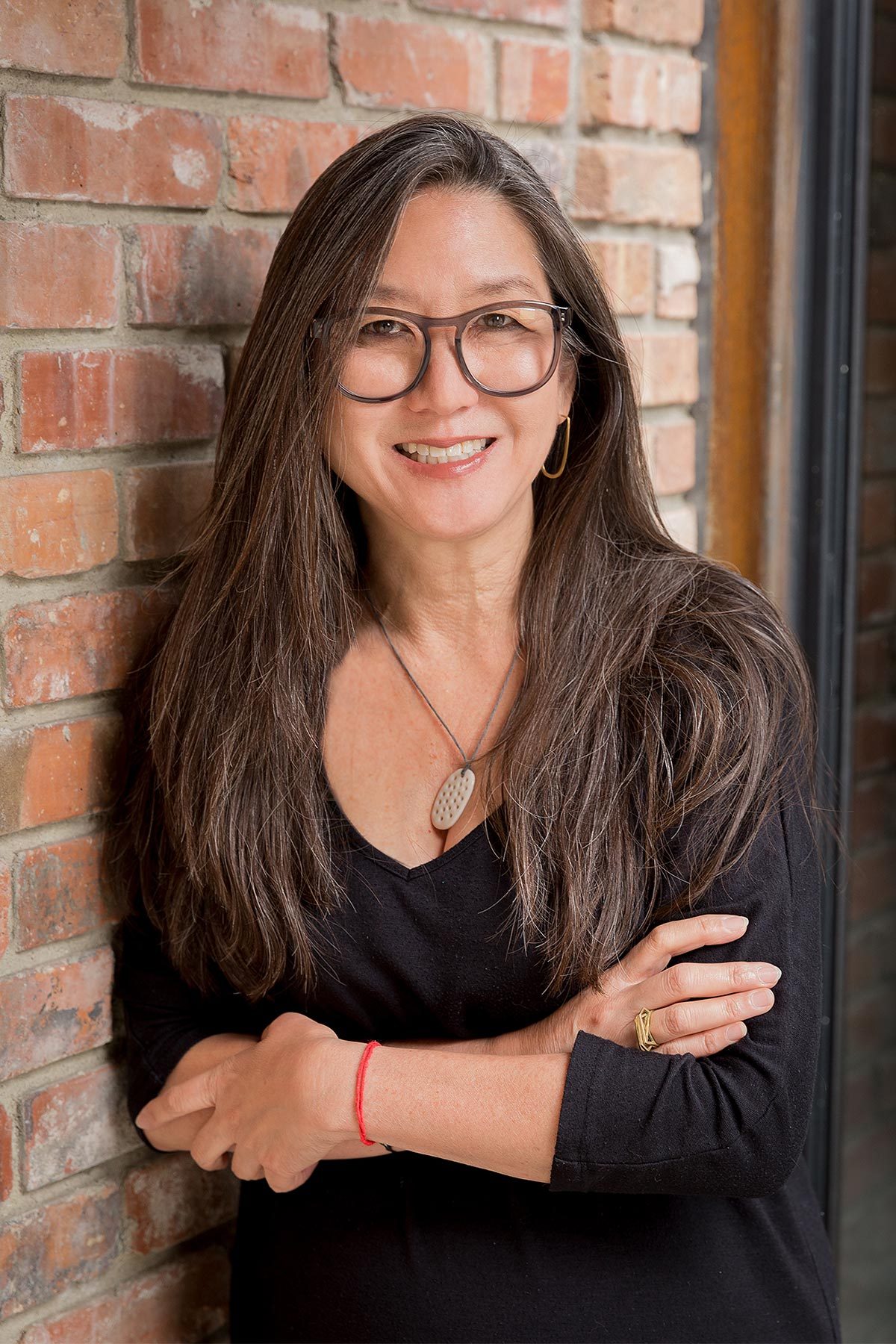 Haven Lin-Kirk has taught design at USC Roski for 17 years and lectured at prestigious institutions throughout Southern California. (Photo/Hiroshi Clark)

“She is a respected professor, an artist and designer, accomplished scholar and researcher. We are excited to see the USC Roski School under her leadership.”

With a diverse background in art, design and education, Lin-Kirk has taught design at USC Roski for 17 years and lectured at prestigious institutions throughout Southern California. Her pedagogy strives for cross-discipline study and individual practices uniquely afforded by the diversity within the USC Roski community and broad opportunities at USC’s professional schools.

“The enormous creativity and skill I have witnessed over the years at USC Roski is the foundation and driving force of my professional life, for which I feel privileged,” said Lin-Kirk, a professor of practice in design.

“But it requires countless contributions to actualize our students’ potential, and I look forward to engaging with all who are a part of this school to continue to elevate the programs and their benefits for our emerging artists in the coming years.”

Lin-Kirk has been involved in design education for more than 20 years. In addition to being on the faculty at USC Roski, she frequently lectures and conducts workshops at a number of Southern California institutions including Scripps College, Loyola Marymount University, UCLA, the Architecture + Design Museum and Otis College of Art and Design. Professionally, she is an award-winning designer with a list of clients that includes the Los Angeles Times, Claim Jumper, Marie Callender’s Restaurant & Bakery, Pennzoil, Quark Xpress, Adobe, NASCAR, Random House E-books and Toyota.

Lin-Kirk is also an accomplished artist, having had exhibitions at the Brewery Arts Complex; PØST Gallery; the Luckman Fine Arts Complex at California State University, Los Angeles; the Ruth Bachofner Gallery in Santa Monica; the Peggy Phelps Gallery and East Gallery at Claremont Graduate University; and the Otak Gallery in Dubrovnik, Croatia, among others.

Born in Taipei, Taiwan, of Chinese descent, Lin-Kirk moved to Montreal and then to the United States as a child. She earned a BA at California State University, Fullerton and an MFA at Claremont Graduate University. She has received a National Endowment for the Arts Access to Artistic Arts Excellence (with USC Roski design students and Ryman Arts, L.A.), received eight Maggie Awards for excellence in layout and publication design and was recognized by the Los Angeles mayor’s office as one of the Asian and Pacific Islander American Heritage Month’s artists.

The USC Roski dean oversees the MFA in Art, MFA in Design, MA in Curatorial Practices and the Public Sphere, BFA in Art, BFA in Design, BA and minor programs, as well as all non-academic aspects of the school. Lin-Kirk will begin her new role July 1.

More stories about: Faculty, Roski School of Art and Design

Two-year curriculum focusing on design and social practices will be housed in downtown Los Angeles’ vibrant At Mateo complex.

Participants in Art Division, a Westlake nonprofit, took lessons with some of USC’s top artists, then displayed their own work.

USC Roski alumni demonstrate how an interdisciplinary approach has empowered them to become leaders and specialists in their field.