Stephanie Saldana was born with amelogenesis imperfecta, a rare tooth development disorder that causes teeth to be unusually small, grooved or discolored. Because of that disorder, Saldana would instinctively cover her mouth to avoid being bullied by classmates.

Thanks to the work of two Herman Ostrow School of Dentistry of USC students, the 14-year-old girl no longer has a reason to hide from anyone.

After being told by two dentists that her daughter would lose her teeth by the age of 15 unless she underwent a $30,000 dental procedure, Elodia Saldana had no idea what to do.

“They scared me when they told me the price,” said Elodia Saldana, who works at a Mexican restaurant in Gardena. 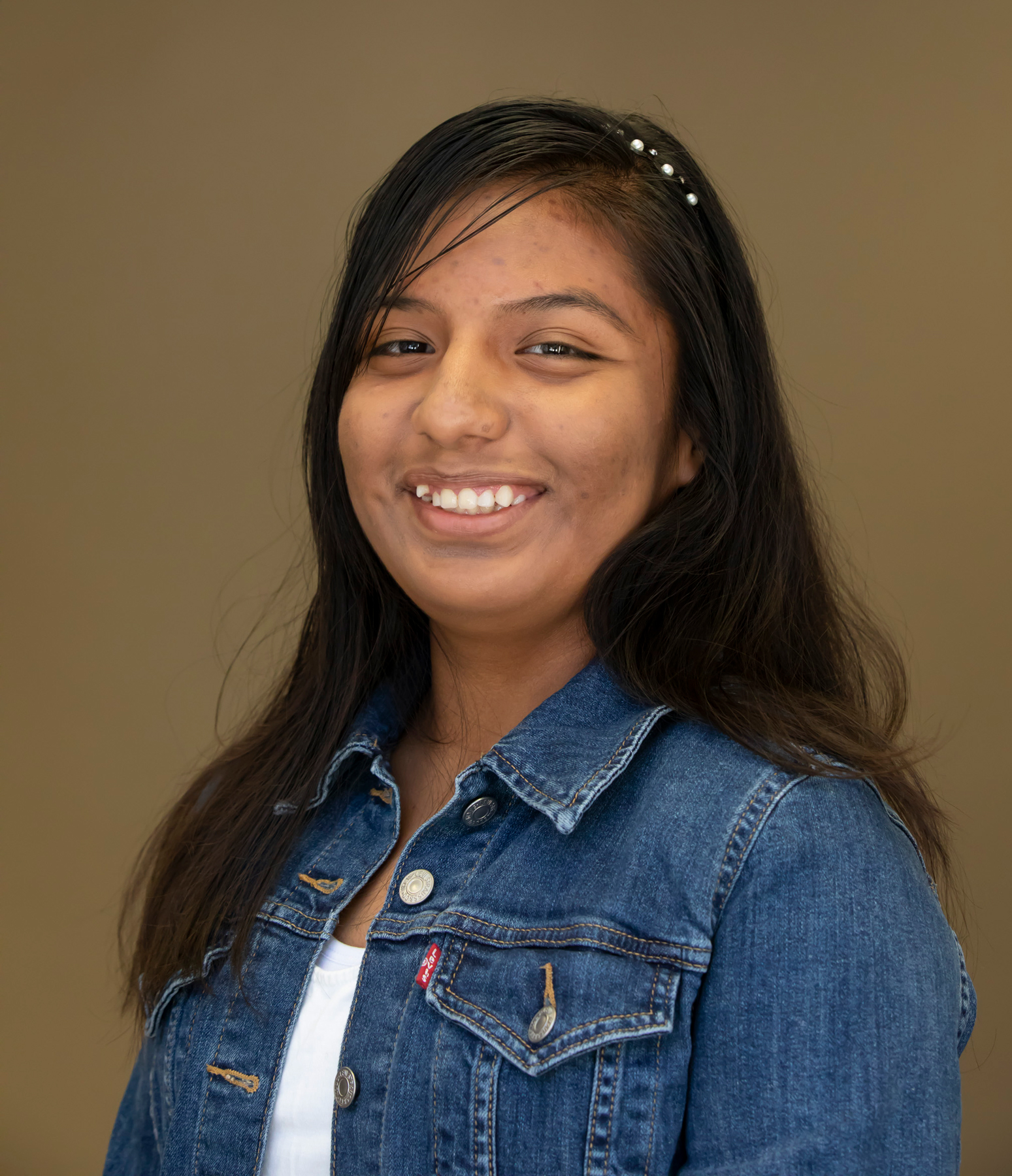 Without intervention, Stephanie Saldana was told she would have lost all her teeth by age 15. Her mother was able to get medical treatment at USC’s Pediatric Dentistry Clinic. (Photo/Nate Jensen)

Determined to save her daughter’s teeth, Saldana took her daughter on a one-hour metro and bus ride to USC after a friend suggested the dental school.

The two were directed to USC’s Pediatric Dentistry Clinic, where dental students complete a three-week rotation as part of their education. They are also required to finish two one-week rotations at QueensCare — a mobile dental care program for low-income elementary school-age children — followed by a one-week rotation at a mobile clinic.

“When I saw the doctors, I felt an enormous sense of peace,” Elodia Saldana said.

“I was so scared and nervous,” Elodia Saldana recalled. “I felt a lot of butterflies in my stomach, but then Dr. Beale said, ‘No, we are going to save her teeth. She is going to smile again, and we are going to work hard.’ I was so happy.”

Aware of the interest Ligans and Hernandez had in amelogenesis imperfecta after encountering the condition in a previous clinic patient, Beale and Julie Jenks, an assistant professor of clinical dentistry, offered them Saldana’s case.

“I jumped on the opportunity as fast as I could because I knew it would be an amazing learning experience,” Hernandez said.

For Ligans, the decision to take on Saldana’s case was also rooted in genuine sympathy.

“Most people go to the dentist because they were neglectful of their teeth,” Ligans said. “She was just dealt an unfair hand based on genetics.”

Over the course of a year and a half, Ligans and Hernandez worked together on Saldana’s case, under the supervision of Beale and Jenks.

Before any work could begin, Hernandez and Ligans had to create an economical plan to supplement Saldana’s Denti-Cal coverage so that her mother would not have to pay out-of-pocket for the treatment.

Scheduling appointments that would suit everyone — including Beale and Jenks — was also challenging.

“We had to work around our own schedules, lectures, other patients, rotations and holidays,”  Hernandez said. They also had to limit Saldana’s appointments to once a week so she wouldn’t fall behind in her schoolwork.

In the end, the teamwork approach made it all possible.

“We split the work 50/50 to make sure we gave our best to Stephanie,” Hernandez said. “The days I couldn’t make it, Erik stepped in to keep pushing ahead, and the days Erik couldn’t make it, I’d step in to continue the work.”

Saldana’s treatment included taking impressions of her teeth, mounting the impressions and waxing every single tooth in her mouth to give her composite crowns. But the most impactful part of her treatment was when she was given composite veneers.

“This was the point where she saw how this treatment could change her life,” Hernandez said.
The two students also increased her bite before removing all other defects in her teeth and filling them with composite.

When we first saw [Stephanie], she was really shy. But as we were doing the treatment and fixing her teeth, she gradually became more outgoing.

“When we first saw her, she was really shy,” Ligans said. “But as we were doing the treatment and fixing her teeth, she gradually became more outgoing.”

The three became friends, often joking around, talking about school and discussing Saldana’s interest in karate.

“She was the best patient,” said Ligans, noting that she and her mother never missed an appointment. “She never complained.”

Now a freshman at Narbonne High School in Harbor City, Saldana has never been happier.

“I feel like a different person,” she said. “I just thank them so much for giving me another chance to smile.”

Elodia Saldana can’t help but marvel at her daughter’s transformation.

“She talks more, and her grades have gone up,” she said. “I think God heard my prayers. Those three doctors are like angels to me. We don’t have much money, but I am so grateful.”

After witnessing how dentistry changed her life, Saldana has decided she wants to become a dentist and a Trojan.

“I want to go to USC,” said Saldana, who has enrolled in Advanced Placement classes. “I’m trying so hard to get As and Bs in my classes.”

Even though Saldana’s treatment has ended, Hernandez checks in with her occasionally to see how she’s doing in school and to watch for any dental issues that might arise.

“I want to know that the work we did will last. I take pride in my work and know that USC has taught us well,” he said. “Getting feedback from Stephanie telling me she is not in pain gives me a sense of accomplishment knowing we did a great job.”

Saldana’s case not only served as a confidence booster for Hernandez and Ligans to tackle rare cases, but it also reminded them why they chose dentistry in the first place.

“Sometimes as students we get so caught up in requirements, graduation and school work that we don’t stop to notice there is a whole person attached to that mouth,” Hernandez said. “I am so blessed to have been able to work on this case to remind me of what type of dentist I would like to be once I graduate from USC.”

Melissa Gerald’s parents struggled with drug addictions and told her college was for “the rich,” but the determined young woman followed her own path.

Lara Kerr survived a scary childhood accident that led to even more work on her teeth as an adult.

Ostrow School of Dentistry faculty member aims to change the way prosthodontics is taught at USC.

Fifty students and 16 faculty members travel to a school where patients will receive oral surgery and more.