Nicholas Warner wants to figure out how matter behaves at the most extreme frontier of the universe. Warner, professor of physics and astronomy and mathematics at the USC Dornsife College of Letters, Arts and Sciences, recently received a prestigious grant from the European Research Council to study a problem first revealed by Stephen Hawking — the black hole information paradox.

So what exactly is this paradox?

Black holes are defined by their immense gravitational fields — fields that are powerful enough to trap light as well as matter. This matter carries information, such as its composition, mass and position. Since black holes collapse upon themselves, everything gets so compressed that modern understandings of physics also collapse. 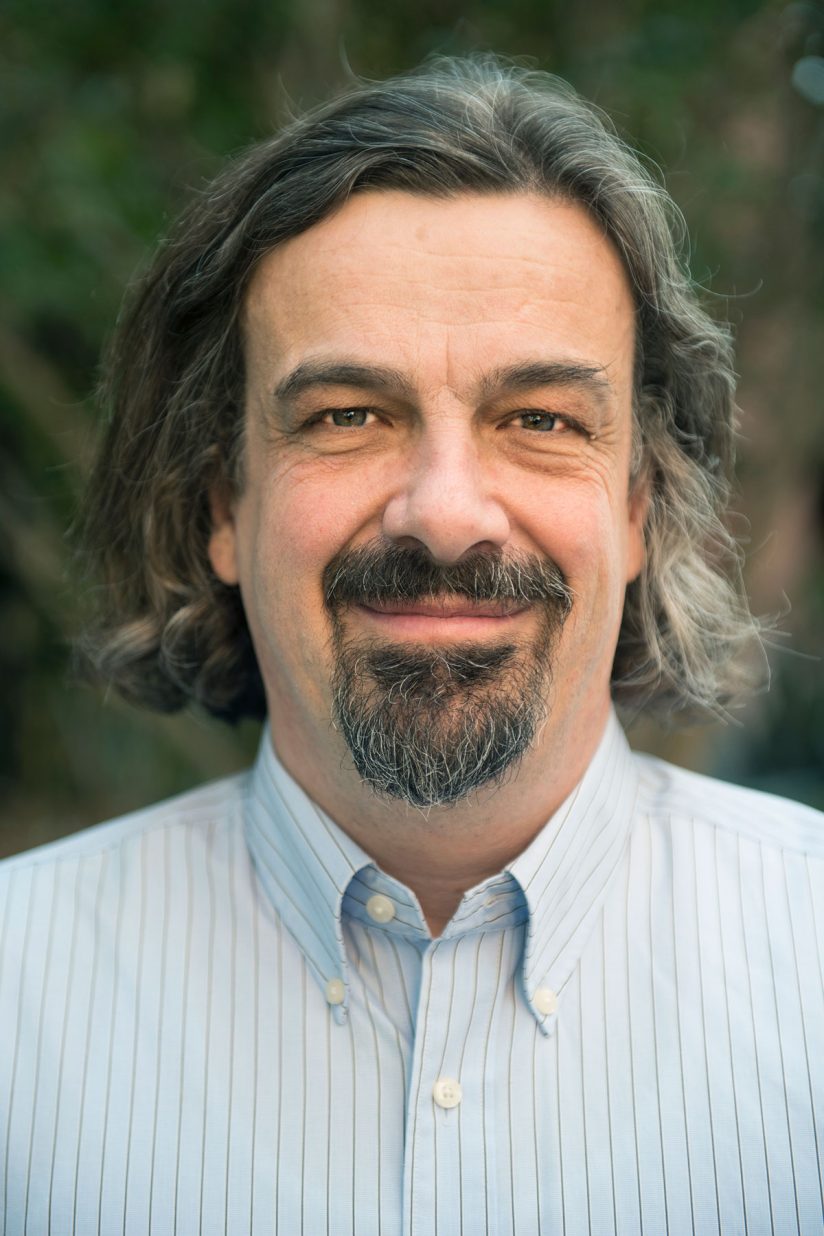 “The simplest way to describe it,” Warner said, “is that one of the properties of black holes is that once stuff is inside them, they are featureless from the outside. So when you make a black hole, you’ve essentially erased from the outside any information about how you made it.”

Warner likens the problem to forensic science — trying to reconstruct a crime scene from blood spatters and fingerprints. The formation and evaporation of a black hole erases everything from the crime scene, but this is forbidden by quantum mechanics. This problem has been around for about 40 years, and Warner started working on it in 2007: He uses string theory to uncover the hidden quantum structure of black holes.

Stop at the horizon

The new five-year ERC Advanced grant will allow Warner to work at the Institut de Physique Théorique near Paris, puzzling over the quantum structure of black holes and the recovery of information. Starting in January, he’ll spend three of the next five years in France, with the other years at USC Dornsife.

Warner acknowledged how supportive USC has been of his work — both in California and in Europe.

“I view the fact that I can go and do this thing as yet another manifestation of the very strong support they’ve given me,” he said.

Other physicists are working on different parts of the black hole information paradox, using different approaches. Warner said it feels a bit like the old parable of the blind men and the elephant. In the story, six blind men stand next to an elephant, trying to discern what they are touching. One touches the side and says it’s a wall; another touches the animal’s trunk and says it’s a leg.

“Everyone has a piece of the thing, and they extrapolate based on what they can detect and analyze,” Warner said. That’s not unlike the various approaches to solving the black hole information paradox. “The other people working on this are really smart, but I think we have a huge chunk of the puzzle in our approach,” he said.

Hawking, the renowned theoretical physicist, was Warner’s thesis adviser at the University of Cambridge, where Warner earned his PhD in physics and mathematics in 1982. The two men remained in touch through the years, and Warner was one of 500 people who attended Hawking’s funeral in late March. He has also been invited to the public memorial and interment on June 15 in Westminster Abbey, where Hawking will be buried next to Isaac Newton and Charles Darwin.

As he looked around the room during the funeral, Warner had a realization.

“Basically every scientist there is in some way working on this particular problem, in one form or another, that Stephen put out there in 1980.

“It is deeply challenging,” Warner said. “I think that is his greatest legacy, that he discovered this issue and we are still trying to figure it out.”

Nicholas Warner, professor of physics and astronomy at the USC Dornsife College of Letters, Arts and Sciences, has been named a 2013 Simons Foundation Fellow.

The physicist who found respect with Norman Lear

Alumna Virginia Carter began her career as an aerospace physicist before joining the feminist movement in the 1960s and taking an unlikely turn into the entertainment industry.