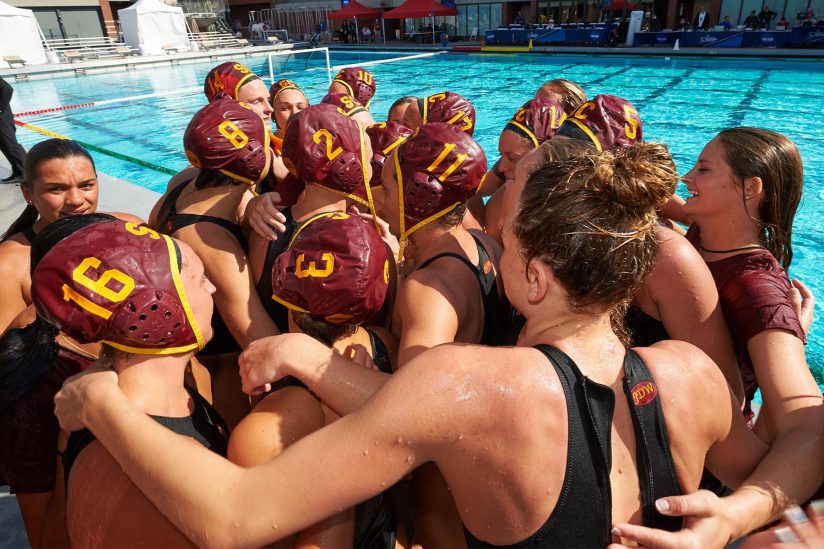 In a defensive battle for the 2018 NCAA championship, it was the top-seeded host USC women’s water polo team that had the hot hand when it counted.

Sophomore Denise Mammolito’s third goal of the second half was the decider, although a huge 10th save from goalie Amanda Longan would help secure things late in the fourth as the Trojans locked up their sixth national championship with a 5-4 victory over No. 2 seeded Stanford on Sunday at the Uytengsu Aquatics Center on the USC University Park Campus.

With USC’s 16th straight win of the year, the Trojans claimed the university’s 105th NCAA team championship and the sixth for the USC women’s water polo program. It was USC’s second NCAA title in three years, and improved the 2018 Trojans to a final 26-1 overall record. It was head coach Jovan Vavic’s 15th national championship as a head coach at USC, with six titles won by the USC women and nine by the USC men — all under Vavic’s watch.

Nine USC sports had a graduation success rate this year above 90 percent, with five having perfect scores of 100 percent.

Success in the pool is a family business

Compared with coverage of men’s sports, women are talked about on local channels and ESPN in a mandatory and dull way, a decades-long USC study finds.