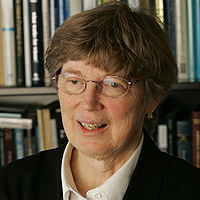 Diabetics have a significantly greater risk of dementia, both Alzheimer’s disease � the most common form of dementia � and other dementia, according to new data from an ongoing study of twins. The risk of dementia is especially strong if the onset of diabetes occurs in middle age, the study revealed.

“Our results . . . highlighted the need to maintain a healthy lifestyle during adulthood in order to reduce the risk of dementia late in life,” said USC College professor Margaret Gatz, who directs the “Study of Dementia in Swedish Twins.”

In a study published in the January issue of Diabetes, Gatz and researchers from Sweden showed that getting diabetes before the age of 65 corresponds to a 125 percent increased risk for Alzheimer’s disease. Nearly 21 million people in the United States have diabetes, according to the American Diabetes Association, which publishes the journal.

This risk of dementia or Alzheimer’s was significant for mid-life diabetics � as opposed to those who develop diabetes after 65 � even when controlling for family factors. In other studies, genetic factors and childhood poverty have been shown to independently contribute to the risk of both diabetes and dementia.

“Twins provide naturally matched pairs in which confounding factors such as genetics and childhood environment may be removed when comparisons are made between twins,” explained Gatz, professor of psychology, gerontology and preventive medicine at USC and foreign adjunct professor of medical epidemiology and biostatistics at the Karolinska Institute in Sweden.

Indeed, the chances of a diabetic developing Alzheimer’s disease may be even greater in real life than in the study, wrote the researchers, who identified several factors that might have led them to underestimate the risk of dementia and Alzheimer’s among those who develop diabetes before the age of 65.

Diabetes usually appears at a younger age than dementia does, the researchers noted. Diabetes is also associated with a higher mortality rate, which may reduce the size of the sample of older adults. In addition, approximately 30 percent of older adults with diabetes have not been diagnosed.

The results of the study implicate adult choices such as exercise, diet and smoking, as well as glycemic control in patients with diabetes, in affecting risk for Alzheimer’s disease and diabetes, according to the researchers.

The sample for the study was 13,693 Swedish twins aged 65 or older in 1998, the year tracking for dementia began. Information about diabetes came from prior surveys of twins and linkage to hospital discharge registry data beginning in the 1960s.

Weili Xu of the Karolinska Institute was the lead author of the study, which was a part of her dissertation research.

The research was supported by grants from the National Institute on Aging, the Alzheimer’s Association (USA), the Swedish Research Council in Medicine and Swedish Brain Power.