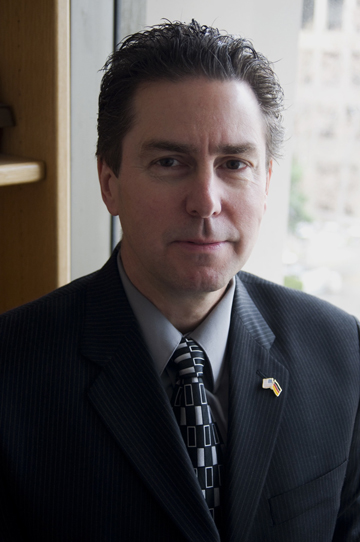 Axel H. Schönthal, associate professor in the Department of Microbiology and Immunology

USC researchers have found a surprising side effect of using green tea for a certain population. In people being treated with Velcade (bortezomib) for multiple myeloma and mantle cell lymphoma, the herbal supplement is likely to make the drug completely ineffective in treating cancer.

The study, which found that a component of green tea extract (GTE) called EGCG destroys any anticancer activity of Velcade in tumor-bearing mice, will be published in a future print edition of the journal Blood. It is available online now at the journal’s pre-publication First Edition Web site (Feb. 3 section) at

“Our hypothesis was that GTE or EGCG would enhance the anti-tumor effects of Velcade, and that a combination of GTE with Velcade (or EGCG with Velcade) would turn out to be a superior cancer treatment as compared to treatment with Velcade alone,” said lead author Axel H. Schönthal, associate professor in the Department of Microbiology and Immunology at the Keck School of Medicine. “Our finding that GTE or EGCG blocked the therapeutic action of Velcade was completely unexpected.”

Using preclinical models and tumor-bearing mice, the researchers found that the unusually effective blockage of Velcade’s therapeutic activity was based on the chemical interaction between molecules. The EGCG molecule and the Velcade molecule were able to form chemical bonds with each other, meaning that the Velcade molecule could no longer bind to its intended target inside the tumor cells.

Clinical trials to verify these results in humans would be considered highly unethical due to the predictably unfavorable outcome. Nevertheless, the researchers expect the results of the study to be applicable to cancer patients.

“The most immediate conclusion from our study is the strong advice that patients undergoing cancer therapy with Velcade must avoid green tea, and in particular all of its concentrated products that are freely available from health food stores,” said Schönthal. “It is important to spread this message to health care providers who administer Velcade to patients.”

Herbal remedies, including green tea, have become a popular remedy for cancer patients dealing with side effects of chemotherapy. However, these supplements are unregulated and, for most, their beneficial and/or detrimental effects have not been qualified through research.

Schönthal pointed out that for patients on Velcade, supplementing with green tea products should reduce the burden of harsh side effects – which might be attractive to the patient, but comes at a high cost.

“Essentially, in addition to not being able to attack tumor cells, Velcade would be unable to cause side effects either,” he said. “As a result, the patient would feel a lot better and conclude that the consumption of GTE helped cope with side effects – while in reality, Velcade simply wasn’t active in the first place.”

The research findings are part of a larger project run by the team called “Yin-Yang” Properties of Green Tea Extract in Combination Cancer Chemotherapy: From Encouragingly Beneficial to Dangerously Detrimental.

“Obviously, the combination of GTE or EGCG with Velcade is an example of ‘dangerously detrimental,'” said Schönthal. “But we are also studying another well-established chemotherapeutic drug, where the inclusion of EGCG appears to yield an ‘encouragingly beneficial’ outcome, which is more in line with our original expectation that GTE should be beneficial, not detrimental.”

The study was funded by the Multiple Myeloma Research Foundation.