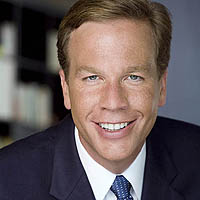 Dave Logan and his co-author spent eight years researching and writing The Three Laws of Performance: Rewriting the Future of Your Organization and Your Life.

USC Marshall School of Business professor Dave Logan’s forthcoming book, The Three Laws of Performance: Rewriting the Future of Your Organization and Your Life, explores the ways leaders can create systematic change, rather than focusing on solving a single problem, in order to turn around their organizations or take them to the next level.

“The key to transformation is designing a future that creates a systematic change that impacts everyone,” Logan said. “Leading an organization involves knowing about finance accounting, marketing and strategy. Essentially, a good leader comes in and manages the future rather than letting it happen. Future management, that’s what great leaders do.”

Logan and his co-author Steve Zaffron spent eight years researching and writing the book, looking at language theory, neuroscience and psychology among other disciplines to craft their laws of performance, essentially laws that govern human behavior.

Using the book’s “three laws” and the leadership corollaries, Logan shows how the CEO of a New Zealand steelmaking company made it an industry leader in just one year; how a major Japanese real estate and construction company learned to thrive after losing its founder; and how a South African platinum mine improved its safety performance by 57 percent in one year.

A person’s reaction to the facts of business life are central to the book.

“There are really two recessions,” Logan noted as an example. “One is the recession we read about in the paper � lost jobs, tight credit, falling consumer credit. The second is how those facts occur to people. Many chief executives I speak with are paralyzed by fear, seeing a crisis that will not end, a depression that will rob them of their security and over which they have no control.”

Other chief executives Logan interviewed, seeing the same facts, came away with a different view. “They say, ‘This is our opportunity to grab market share, shed parts of the business that haven’t pulled their weight and come out the dominant player in the market.’ These two CEOs will behave differently, not because of the facts, but because of how the facts occur to them,” he said.

Ultimately, Logan said, putting the three laws into action moves an organization and its individuals toward optimal performance. This also opens the possibility to create what Logan called a self-led organization � one that sees itself as acting consciously and with a conscience.

Logan is a lecturer in the management and organization department of the USC Marshall School of Business. From 2001 to 2004, he served as associate dean and executive director of executive education. He has written four books, including Tribal Leadership, which was released in 2008.

Rewrite the Future, Change the System