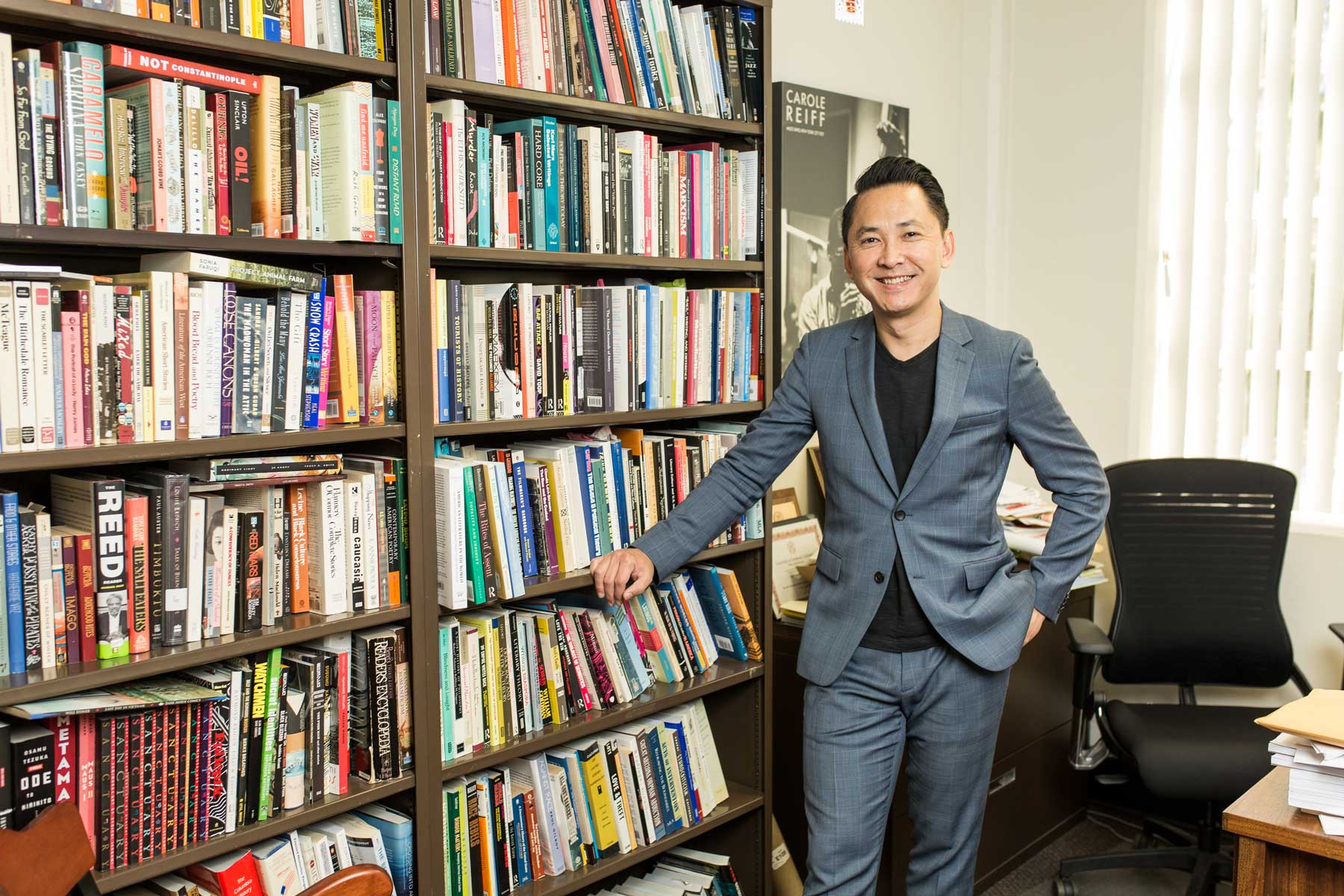 Viet Thanh Nguyen has been elected to the American Academy of Arts & Sciences. (Photo/Courtesy of the John D. and Catherine T. MacArthur Foundation)

University Professor Viet Thanh Nguyen of the USC Dornsife College of Letters, Arts and Sciences has been elected to the American Academy of Arts & Sciences.

Posting a portion of the AAAS announcement to Twitter, Nguyen expressed awe at being associated with one name in particular: “I shivered a little to see my name next to Barack Obama in this announcement about our selection as members of the American Academy of Arts and Sciences.”

“This was a completely unexpected honor, for which I’m grateful,” said Nguyen, University Professor of English, American Studies and Ethnicity and Comparative Literature and Aerol Arnold Chair of English.

Viet Thanh Nguyen at the Festival of Books

Viet Thanh Nguyen participates in a conversation with fellow author Alexander Chee on Sunday during this weekend’s Los Angeles Times Festival of Books on the USC University Park Campus. Tickets are required for the conversation; visit the festival website for information.

In 2016, Nguyen won the Pulitzer Prize for Fiction with his novel The Sympathizer, which takes an unconventional and critical look at differing perspectives on the Vietnam War. Last year, he became only the sixth USC faculty member to be named a MacArthur Fellow and received a Guggenheim Fellowship earlier that year. In February, USC President C. L. Max Nikias named him a University Professor.

“Professor Nguyen applies his extraordinary talent as a scholar, writer and advocate to help us build empathy and broaden our understanding of the world,” USC Dornsife Dean Amber D. Miller said.

With The Sympathizer, Nguyen garnered numerous accolades, including the Dayton Literary Peace Prize, the Andrew Carnegie Medal for Literary Excellence from the American Library Association and a California Book Award. His follow-up — Nothing Ever Dies: Vietnam and the Memory of War, a nonfiction companion piece to The Sympathizer — was a finalist for the National Book Awards in 2016.

Additional works — including The Refugees and the just-released The Displaced: Refugee Writers on Refugee Lives, which Nguyen edited — have also receive widespread acclaim.

The 238th class of American Academy of Arts & Sciences fellows will be inducted at a ceremony in October in Cambridge, Mass. The full list of inductees can be seen on the academy’s website.

Nothing Ever Dies is a nonfiction follow-up to his Pulitzer Prize-winning novel, The Sympathizer.

The “genius grant” honors the Pulitzer Prize-winning novelist and professor, whose groundbreaking work has enabled Americans and others to view the Vietnam War from more balanced perspectives.