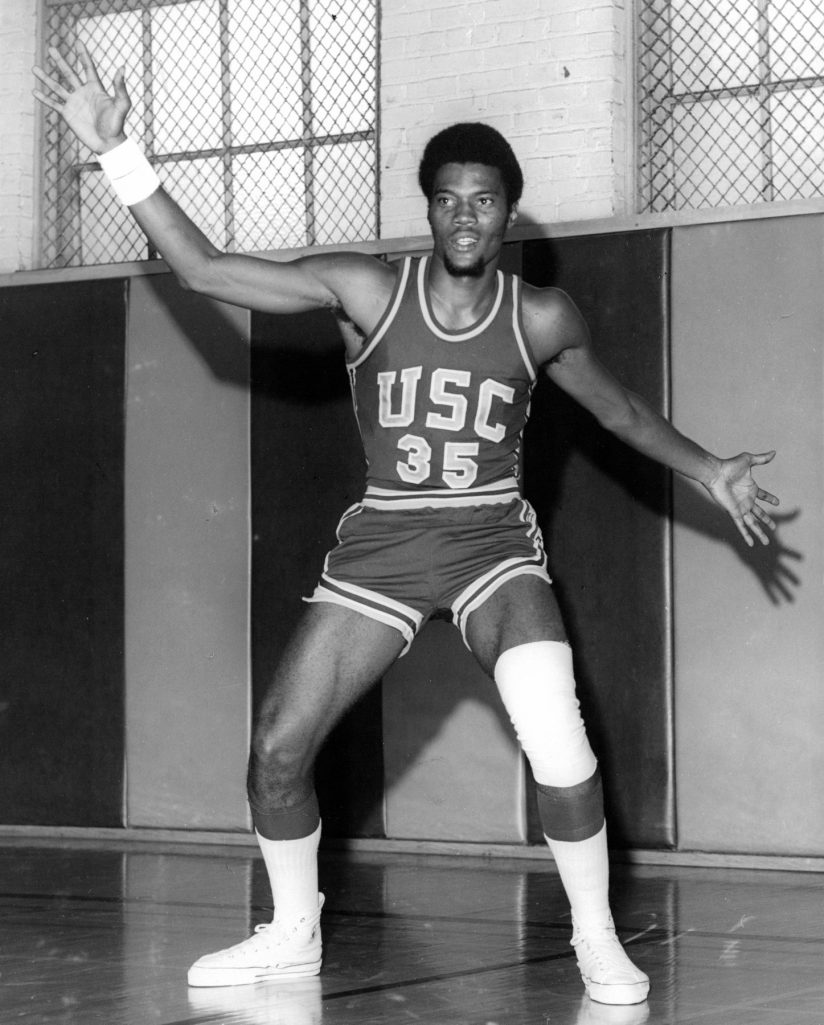 Clint Chapman averaged 11.2 points and 6.9 rebounds during this three years on the team.(Photo/Courtesy of USC Athletics)

Clint Chapman, the USC men’s basketball team’s leading scorer as a sophomore in 1973, died on March 27 in Denver.  He was 64.

The 6-foot-9 forward-center averaged a team-best 15.2 points in 1973 to win All-Pac-8 second team and USC team MVP honors. He also averaged 8.4 rebounds that season as the 18-10 Trojans qualified for the NIT. He then averaged 7.9 points and 4.9 rebounds as a 1974 junior despite being bothered by a bruised knee (USC was 24-5 that year, losing in the final of the Commissioner’s Conference playoffs).

As a 1975 senior, he averaged 10.7 points and 7.2 rebounds as USC went 18-8 and again played in the Commissioner’s Conference playoffs.

He came to USC after a prep All-American career at Manual High in Denver.

He was a sixth-round pick in the 1975 NBA Draft by the Kansas City-Omaha Kings, but spent 1976 as a member of the American Basketball Association’s San Diego Sails before the team folded early in the season. He then played professionally in Europe and Mexico and with the Harlem Globetrotters.

After his playing career, he was a probation officer and coached basketball at Denver’s George Washington High and his alma mater, Manual High.

Services were held April 3 in Denver.

Chapman is survived by his mother, Vernell. He was preceded in death by his father, Percy, and brother, Sam.

How can basketball players make a perfect free throw? The method can be maddening

USC researchers in the Brain-Body Dynamics Lab decode the shot to learn how bodies break and heal.

The All-American outfielder was an offensive force on the 1958 USC team that won a second College World Series title.

The business magnate and his wife have been longtime benefactors of the Keck School of Medicine of USC and the USC Norris Comprehensive Cancer Center.