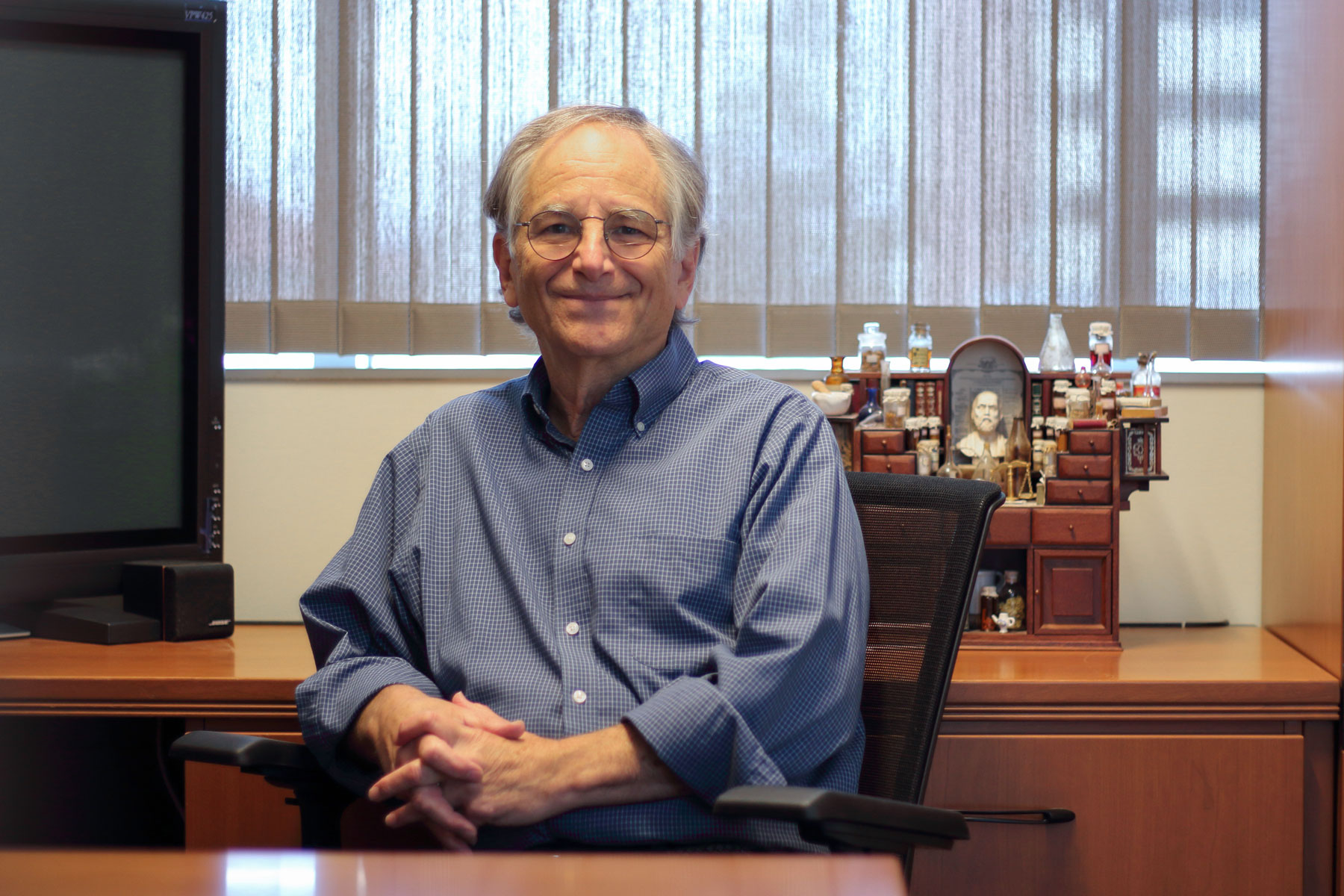 So you finally convinced yourself to take the plunge and buy the Amazon Echo you’ve long wanted. You’re on the checkout page and select the ‘one-click purchase’ button since this is not your first purchase on Amazon and all your credit card information is already saved. Now all you have to do is wait patiently until you see that beautiful brown cardboard box delivered to your doorstep.

Most of us don’t think twice about providing our credit card information to an e-commerce site like Amazon, let alone having it saved on our account for future use.

We can thank Leonard Adleman for that.

Adleman, USC Henry Salvatori Professor of Computer Science at the USC Viterbi School of Engineering, co-created the RSA cryptography system in 1977, the first public-key cryptography method for securing communication on the internet. His system made it safe for communicating private information online, like credit card numbers and home addresses.

Such achievements have led to critical acclaim and recognition for Adleman, most recently from the National Inventors Hall of Fame. He is one of this year’s 15 inductees to share the honor.

Adleman, who famously said, “mathematics is less related to accounting than it is to philosophy,” believes that through life’s experiences we are able to collect different tools needed to deal with professional and personal problems. One of his own tools is called the “Hassle Fund Tool,” a term he coined as an undergraduate at the University of California, Berkeley.

The idea is to discern whether a problem is worth your time. Be prepared to cut your losses if it’s not. The story behind it comes from a Lake Tahoe ski trip Adleman took with his college friends.

The then 20-year-old Adleman stopped by a gas station to rent tire chains for the snow, and it wasn’t until he reached the summit that he realized he was given the wrong-sized chains. An attempt to jerry-rig them to fit his tires only succeeded in removing paint from his Volvo.

Frustrated, Adleman went back to the gas station only to be met with a nonchalant employee who still charged him the $40 rental fee. Disagreement ensued. Adleman paid. Even though he knew he was right, $40 was still cheaper than further emotional distress and frustration.

These days Adleman, now 72, enjoys playing with his grandkids and boxing for exercise with world champion trainer Ming Freeman. But he has no plans to step away from his favorite hobby, one that has involved over 70,000 hours of work — research.

His latest project revolves around memes, including those on the internet. Memes are defined as an idea, behavior or style that spreads from person to person within a culture. Adleman’s research focuses on the broader idea of memes, which he calls “prenes.” Prenes include memes, but also beliefs, genes and “cenes” (Adleman’s term for data information in computers).

In his upcoming book Memes, Genes, and Cenes, due to be published later this year, Adleman explains that prenes are essentially “alive.” They experience the same reproduction, mutation and extinction as biological beings. They obey the same Darwinian theory of evolution (survival of the fittest).

This idea of prenes bridges the world of humanities and the world of science — arguably two worlds that are like oil and water — and provides a foundation to better understand human behavior and where it can lead.

For example, do you identify as a Republican, Democrat or independent? None of the above? Are you religiously Christian, Jewish, Buddhist, Hindu or Muslim? Do you practice veganism, vegetarianism or are you an avid carnivore? Our personal beliefs are part of these larger prene constructs that are using us in their struggle to survive. In Adleman’s words, we are all unconscious “prene-warriors” servicing very old prene-sets, be they mental belief systems or biological genes.

What about the Hassle Fund? Well that is a prene, and it has moved from Adleman’s brain to yours. Consider yourself officially a part of the Adleman-belief prene-set. Whether you help it evolve is up to you.

The university is proving the promise of the revolutionary new technology that could solve major challenges in the near future.

If successful, they would be crowned the top team out of nearly 3,000 universities on six continents.

As the institute nears its 45-year anniversary, key projects focus on nanoelectronics, molecular anatomy and cyberthreats.