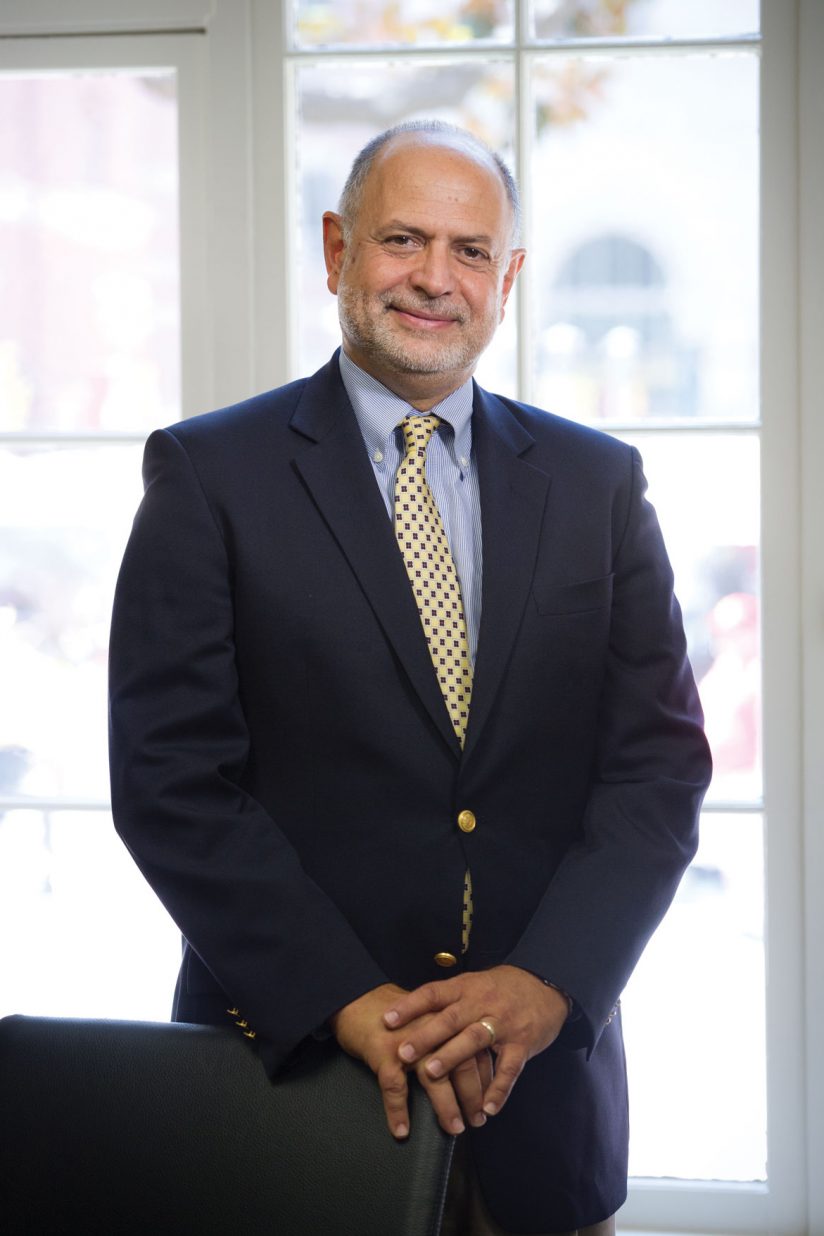 Albert R. Checcio will retire from his post at the end of the fiscal year after nearly a decade as USC’s chief fundraiser, the university announced today.

As senior vice president for advancement, Checcio oversaw the highly successful Campaign for USC, the largest fundraising campaign in the history of higher education when it launched in 2011. After exceeding its $6 billion goal nearly 18 months ahead of schedule, the campaign continues to draw unparalleled support for the university’s mission and will continue through 2021.

“Throughout his tenure, Mr. Checcio has been instrumental in the continued growth of USC through the numerous transformative gifts that have forever altered the landscape of our university,” USC President C. L. Max Nikias said. “He has pursued a highly tactical fundraising plan, while strengthening our commitment to professionalism throughout his entire department. His approach to advancement — notable for its imagination and optimism — has become a model for other institutions across the nation.”

More than 365,000 donors contributed in excess of $6.6 billion to the Campaign for USC under Checcio’s watch. That includes $374 million for endowed student scholarships and fellowships, $1.3 billion for health sciences and $1.6 billion for faculty positions and research endowments. The initiative has brought in $600 million more than the university had expected to raise by this date.

“I want to thank the entire university community for showing the world what the Trojan Family can do,” Checcio said. “It has been the greatest professional experience of my life. I am humbled by the success of our campaign and the level of private support we received.”

Thanks to the campaign, the university has created more than 100 new endowed chairs, enabling USC to retain and recruit top faculty members. Four schools have been named by major gifts: the USC Dornsife College of Letters, Arts and Sciences; the USC Price School of Public Policy; the USC Kaufman School of Dance, the university’s first new school since 1975; and the USC Suzanne Dworak-Peck School of Social Work.

I am humbled by the success of our campaign and the level of private support we received.

Checcio also played a major role in generating support for USC Village, the 15-acre residential and retail development at the University Park Campus that features eight new residential colleges for undergraduates. The $700 million project stands as the largest mixed-use development in the history of South Los Angeles. USC recently launched another ambitious capital project, a $270 million renovation of the Los Angeles Memorial Coliseum funded entirely by donations and sponsorship revenues.

The university has also seen a dramatic increase in giving from diverse members of the Trojan Family. Nearly two-thirds of funds raised by the campaign have come from people who aren’t alumni but who believe in USC’s mission. Alumni have donated $2.3 billion, and USC parents have given $2 billion. In addition, 42 percent of undergraduate alumni gave to the university last year, the highest rate reported by any comparable research institution.

“Although USC’s larger gifts tend to make the news, it’s the outpouring of support from alumni, parents, grateful patients and friends from all across the nation and world that is most inspiring,” Checcio said in a USC News story in 2017.

In his eight years at USC, Checcio mentored numerous colleagues who went on to top leadership positions at other prestigious academic institutions, including American, Baylor and Carnegie Mellon universities, Massachusetts Institute of Technology and the London School of Economics.

Checcio will retire after June 30 to spend more time with his wife, children and grandchildren. A national search for his replacement began in November.

“As he and his family move forward, so does USC Advancement, and we are eager to build on the solid fundraising foundation he has built for our Trojan Family,” Nikias said. “Our campaign has already achieved its original goal, and we have extended it for five more years. Our success — and the impact it has on our work for generations to come — will always have its roots in Mr. Checcio’s dedication and foresight.”