Jane Li had a couple of weeks left to enter TRASHed Coachella: Art of Recycling, an art competition put on by nonprofit Global Inheritance. The competition aims to promote awareness around global warming and sustainability through its trash cans, which will be display at the Coachella Valley Music and Arts Festival in Indio in April. 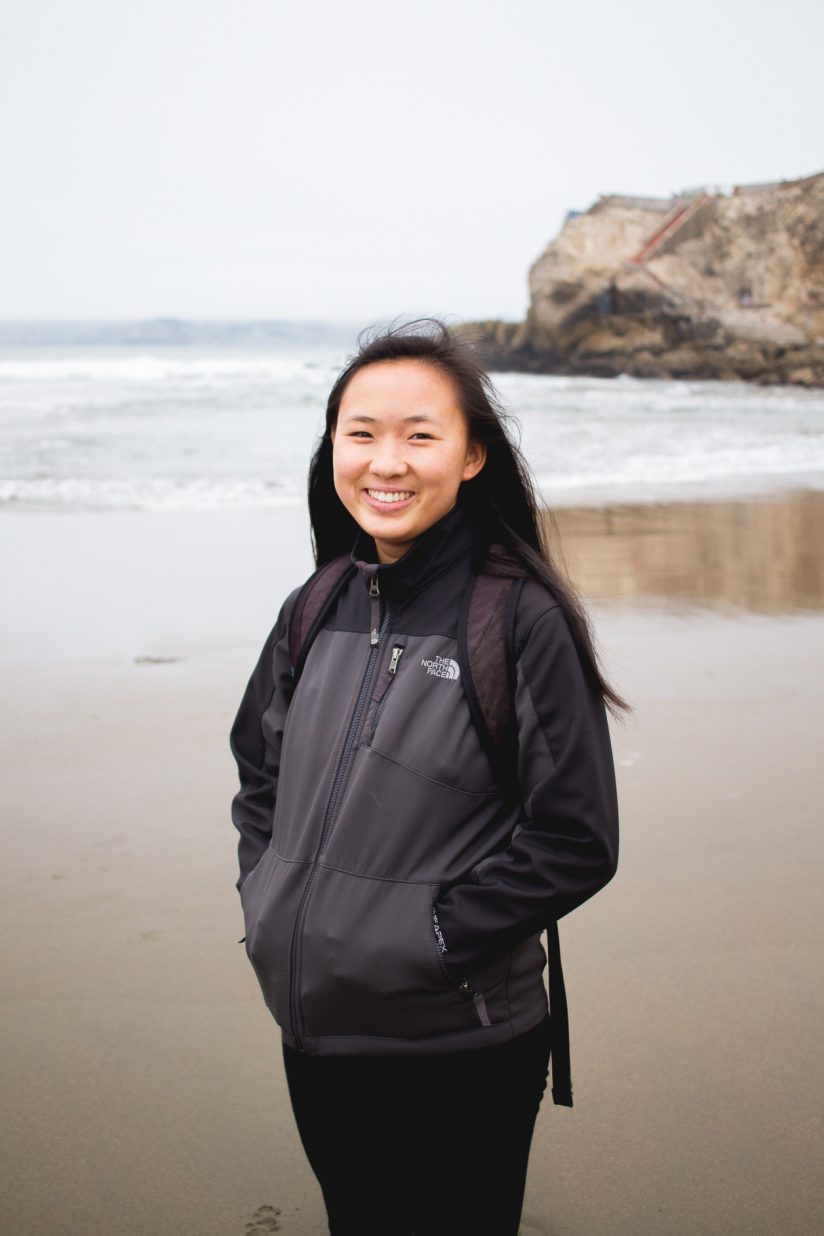 As a senior in the USC Jimmy Iovine and Andre Young Academy, Li was busy. But she set aside a weekend in February to sketch, digitize and submit her idea. It turned out to be a wise move.

A week later, she discovered her design was picked. She’ll be one of roughly 50 artists who will have their designs on display at the festival, which gets about 100,000 visitors each of the event’s two weekends.

Li, a lover of animals, focused her bin art on coral.

“Coral is something really important as a factor in global warming,” she said. “Coral is a home for a lot of different marine animals and its survival leads to the survival of a lot of species.”

After Coachella, the recycling bin will be either be donated to a Southern California school or used in another Global Inheritance recycling program, according to the organization.

Li was excited to take part in an art competition that focused on the environment, a topic close to her heart. While at USC, she served as director of public relations for the Environmental Student Assembly, a student government organization that puts on educational events and volunteers. She saw firsthand at beach cleanups how litter affects our coasts.

“I’ve just seen a lot of stuff that’s clearly been on the beach for a long time,” she said of trash on the beach. “Even after a long time no one picks it up. You can see that based on the wear and tear of the trash.”

She likes to do little things with the environment in mind, avoiding plastic bottles or cans, always carrying a refillable bottle.

She divulged a recycling pet peeve.

“It is such a pet peeve when people don’t compress,” Li said, about breaking down boxes and other items.“That just saves energy on transporting the recycled goods.”

Don’t be surprised if you see the Iovine and Young Academy student recycling at Coachella herself: As part of the prize, she gets a ticket to the festival.

Their firm, Mira, is the first startup to come out of USC’s revolutionary Jimmy Iovine and Andre Young Academy.