But when Miller arrived at USC over two years ago, his physical limitations didn’t prevent him from being an active student on campus. He became a reporter at the Daily Trojan. He joined the USC Photography Club and Christian Challenge, a campus ministry. Last summer, he did an internship at The Sacramento Bee newspaper. Once a shy kid held back due to physical disability, he has flourished at USC.

“It’s different now than it was before. It’s been a transformation,” said Miller, noting how physical activity is emphasized less in college. “I was really shy, but now I’m not as afraid to approach and talk to people.”

Duchenne muscular dystrophy: What we know

Duchenne muscular dystrophy is a progressive and fatal disease for which there is no cure. It is caused by a mutation on the X chromosome and strikes 1 of 5,000 male births, affecting 300,000 boys worldwide. It causes muscles to degenerate, and the leading cause of death is heart failure. Those with the disease typically don’t live past the age of 25. Although there are medications to help with the symptoms, there is currently no cure. 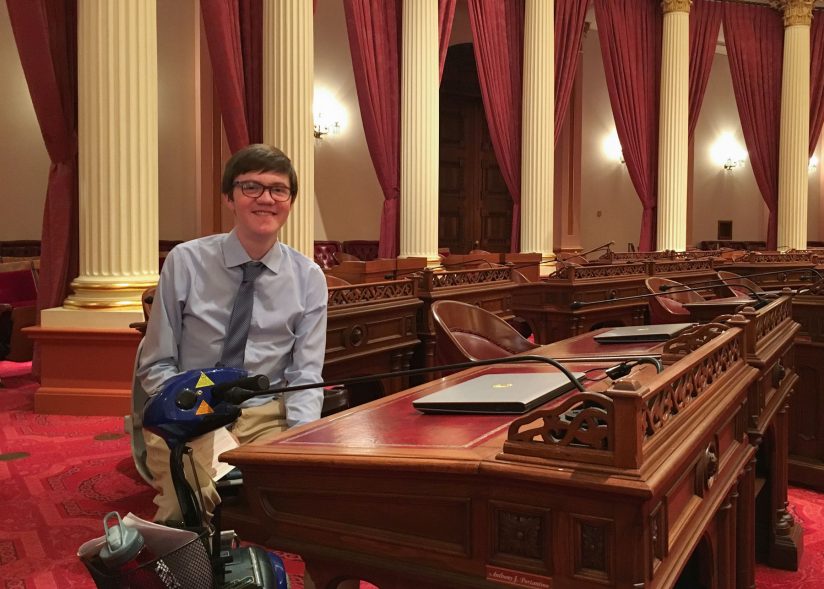 At the USC School of Pharmacy, scientists are making major progress on their Duchenne muscular therapy research: They’ve developed a potential new treatment. The compound, known as RASRx1902, is an oral therapy that has shown positive effects on muscle function in animal models of Duchenne.

In these models, the compound has improved muscle strength and regeneration while decreasing muscle inflammation, degeneration and necrosis (tissue death). Last year, the therapy was granted an Orphan Drug Designation by the U.S. Food and Drug Administration to treat Duchenne muscular dystrophy. The researchers formed a startup, RASRx, to continue to work on advancing this treatment invented at USC. Partnering with the foundation CureDuchenne, an organization founded by Miller’s parents, the team is now transitioning to toxicology studies to advance the new oral therapy toward human clinical trials.

By choosing to work on Duchenne, the research team has the opportunity to make a great impact by delivering a potentially life-changing therapeutic, said USC School of Pharmacy Associate Professor Stan Louie, one of the USC researchers working closely the RASRx team. Putting a face to Duchenne also motivates him to help move this therapy forward, he added.

When Miller was diagnosed at age 6, his doctor told his parents Debra and Paul Miller there was little to do. Instead, in 2003, the Millers started CureDuchenne, a nonprofit foundation dedicated to saving the lives of those with Duchenne, including funding new medical research.

When we were told nothing could be done, it sparked something in my husband and me.

“When we were told nothing could be done, it sparked something in my husband and me,” said Debra Miller, co-founder and CEO of CureDuchenne. “We felt there had to be something we could do. We just had to give it everything we had.”

In November 2015, RASRx, which was initially formed by USC and University of Arizona researchers, announced a partnership with CureDuchenne to streamline the development of their new compound to treat patients with Duchenne. Funding by CureDuchenne Ventures and a collaborative U.S. Department of Defense research grant with USC accelerated the potential drug’s preclinical development.

By coincidence, Debra Miller learned about the research at the USC School of Pharmacy after her son had already been admitted to USC.

“Knowing he was going to USC and that we would be funding a project [at USC] that would be helping him and the other boys with Duchenne was really special,” she said.

Like many USC students, college was the first time Hawken Miller lived away from home, and life with Duchenne brings extra challenges. He takes up to 30 medications a day, including steroids to reduce inflammation. He arranges regular visits from physical therapists to stretch and care for his muscles. 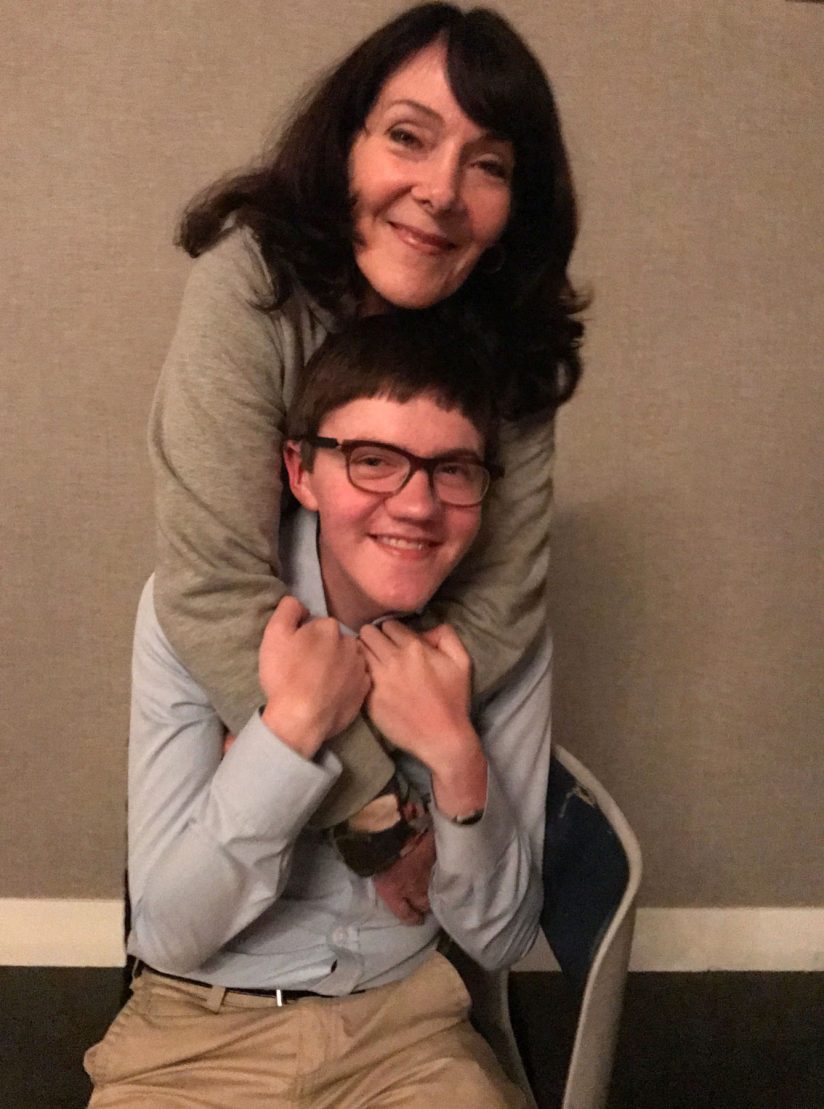 He has adapted well to living independently, he said, but being on his own makes him realize how hard his parents had worked before college to make sure he had enough support.

“The goal is to be completely independent from my parents, but I also want to spend as much time as possible with them,” said the third-year journalism student at the USC Annenberg School for Communication and Journalism.

One of the reasons he chose USC was because campus was close to home. His interest in journalism came from a desire to learn something new every day and overcome shyness. Last summer his internship gave him experience reporting from the California state capital, and this spring he is interning for KTLA.

Although physical limitations impact daily tasks, Miller said he is blessed. Many with Duchenne have severe cognitive impairment. He often gets tired and uses a motored wheelchair, but mentally he hasn’t had to hold back.

“The main thing I’ve gotten from Duchenne is: I focus on what I can do and don’t think about the stuff I can’t do,” he said. “That’s how you should handle any obstacle you might face. Focus on what you can do and not what you can’t do.”

Higher-than-ever resolution images of animal cells spur the study of biomolecules on a nanoscale.

Why nerve cells die in ALS and some dementia cases

Scientists use study to focus their search on new therapies that can treat these devastating diseases.

USC researcher looks for a pattern in ALS cases

Kim Staats is drawn to the clinical relevance of research in Justin Ichida’s lab, which explores ALS mechanisms.

Three USC researchers to develop program that would get individuals back on their feet, practicing the walking skills needed to navigate their communities.