Air carriers in the United States use 20 billion gallons of jet fuel each year, producing 3 percent of the total U.S. greenhouse gas emissions, according to the Federal Aviation Administration and the Environmental Protection Agency. Futuristic airplane designs that could decrease drag would increase fuel efficiency, reducing both costs and emissions.

At USC, academic researchers like Geoff Spedding and Alejandra Uranga consider new designs and ways to fly. The USC Viterbi School of Engineering faculty members at the Department of Aerospace and Mechanical Engineering are looking ahead to what commercial aircraft could be one day.

Spedding found inspiration while viewing images of seabirds — what he and his colleague Joachim Huyssen, from the University of Pretoria in South Africa, call “virtual bird watching.” Seeing how effortlessly the birds glide through the air, they asked themselves, why don’t planes look like birds?

“For a long time, we’ve been wondering about the basics of aircraft design,” Spedding said. “Is it an optimum? How do we know an optimum even exists? And if it’s not an optimum, why not? And if it is, has that ever been demonstrated?”

Pros and cons of redesigns

Each aircraft design has benefits and drawbacks. To compare designs, Spedding and Huyssen calculated an inflation factor of how much larger an aircraft is compared to its ideal volume, indicating how much compromise is being made to create a plane that can safely carry passengers. They then examined three designs: the conventional aircraft, the blended-wing body and a novel, birdlike design.

They discovered that conventional aircraft design cannot be considered an optimum design. The long, skinny fuselage, which is needed to accommodate the tail, causes drag. The tail itself, which is used as an auto-stabilizer, causes a loss in lift, making the wings and engine work harder to maintain altitude. Altogether, this results in inefficient aerodynamics and higher fuel consumption.

The blended-wing body has its own issues. By creating a seamless wing and fuselage, a lot of compromises in design have to be made, making it impossible to optimize either part. This results in a fat wing to accommodate passengers and a heavy body to be structurally safe.

The birdlike design, on the other hand, suggests a way forward.

With a shorter, wider body, arched wings that can bend into different configurations and a flat tail, the design uses the same control features as birds to improve flight dynamics. The researchers estimate that aerodynamic efficiency with this design should increase by more than 10 percent compared to conventional aircraft. While this number may seem small, it is important when factoring in thin profit margins, expected increases in fuel costs and lower structural weight. In addition, according to Spedding, “it turns out to be more efficient for packing people and their luggage, too.”

“We have a dedicated fuselage whose shape is designed for low-drag-per-unit volume, and it’s not compromised by the wing at all, which is in turn not compromised by trying to fit in with the body,” Spedding said. “If an optimum exists, then we assert that this is the most likely candidate.” 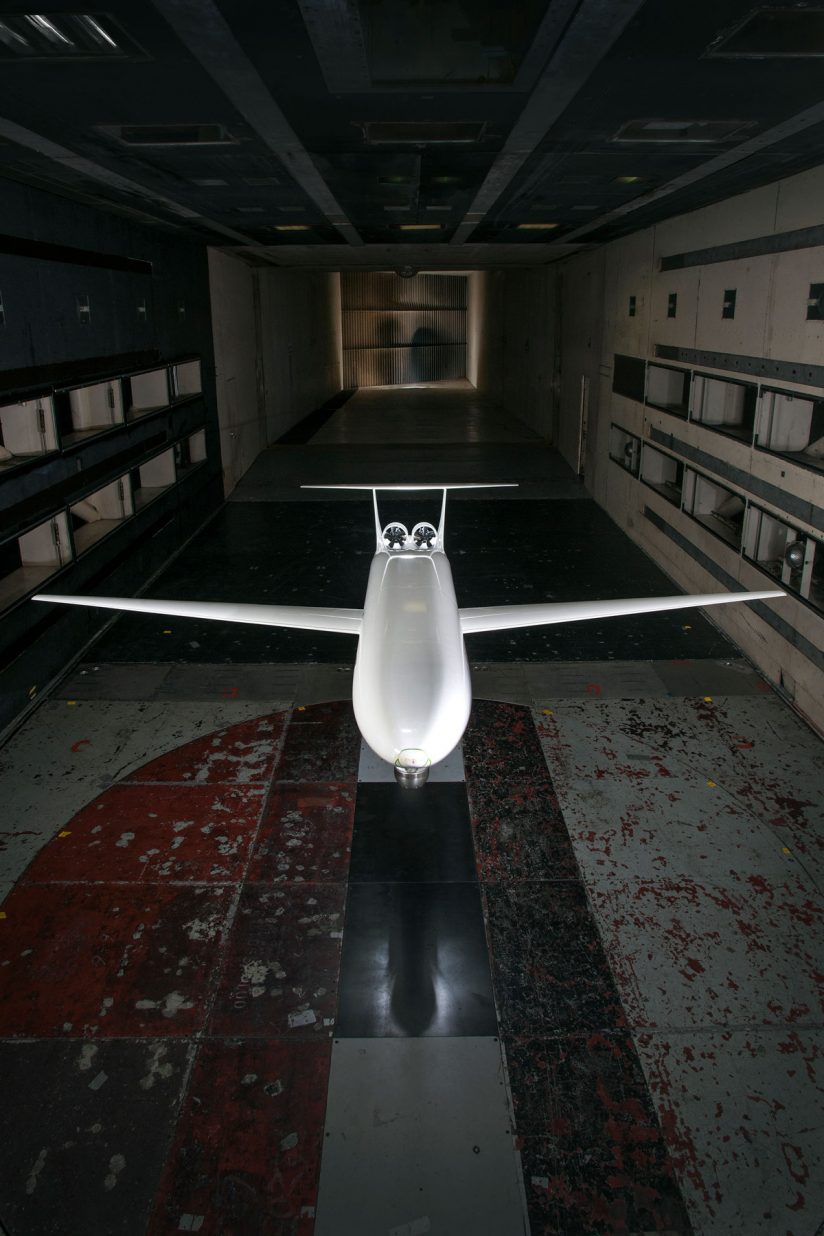 Early next year, with funding from the U.S. Air Force, they will begin development of their key component — de-formable wings with multiple pivot points. But getting their design adopted by aircraft manufacturers and commercial airlines won’t be easy. With this in mind, they have chosen to start small.

“If we can show unmanned air vehicles that work more efficiently than standard ones, if we can build competition sail planes that win competitions, then people might start to take notice,” Spedding said. “Planes don’t look like birds yet, but perhaps they should.”

In a project funded by NASA and led by the Massachusetts Institute of Technology, Uranga and USC Viterbi PhD students Saakar Byahut and Michael Kruger performed a feasibility study for adding an electric motor and possibly batteries into aircraft.

“The problem with the aviation industry right now is that it relies solely on hydrocarbons [fossil fuels],” Uranga said. “With a standard hydrocarbon-based system, the chain of efficiency is very low. When you put everything together on an aircraft, the overall efficiency from fuel to propulsion is around 30 percent. But when you take an electrical system and you go from a battery or an electrical source to the same propulsion, it’s going to be about 70 percent efficient.”

Despite the inefficiency of a gas-powered engine, pound for pound, hydrocarbons actually pack quite the punch. With such a high-energy density, fuel doesn’t add much weight to the aircraft. In comparison, a battery would weigh 10 times more for the same amount of energy and power.

However, with rising fuel prices and environmental concerns, Uranga believes that a more sustainable energy source is the right solution.

The sweet spot for small aircraft

To accommodate battery weight, her team found ways to create a lighter, more efficient propulsion system. The heavy metal shafts and gears used to drive the propellers can be replaced by the new electrical wiring, allowing the traditional two-engine system to be distributed among several smaller, more efficient engines. By moving the engines to the rear of the fuselage and using boundary layer ingestion to pull air in and propel the plane forward, fuel use can be reduced by 20 percent.

Where is the sweet spot?

Uranga and her team performed a systems analysis to determine what types of missions — in terms of plane size, flight length and passenger load — would benefit from an electric engine.

“You can think of it as a kind of continuum between being fully fuel powered and fully electric,” Uranga said. “The question is, where is the sweet spot?”

A potential sweet spot is in small regional aircraft, such as commuter planes that typically accommodate 50 to 100 people and fly short distances, say, from Washington, D.C., to New York City. Rather than one flight carrying 100 people in a solely gas-powered aircraft, two flights carrying 50 people each with a hybrid electric propulsion system would save energy and fuel. However, for this to work, battery technology needs to continue improving.

“This is feasible within 20 years or so,” Uranga said. “We can’t predict the market for this. What we can do is work on the technology and make sure it’s as good as it can be.”