The trip had been planned for weeks, so Aaron Boone proceeded as normal. The former USC baseball great set up in an end zone suite at Levi’s Stadium in anticipation of December’s Pac-12 Championship between his beloved Trojans and the Stanford Cardinal.

Just as the game was about to kick off, the news broke.

“All of a sudden, it’s everywhere,” said Boone, who was an All-Pac-10 third baseman for USC in 1994. “It’s on Twitter. It’s on the scroll on the ESPN Bottom Line. And my phone is going nuts!”

Boone’s secret was officially out. The man who became a part of New York Yankees’ folklore thanks to his pennant-winning swing back in 2003 was being fitted for pinstripes again as the 34th manager in Yankees franchise history.

“It was so much fun, sitting in the end zone, watching my phone blow up and sharing it all with my best friend and his kid and my 12-year-old,” said Boone, who spent the past eight years as a baseball announcer for ESPN after his 13-year MLB career. “And then obviously, USC goes on to win the game.”

Don’t overlook the last part of that statement. Boone is excited to take over as the Yankees’ skipper, but he’s passionate about being a Trojan. Before spring training began, donning a USC hat and sweatshirt, he checked in with USC Athletics to explain his lifelong love affair with the cardinal and gold.

How did you become such a devoted USC football fan?

I don’t know. I remember watching those games in the Rodney Peete era, and I just fell in love with USC football. To this day, it’s a major part of my life. I follow it so closely. I follow all the recruiting and I’m happy that we got these cornerbacks locked in on Signing Day. I don’t know if hobby is the right word or passion, but it’s just something I love to follow and be a part of.

Is that what led you to become a USC baseball player?

When I was in eighth grade, my brother [Bret] signed with USC and ended up going there, so I became even closer to the program. Obviously, I got to know the baseball program at that point and that secured my loyalty. I went through high school with nothing on my mind other than wanting to go to USC. And that became a reality. 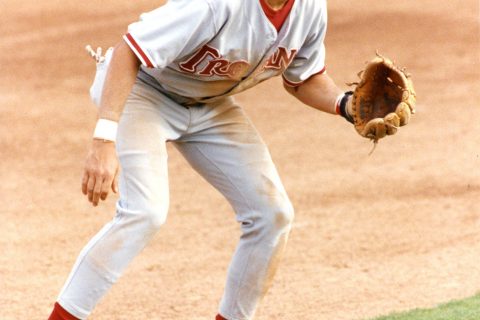 Why did you choose to play college baseball instead of going to the majors right out of high school?

I think it’s different for everyone. I was by no means ready to go play professional baseball as an 18-year-old. I played football and basketball all the way through my senior year of high school. It was never even a thought for me. My focus was going to USC. That’s all I ever wanted to do.

What position did you play in football?

I was a wide receiver. UCLA even recruited me a little bit. In fact, I missed football so much during my freshman year that I considered transferring to a school like the University of San Diego where I could play D-I baseball and D-III football. I’m glad I stuck it out and remained at USC.

What stands out from your time at USC?

It’s one of those places. Most everyone who experiences it, you understand that you are in a very special place. It’s different. I always felt that way. I go by the motto that you’re a Bruin for four years, but you’re a Trojan for life. There’s some truth to that. It’s three years of my life that I look back on so fondly.

How did USC help you transition from your playing career into life after baseball as an ESPN broadcaster? 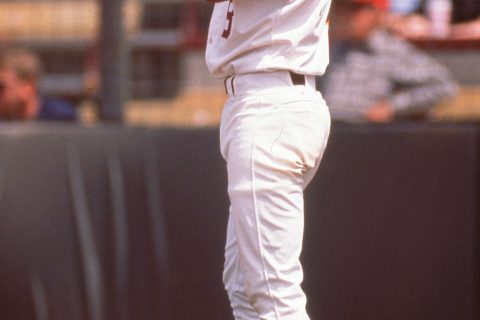 I was a communications major in college. USC is one of the ultimate universities in all of the world for preparing you for life after college. It’s a great network to be a part of.

You played for a Hall of Fame head coach at USC in Mike Gillespie. What did you learn from him that you will apply to your managerial career?

He had such a great presence about him. You felt that he really cared about you. I know he cared about me. He had the ability to show that he loved you, but [he also had] the ability to let you have it when you weren’t doing what you should be doing. … He was someone I really looked up to and admired.

What do you think about a Yankees-Dodgers World Series matching Aaron Boone, a USC alum, against UCLA alum Dave Roberts?

High heat comes at a high price for baseball pitchers

Today’s pressure on pitchers can sway them into habits that endanger their arm health.

The towering left-hander becomes the third Trojan to be enshrined in Cooperstown.

Bob Oettinger strives to promote the grand old game in Nicaragua with an academy offering skills for use on and off the fields of dreams.

In her role with baseball’s world champs, Lydia Wahlke negotiates contracts, manages the restoration of Wrigley Field and oversees the team’s brand.