Monique Magbuhos wanted to see Paris. But as an immigrant with no U.S. passport, she didn’t know if she could travel to France.

Born in the Philippines, Magbuhos came to the United States with her family at the age of 2 and never took the steps to become a citizen, which she considered complicated and expensive.

So when she learned that the Immigration Clinic at the USC Gould School of Law was offering free help to members of the university community seeking citizenship, she didn’t hesitate. The program was launched in 2017 thanks to funding and support from USC Provost Michael Quick.

Magbuhos, who works in the budget office at USC Gould, met with one of the 35 volunteers who in recent months have helped some 200 Angelenos complete their naturalization documents and citizenship applications. Immigration Clinic co-directors Niels Frenzen and Jean Reisz oversee these efforts.

Before meeting with Immigration Clinic representatives, clients undergo a screening process to make sure they have all the information needed to complete the complicated form in one session.

“It’s a burden for many of our clients to take off work and find child care,” said third-year law student Ariana Sanudo-Kretzmann, who has also served as a law clerk for the Immigrant Defenders Center and the Los Angeles Public Defender Office. “So we make it as easy as possible for them to complete their applications and get back to their jobs and families.” 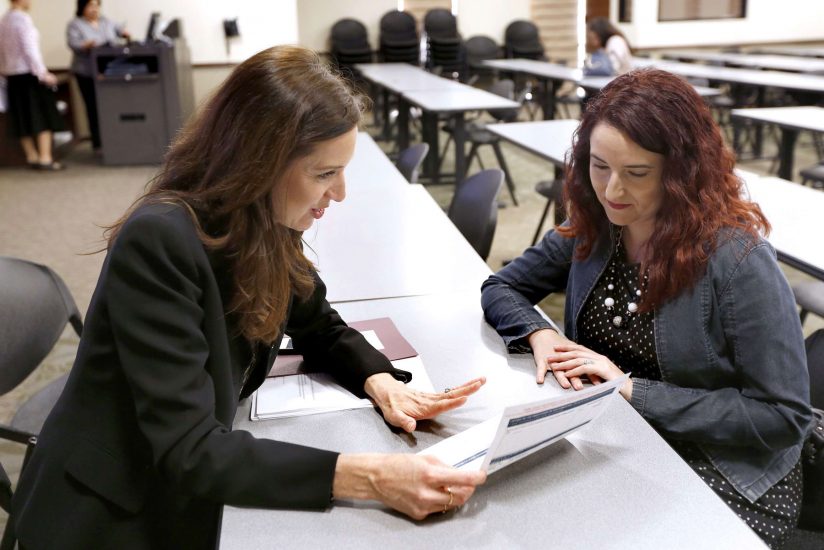 Aga Paul, a native of Poland, had already investigated the process of becoming a U.S. citizen on her own, but she was put off by the cost of hiring an immigration attorney.

“Receiving this professional assistance for free is like receiving a $3,000 gift from USC,” said Paul, a staff member at the USC International Academy.

When the paperwork at the clinic was complete, her documents were sealed in an addressed envelope.

“All I had to do was mail it,” she said. She, too, now awaits her immigration interview.

USC Gould students find that the experience as volunteers in the clinic boosts their professional skills and also feeds a need to give back.

Law student Ida Ayu Sabrina Putri, a citizen of Indonesia, was motivated to volunteer her time with the clinic after she took an alternative spring break trip to the Arizona border town of Nogales and provided migrants with direct humanitarian aid.

“I saw how immigrants had struggled to cross the desert to have a better life,” she said. “I decided I wanted to help them become citizens here because humanitarian aid should never be a crime.”

Of the clients she has assisted, Putri recalled a Kenyan woman and her teenage son. “As we listed the son’s sports achievements and awards on the form of citizenship, I saw how proud the mother was. That was very meaningful for me.”

While all the work she does at the clinic is important, Sanudo-Kretzmann finds the naturalization work especially gratifying. 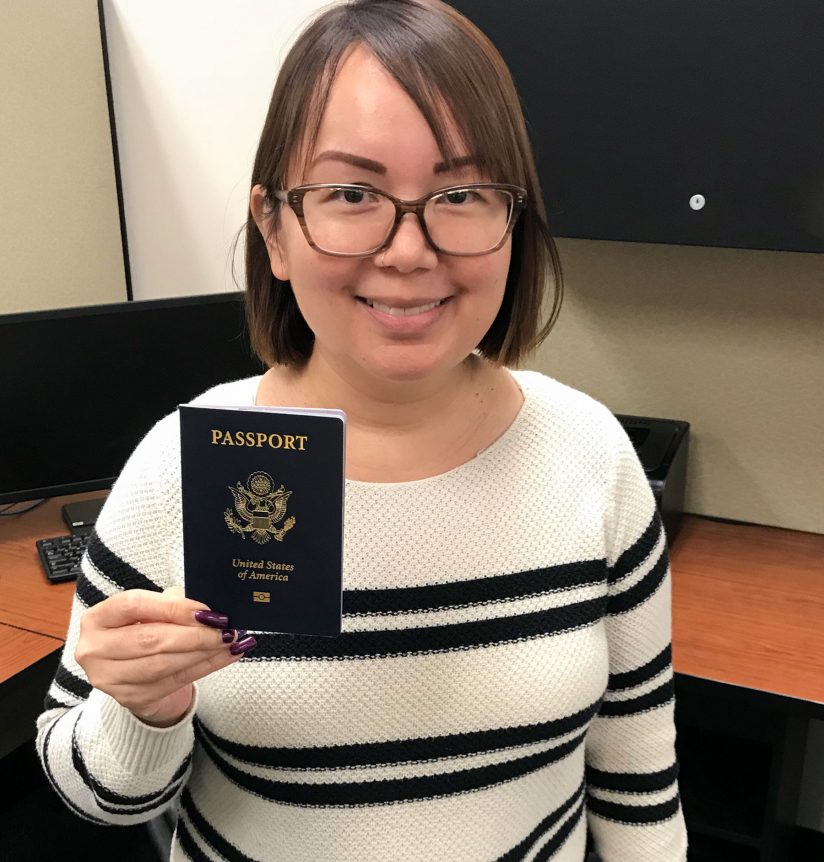 “Being a U.S. citizen is forever. No one can take that away from you,” she said. “People are excited to feel American — especially people who have been here a really long time.”

In the case of Magbuhos, volunteers at the clinic delivered some unexpected good news. Because her parents had become U.S. citizens before her 18th birthday, it turns out she had automatically become a citizen. With that hurdle out of the way, clinic staff member Jennifer Macias helped her complete the U.S. passport application.

But the moment that made the 40-year-old Magbuhos “feel American” the most was when she registered to vote.

“I felt like a foreigner before,” she said. “Now I feel like I belong somewhere. And I know that being American means that voting is my responsibility. Now I won’t have any excuses to not vote and I’m looking forward to my first election.”

The university is also hosting a free 12-week prep course to help with civics and English tests.

“Jaguar Jon” excelled as both a running back and punt and kickoff returner.