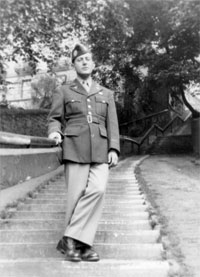 The Keck School of Medicine of USC held its graduation May 17, 2009, in the Shrine Auditorium across from the University Park Campus. Commencement speakers included Peter J. Katsufrakis, Vice President of Assessment Programs, National Board of Medical Examiners; USC Executive Vice President and Provost C.L. Max Nikias, and Keck School Dean Carmen A. Puliafito.

Below is a transcript of Dean Puliafito’s remarks.

I would like to offer my personal congratulations to the class of 2009 and my thanks to the parents, family members and friends who’ve supported these young men and women through many years of preparation that have led to this great day.

2009 is a particularly auspicious year to begin a medical career in the United States. An emerging consensus, led by President Obama, has placed access to healthcare to all Americans at the top of the domestic political agenda. This will mean increased demand for your services. More funding for biomedical research and the lifting of the ban on stem cell research will stimulate the development of new treatments for our most difficult problems, such as dementia and cancer. There will be new emphasis on prevention of obesity and heart disease. A renewed golden age of medicine lies ahead. I am truly optimistic about the future.

However, I do not underestimate the challenges, which all physicians will face going forward. Today, I urge you to embrace change and uncertainty. Equipped with your formidable clinical skills and with a strong moral and ethical compass, I guarantee that you will be personally and professionally challenged in ways that you cannot imagine today.

You must always use your knowledge for the good of humanity and make sure that your actions justify the tremendous trust that society places in the medical profession. Take the career of my father-in-law, Dr. Irving Pine. When he graduated from New York Medical College in 1932, I am certain that he never imagined that on a June morning, 12 years later, he would be lying, critically wounded on a marshy Normandy field. That morning was June 6, 1944 � D-Day.

After the outbreak of WWII, at the age of 32, he had enlisted in the Army, and then volunteered to serve as a physician with the 82nd Airborne Division. In the early hours of D-Day, he was shot as he parachuted down. He became a prisoner of war, under the care of German physicians at a front line medical aid station. Years later, one of his colleagues wrote, “He was of course scared to death, and being Jewish, he was extremely scared. However, he soon realized that his worries were unfounded. That the German doctors treated him with such respect, he was thankful.”

Irving survived D-Day, and went on to a successful career as a psychiatrist. He would not have survived had those German physicians not respected the rules of war and basic medical ethics. Therefore, I am certain that Irving would have been disturbed, as I was, by recent reports that medical personnel were deeply involved in abusive interrogations of terrorist suspects held by the Central Intelligence Agency.

Red Cross investigators concluded that medical professionals working for the CIA monitored prisoners undergoing waterboarding, apparently to make sure that they did not drown. Medical workers were also present when guards confined prisoners in small boxes, shackled their arms to the ceiling, kept them in frigid cells and slammed them repeatedly into walls, the report said.

Facilitating such practices was a violation of medical ethics, even if the medical workers’ intentions had been to prevent death or permanent injury, the report said. They found that the medical professional’s role was primarily to support the interrogators, not to protect the prisoners, and that those professionals had condoned and participated in ill treatment.

The ethics of medicine are rooted in the basic idea that society can trust physicians in all circumstances to do no harm. The American Medical Association’s code of ethics clearly states that physicians must oppose and must not participate in torture for any reason because participation in torture undermines the physician’s role as healer. For this reason, the AMA is opposed to any direct physician participation in any interrogation.

As you start your medical careers, I urge you to uphold the highest standard of medical ethics, no matter how challenging the circumstances. We expect nothing less. Thank you for your attention.

One by one, Blanca Martinez prepared her daughters for success. She gave up her job and essentially her life to drive them six days a week to the 32nd Street/USC Visual and Performing Arts Magnet School and to special afternoon and Saturday classes at USC Trio.

Transfer Graduates With a Focus on International Business

Fernando Campos’ interest in business developed at an early age. “I remember running a small, out-of-the-backpack business in middle school and high school, selling candy I had bought at Costco to my friends,” he said.

Gaining Experience in Research and Teaching

Hae Eun Chun came to the USC Marshall School of Business from her native Korea to pursue a Ph.D. in marketing, with an emphasis in consumer behavior, after earning her bachelor’s and master’s degrees in the subject. She said she chose the school primarily because of its outstanding research faculty.