In 2008, NBC drew a massive audience for the Summer Olympic Games in Beijing. Approximately 30 million viewers tuned in each night, with millions more watching on cable channels, and more than 30 million unique visitors engaged with the network’s Olympics website and shared videos from the coverage streamed online.

As the network expanded its coverage of the games, David Neal ’78, executive vice president of NBC Olympics at the time, recognized an opportunity.

USC at the Olympics

USC has had 452 all-time Olympians — 448 of whom competed in the Summer Games.

Having earned his undergraduate degree in journalism from the USC Annenberg School for Communication and Journalism, he knew fellow Trojans could make key contributions to one of the largest content creation moments worldwide and help launch an ongoing internship recruitment between USC and NBC Sports.

“It is a gold standard example of the Trojan Network at work, far and wide,” said Suzanne Alcantara, director of USC Annenberg’s Office of Career Development.

At that time, NBC Sports was primarily recruiting from East Coast schools. Neal encouraged the network to visit USC Annenberg.

The NBC Sports recruitment team visited campus during the fall 2007 semester, interviewing and selecting close to 15 students. “The rest is history,” Alcantara said.

Since then, USC Annenberg student interns have reported for NBC on the Beijing, London and Rio de Janeiro Summer Games. This year marks the first time students will represent the school at the Winter Olympic Games. In addition, USC professors and the career development team have carved out a special niche for students to gain firsthand experience with sports media industries and world cultures in and around Pyeongchang, South Korea.

At the Olympics, students navigate a fast-paced environment, operate on a large-scale production and learn how to engage audiences in a creative, demanding way. Whether at the Winter or Summer Games, working alongside seasoned journalists, public relations professionals and producers, they can be covering track and field, swimming or ice skating; they might be pulling footage for producers, filming themselves, organizing content or building stories. 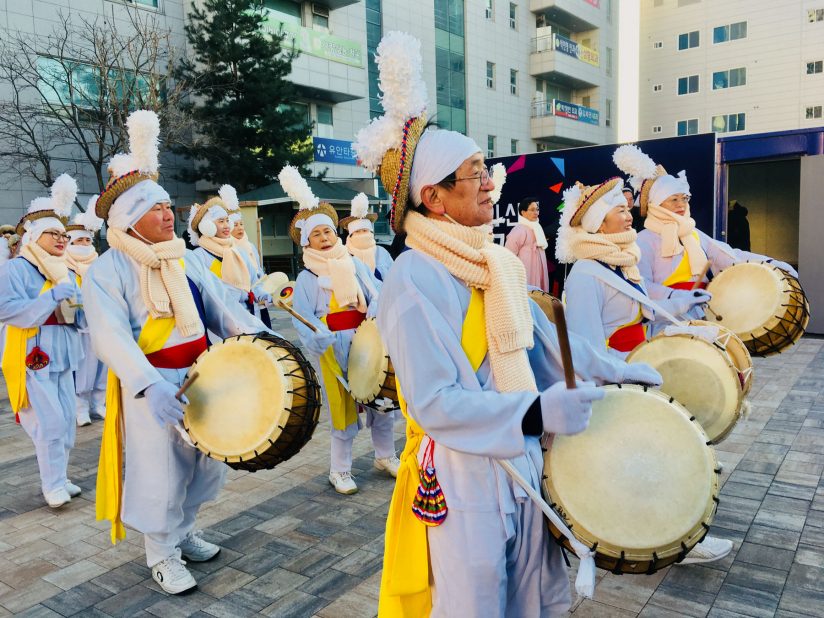 “NBC continues to select so many of our students because they’re incredibly well prepared and trained for it,” said Gordon Stables, interim director of the School of Journalism and associate dean for student affairs. “We are consistently among the top universities with the number of students we place and the duration of their involvements.”

Emilie Mateu ’13, who graduated with a degree in broadcast and digital journalism, interned at the 2012 London Olympics through the NBC program.

“I am now covering my fourth Olympic Games and am working alongside many of the producers that I was an intern for in London,” Mateu said.

Mateu is currently an associate producer for NBC Sports, where she helps produce long-form documentaries, features and profile stories on athletes. She received sports Emmys for the 2016 Rio Summer Olympic Games and the 2014 Sochi Winter Olympic Games.

“When I entered the professional workplace, I felt prepared — my Olympic internship helped propel me into a very exciting and fulfilling career,” Mateu said.

The NBC internship is just one of several pathways available to USC Annenberg students. Veteran sports writer and Associate Professor of Professional Practice Alan Abrahamson has served as a chief columnist for NBCOlympics.com and in 2018 will cover his tenth Olympic Games. 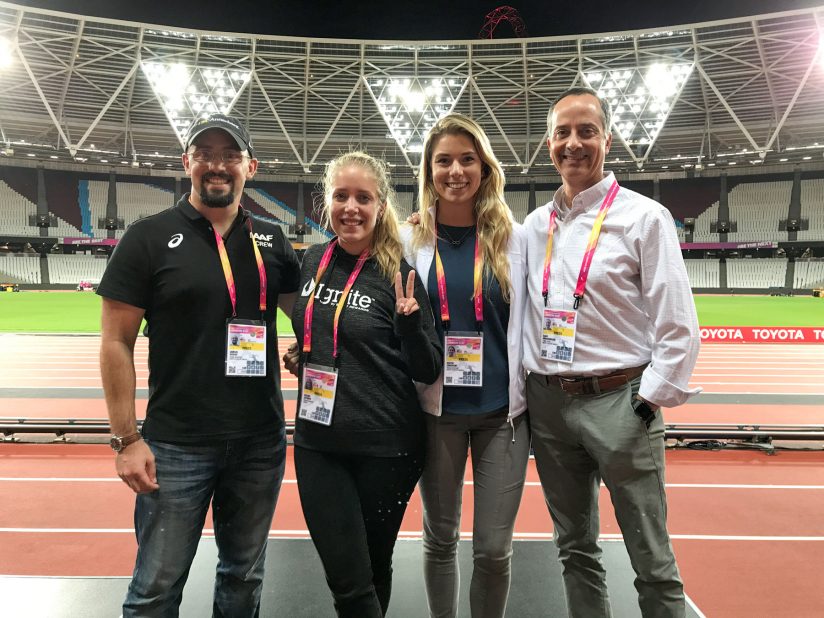 In 2014, Abrahamson secured credentials for three students to report on the games for a range of news organizations. In Pyeongchang, his students will join NBC interns and, according to Abrahamson, the three are believed to be the only American journalism students working with the Olympic Broadcasting Services.

For the 2018 Winter Games, Abrahamson’s students will gain experience in the “how-it-works production” of the International Olympic Committee’s key broadcast and digital-space initiative.

“One of the students attending, Sam Dodge, has been assigned to the ice hockey venue, where history is expected to be made with the North and South Korean women fielding a unified team,” Abrahamson said. “Jolene Latimer and Olivia Sandusky, who will be reporting as well, are expected to see action at a variety of venues,” he said.

Students will also travel to South Korea with Associate Professor Robert Hernandez as part of an immersive storytelling project with USC Annenberg’s Center on Public Diplomacy.

Hernandez and his students aim to produce a variety of different stories, including immersive postcards — similar to what his team of  JOVRNALISM students did for NPR during President Trump’s inauguration and 2017 Women’s March.

“That style generated more than 800,000 views on Facebook,” Hernandez said.

“We have several goals and moments we want to capture — and scenes in mind, including a 360-degree shot from the DMZ [Korean Demilitarized Zone],” Hernandez said.

The top priority, Hernandez added, is to tell the story of sports diplomacy by offering an immersive experience that provides a sense of what it’s like to attend the Olympics — visiting a country and sampling its culture.

“Attending the games gives students a chance to see the way in which international content is being produced and consumed; that’s really hard to replicate,” Stables said. “For our students, the ability to see and work in that environment is a remarkable opportunity.”

USC lessons a plus

Alumnus Seth Rubinroit, who minored in sports media studies, was part of Mateu’s London Games cohort and is now a digital producer for NBCOlympics.com.

He credits both the internship and Abrahamson’s sports journalism courses as critical to his success. Rubinroit now works side by side with his professor — collaborating, coming up with storylines and trading ideas.

“Transitioning from the student-professor relationship to a colleague doesn’t happen at any other college than USC,” he said. “This is what makes USC Annenberg unique. Seeing Alan on TV or reading his sports columns and then, an hour later, he is teaching a class — well, that is pretty amazing. We have the best professors in the world and they get to teach us directly what they are doing out in the field.”

The Olympics not only brings the world together, uniting countries and people afar, but it cultivates an unmatched spirit captured by the media. Serving as more than a sporting competition, there is a cultural and political story to be told — one that is built and documented by journalists, writers and producers at large.

“The games,” Stables said, “touch on all of these pieces that USC Annenberg is involved in: media, communication, society, journalism, and content. All of these things are a natural subject for what we study and do.”

USC represented by 44 athletes — most of any U.S. university — at Rio Olympics

The university looks to extend its incredible streak of gold medals: A Trojan has won one in every Summer Olympics since 1912.

Alan Abrahamson will be supervising two USC Annenberg master’s students who will also be covering the Winter Games in Russia.

USC has produced more Olympians, overall medalists and gold medalists than any other U.S. university.