Creatives and business people alike may have experienced the flow — a state of mind in which you’re so lost in the task at hand, the hours fly by.

That’s exactly where Israel “Izzy” Slodowitz, 23, found himself during the evening of Jan. 28, returning home with a friend from a charity dinner in San Diego. Except that he was actually flying. 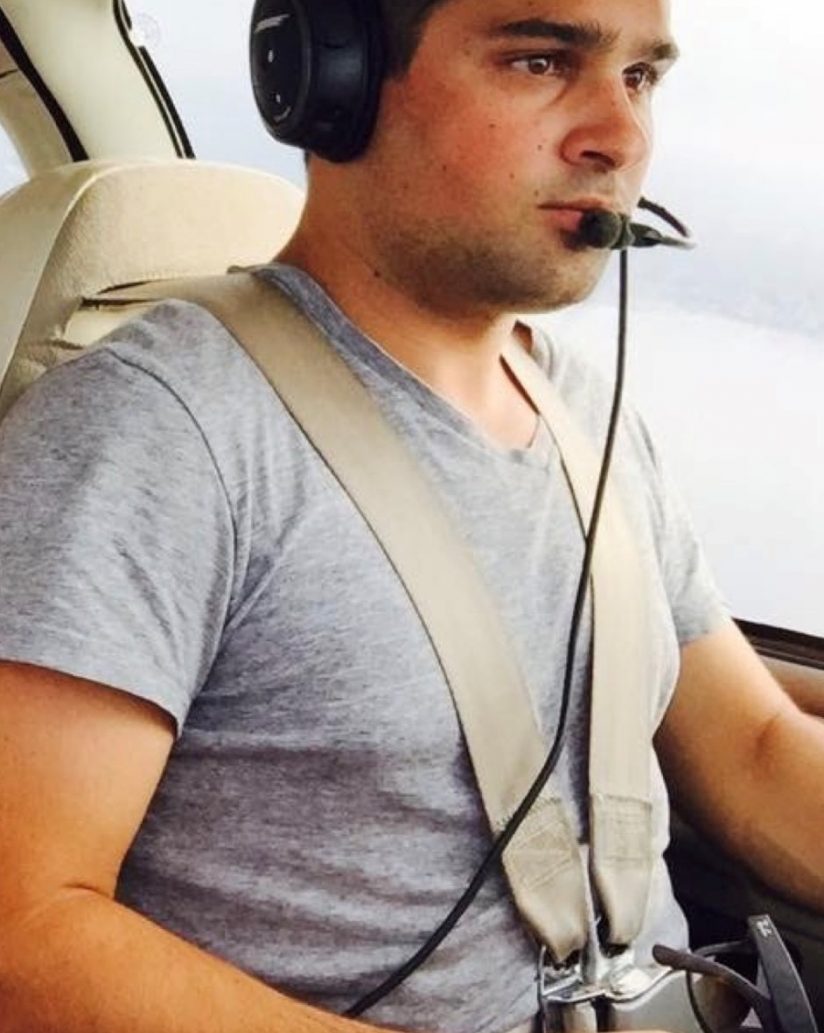 Slodowitz, an Israeli special ops veteran and transfer student in his junior year at the USC Marshall School of Business, is a licensed commercial pilot. He was making an uneventful return trip in his boss’s single-engine Beechcraft Bonanza G33. Then the engine suddenly died.

He immediately went on autopilot.

“Pilots are trained for these kinds of things,” he said. “Still, I went on total muscle memory and didn’t let myself think of anything other than landing the plane.”

With both his private and commercial pilot’s licenses and more than 2,000 in-flight hours clocked, Slodowitz had plenty of training and experience. He went through a checklist of things that might be wrong, followed by troubleshooting.

A small plane like his could glide for about 10 miles under normal conditions. And he was within sight of John Wayne Airport.

Trouble was, 40-knot Santa Ana winds were pushing him off course.

“I realized that we weren’t going to make the runway,” he said. “And because it was night, I couldn’t see what was in front of the runway. I’m not going to lie — in the very back of my head, I could see how this might turn out badly.”

With 40 seconds to go before touchdown well before the runway, he made a split-second decision to bank left.

I just went with my gut.

He still can’t say why. “I just went with my gut.”

He’d glimpsed a road, a highway. And traffic was sparse enough. But then he saw the overpass. Another split-second decision.

If he tried to go over, the plane would lose trajectory and crash. If he went underneath, he’d gain speed and it would be a challenge to land safely. He turned off his battery to conserve power, cutting his lights.

The very second he cleared, he turned his battery on again and lowered the landing gear, touching down just neatly onto the 55 Freeway in Costa Mesa, going with traffic.

He didn’t hit any cars. He didn’t cause any accidents. He was able to pull off to the side of the road and walk away unhurt. Not so much as a scratch on the plane.

Does he realize how lucky he is? He does, he said. But he said it was training — in addition to luck — that brought him home safely.

He said he feels strongly that every business student should get flight training, as it prepares the mind for quick thinking, logic and fierce decision-making.

Will he be flying again soon? Absolutely.

“I’ll be back in the cockpit not because I’m crazy,” he said, “but because I’m logical. Aviation, statistically speaking, is safer than driving, even walking.”

DEN@Viterbi allows captain to pursue a master’s degree from the other side of the world.

From assisting in immigrant courtrooms to singing with the SoCal VoCals, Bubman has grown into himself during his Trojan tenure — and he’s looking forward to saying goodbye to his peers in person.