Dozens of USC students talked to homeless folks across Los Angeles over the winter break to get a better picture of the issue plaguing the city and county. 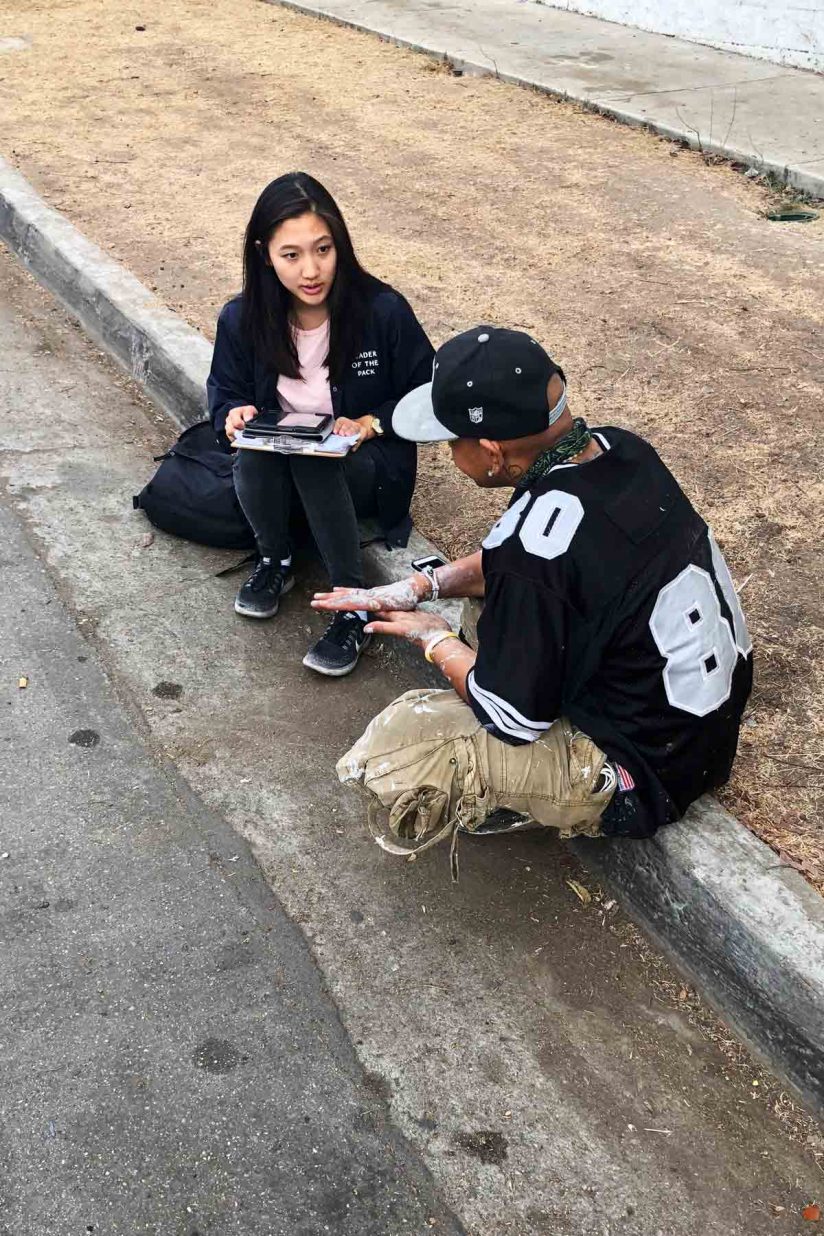 This is USC’s second year as the research partner of the Los Angeles Homeless Services Authority, leading a demographic survey to learn more about the homeless population, including what leads them to be homeless.

With the passing of Measure H 10 months ago, the county will receive about $355 million a year for services and programs to deal with homelessness.

The USC survey will help LAHSA, a joint city-county agency, coordinate and allocate resources, according to USC Assistant Professor of Social Work Ben Henwood, who is leading the university’s effort.

“The numbers matter a lot, even locally,” Henwood said. “Allocation is based on need, and need is determined by how many people are homeless in one area. It’s become important for us not to just be accurate overall but accurate in certain areas.”

The Homeless Services Authority divides the county into service planning areas, or SPAs. Looking at 2017 data, every SPA saw an increase in homelessness, with the Antelope Valley and East L.A. County seeing the sharpest spikes — 50 percent.

USC researchers hope to get a more precise look at areas seeing higher concentrations of homelessness.

USC researchers are also collecting data on populations that were historically hard to track, such as youth, which saw the biggest spike last year versus 2016. USC is partnering with local organizations to get a more accurate picture of the youth population, which isn’t always as visible as the adult population. 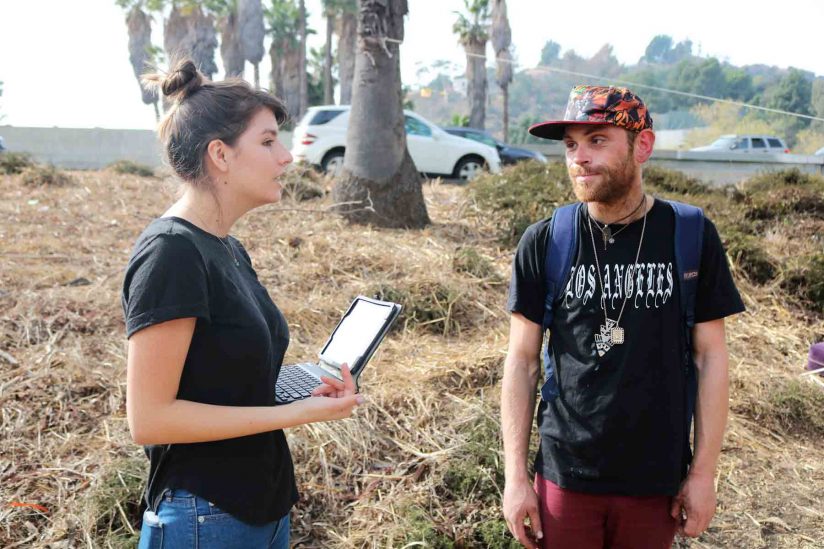 USC Alumna Laura Onasch-Vera speaks with a person in Hollywood who describes the daily struggles of homelessness. (Photo/Andrew Gutierrez III)

This time around, the survey was scheduled while students were on winter break. Twenty former homeless individuals, sourced through through Chrysalis, teamed up with 43 USC students and a handful of other college students and volunteers to do the survey.

“They might understand a scene a bit better … because they lived it,” Henwood said of having help from the formerly homeless. “If they have particular knowledge of an area, they’re being sent there.”

Because of an uptick in homelessness among Latinos, this year the survey was offered in Spanish for the first time with Spanish-speaking surveyors on hand.

Along with the homeless count, which mobilizes roughly 8,000 volunteers from Jan. 23-25 to count the homeless across L.A. County, the survey’s goal is to provide the best estimates possible to help guide the county’s efforts in addressing homelessness, Henwood said.

Twice a week they hit the streets, handing out burritos and making friends.

Trojans examine local, state and federal policies that affect the housing, health, income and safety of the city’s homeless.

How many homeless are there in Los Angeles? USC helps city, county find out