From selfies to Instagram to Pinterest, we’re bombarded with images — and then there are the ones that really make you stop and smile. Take a look at some of our favorite photographs from 2017 and see what you think. 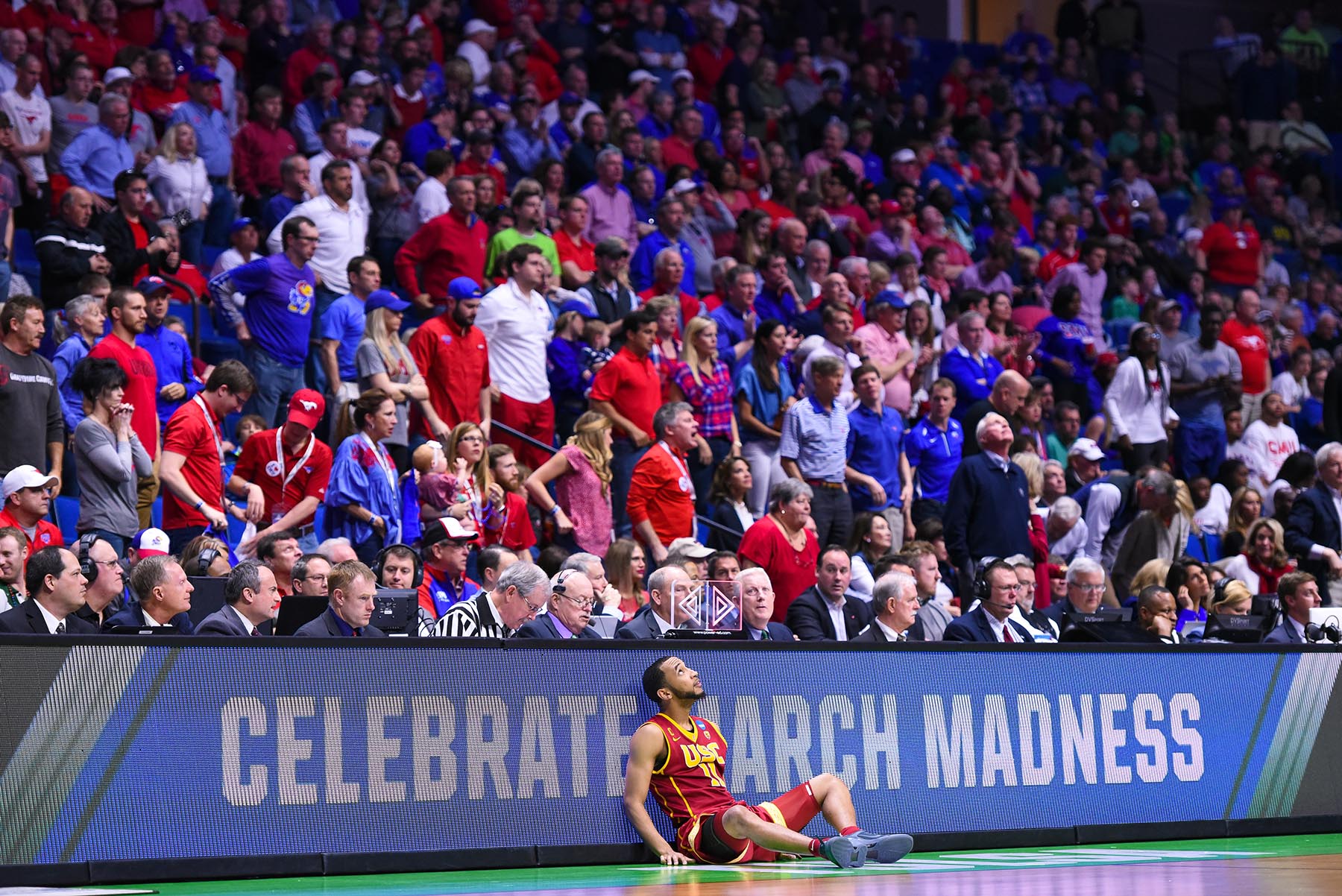 No. 11 seed USC upsets No. 6 seed SMU in the first round of the 2017 NCAA College Basketball Tournament. (USC Photo/John McGillen)

The USC men’s basketball team pulled off an unexpected 66-65 win over SMU as March Madness got underway. Here, Jordan McLaughlin takes a break from the action.

The president, in Washington 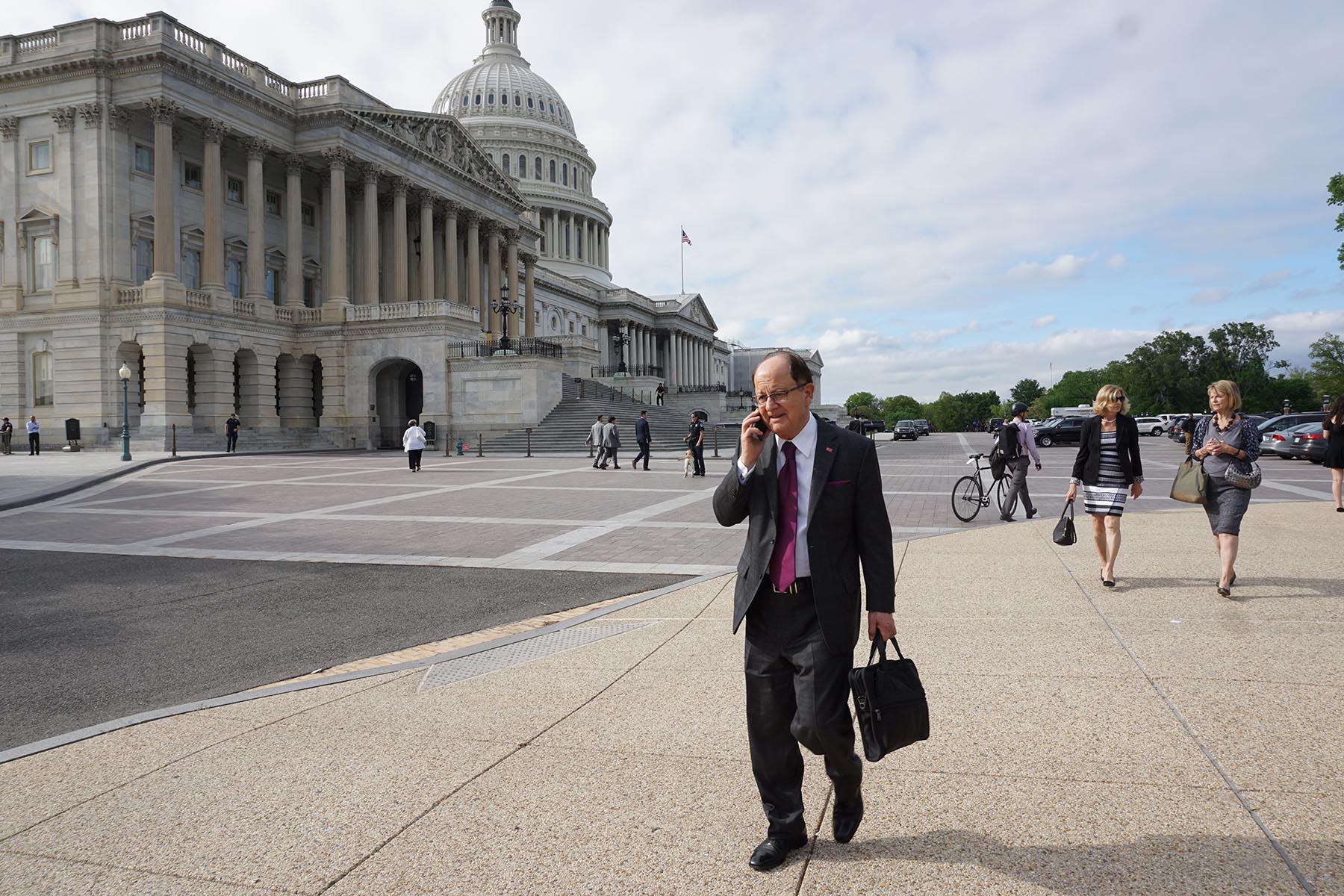 The USC delegation’s annual trip to Washington took on new urgency this year, with USC President C. L. Max Nikias and other university leaders discussing the impacts of the Trump administration’s travel ban, expressing their opposition to a number of deep cuts in the proposed federal budget and expressing support for DACA students. 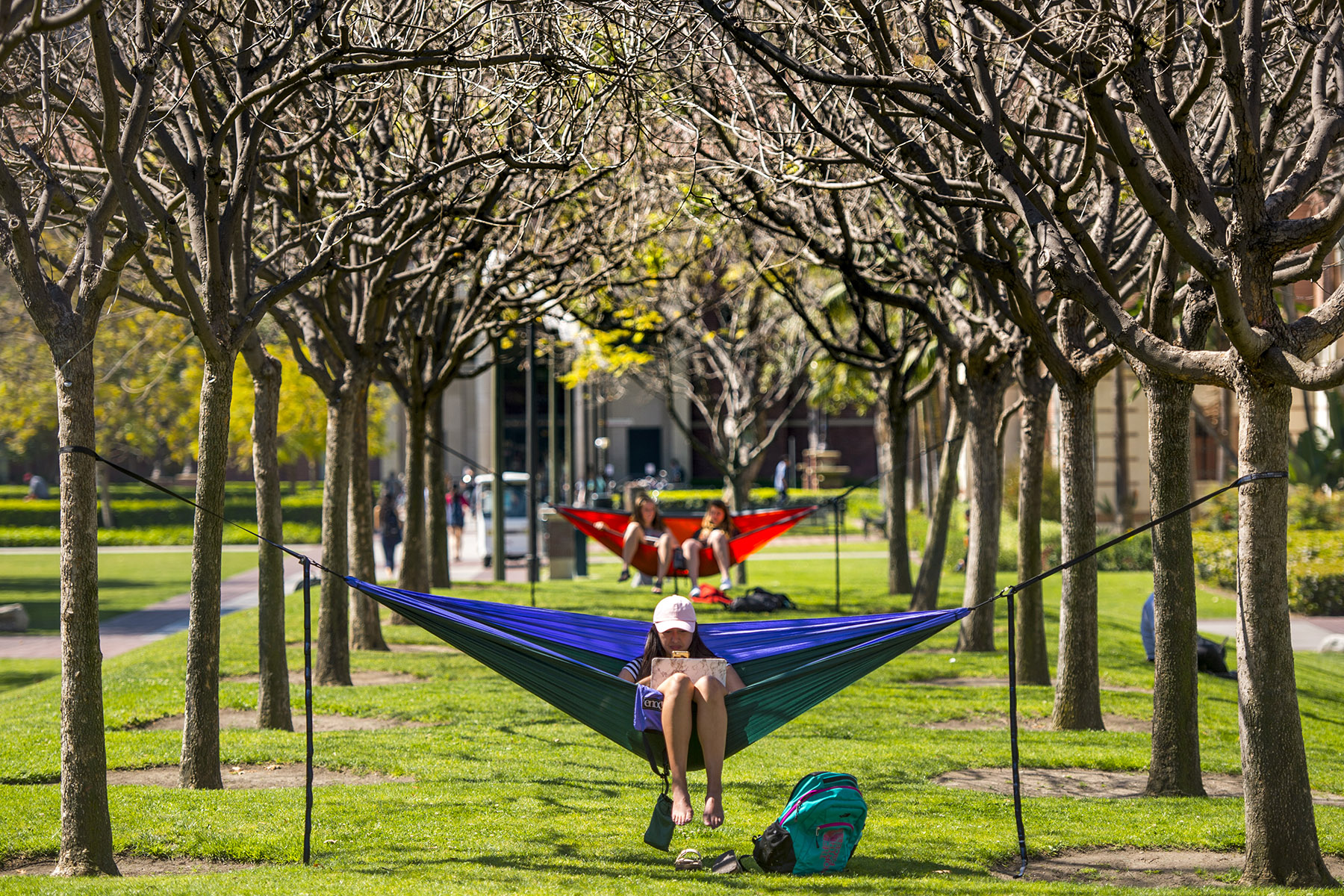 There’s nothing quite like kicking back and enjoying a beautiful day on the University Park Campus.

From a surprise visitor … 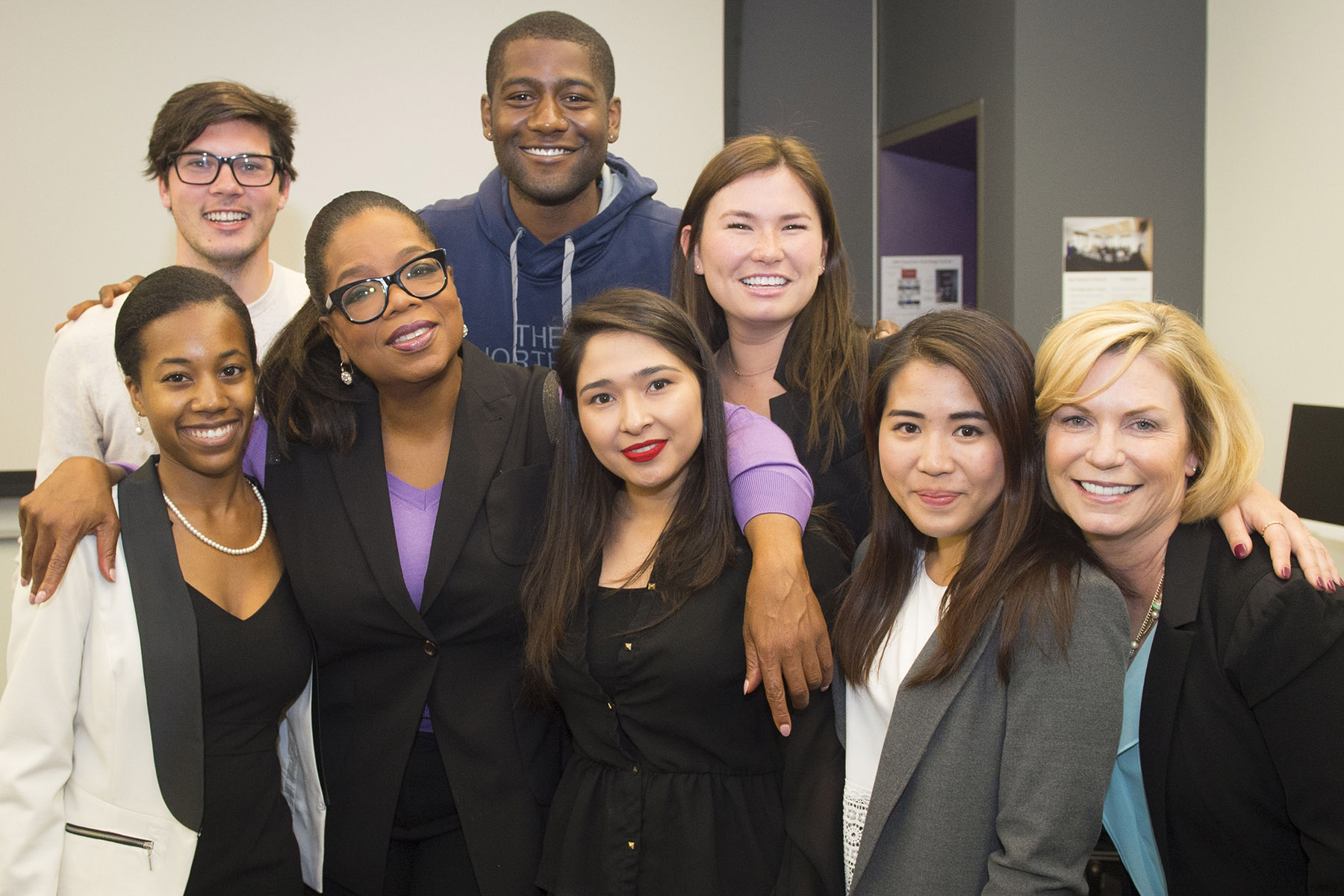 A surprise visitor to class on April 21. (USC Photo/Alan Mittelstaedt)

So this happened: Oprah Winfrey made a stealthy visit to check out a broadcast journalism class at the USC Annenberg School for Communication and Journalism.

…to just being surprised 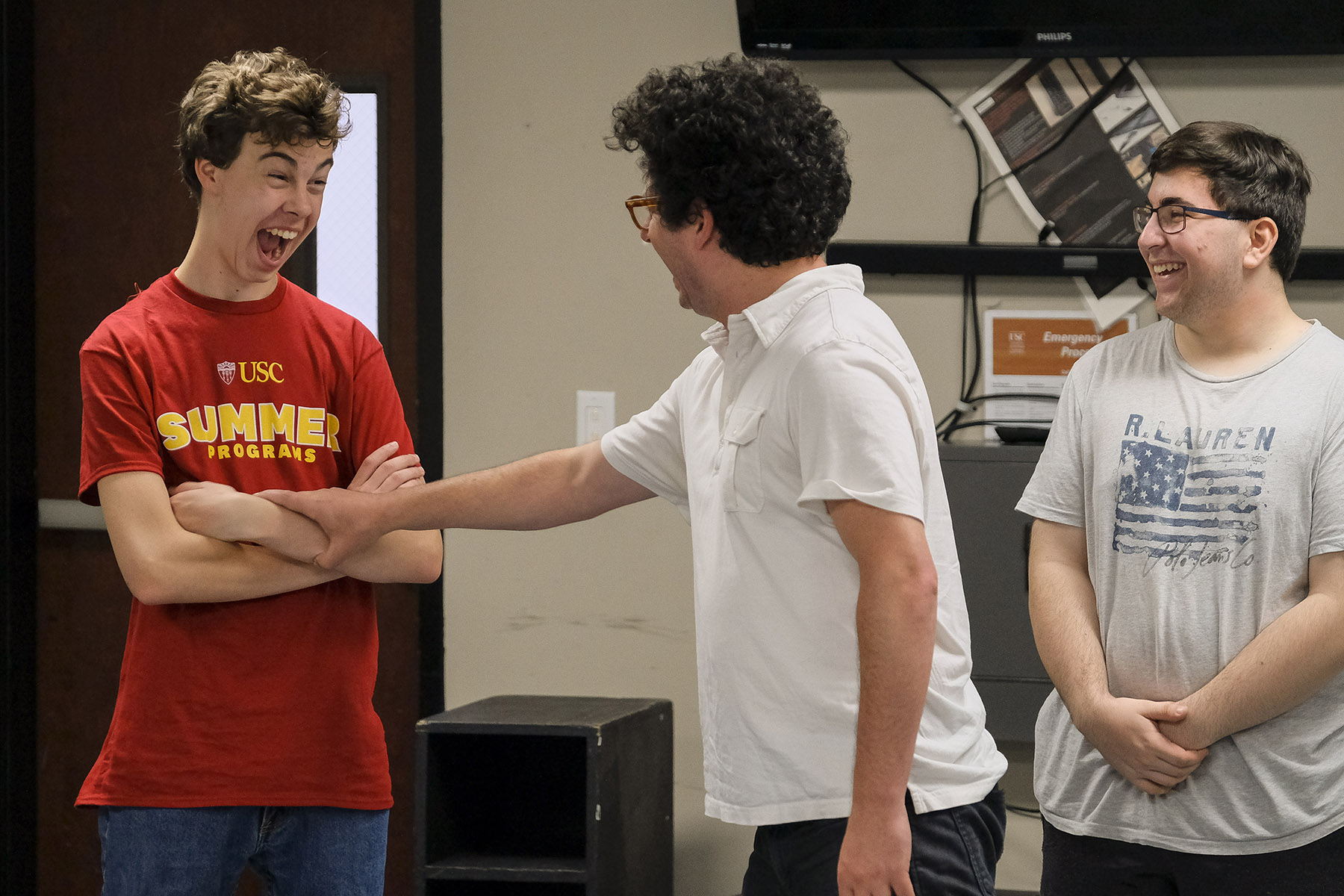 USC’s Summer Programs give high schoolers a taste of college life. From comedy to criminal justice, the programs give teens experience to help them decide on a major or even a career. 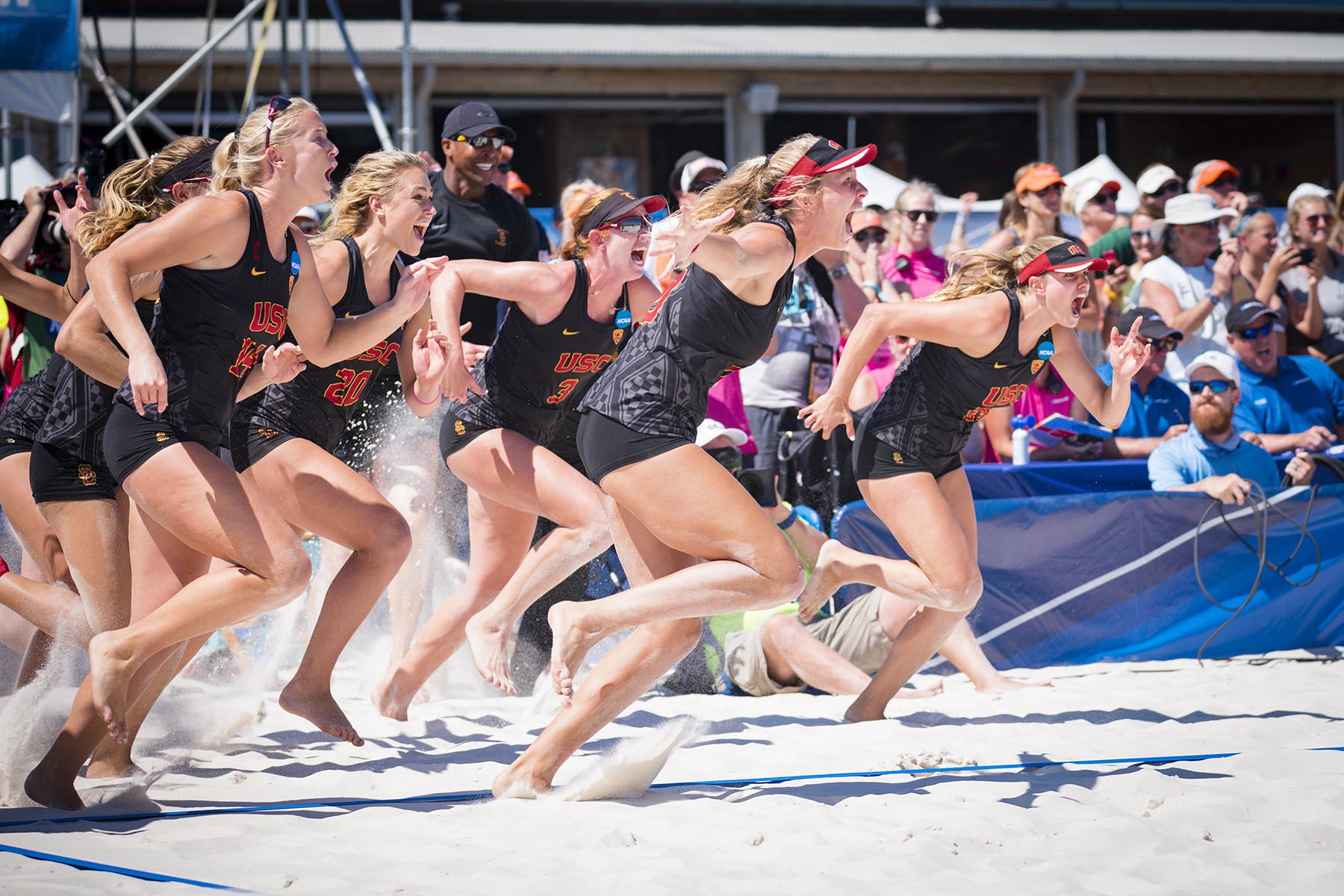 There’s nothing like the thrill of victory, and it’s a feeling this team knows for sure: The women’s beach volleyball pulled off the three-peat. 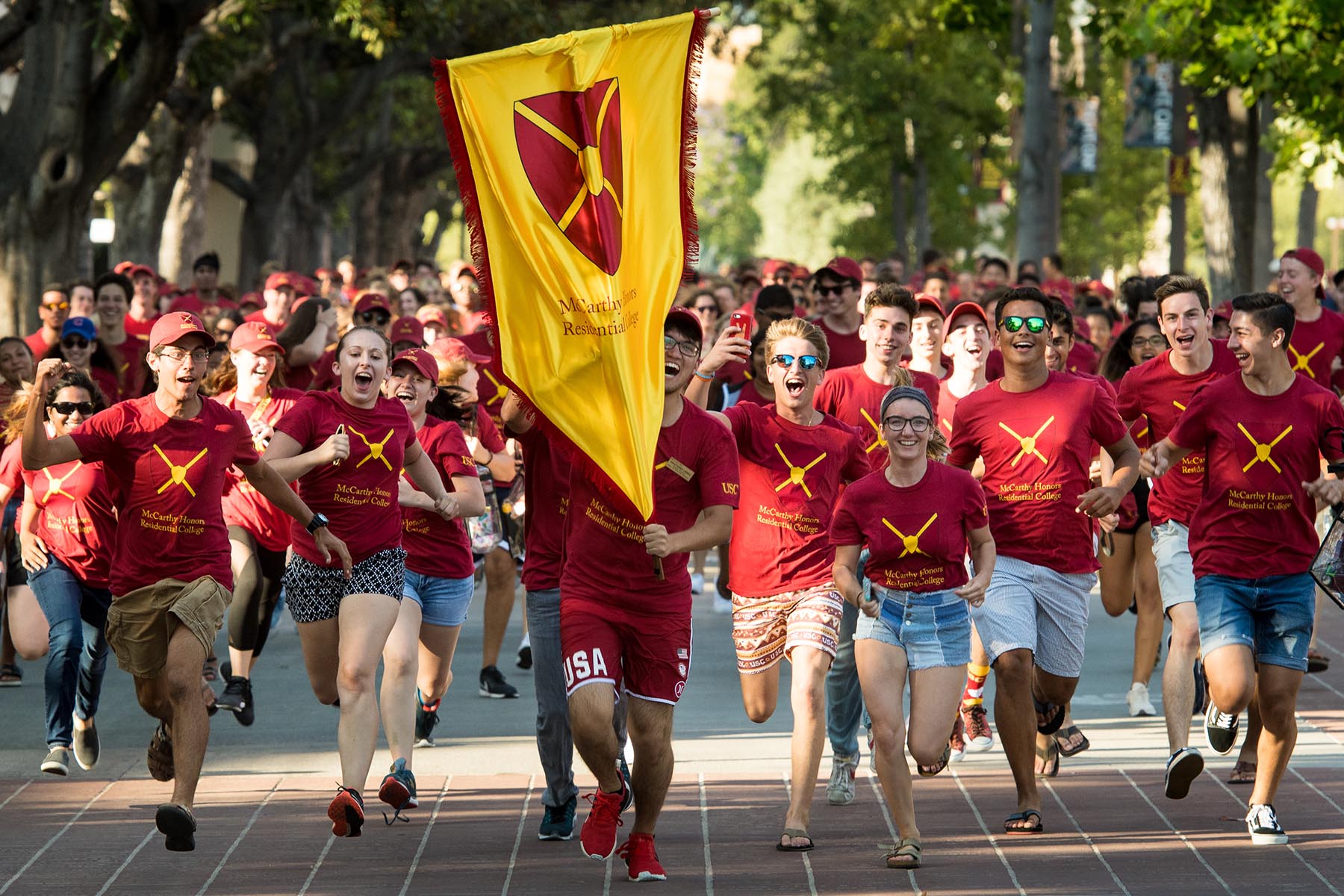 The residential colleges at USC Village opened for business. Among the new arrivals: this spirited bunch of freshmen. 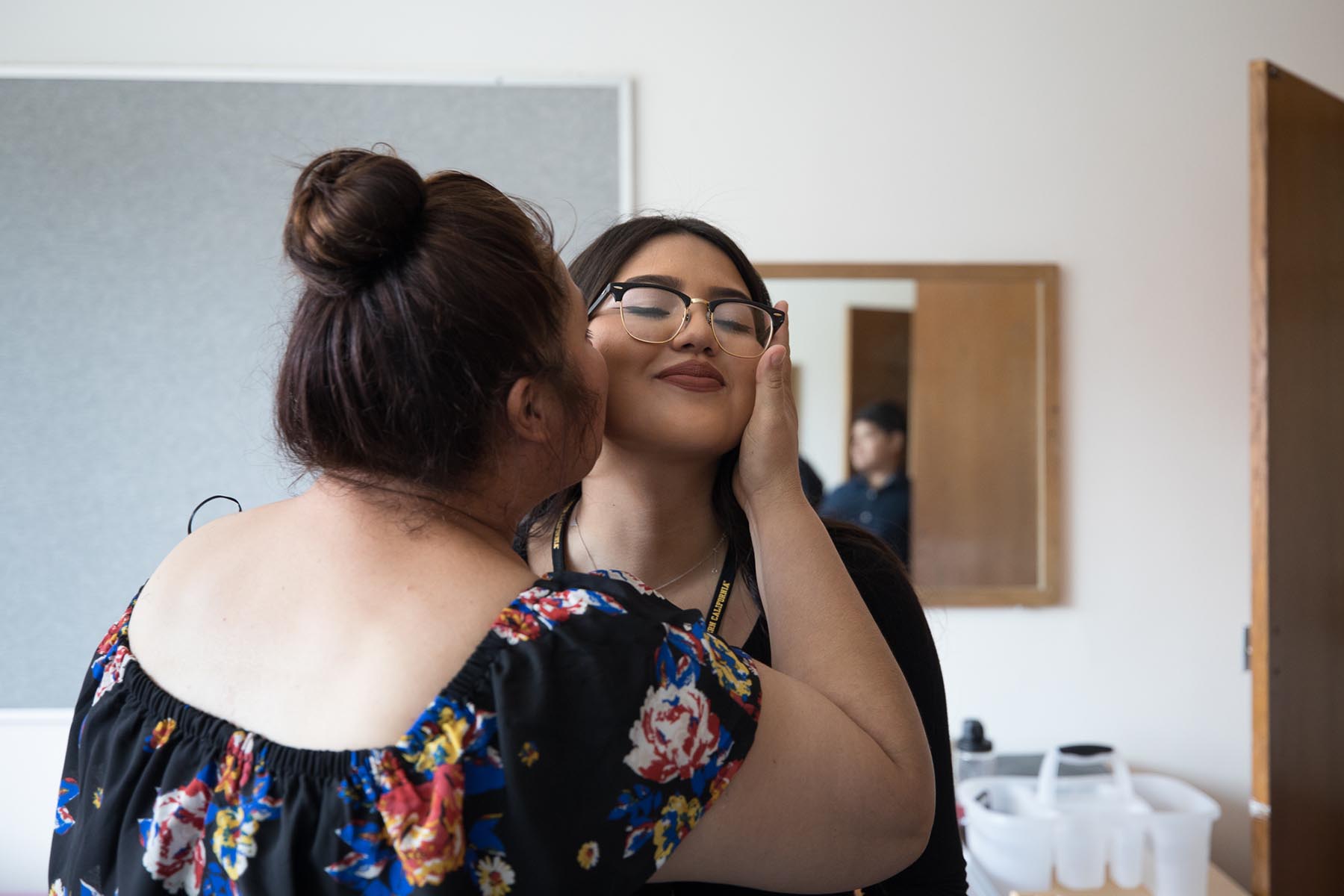 Diana Perez says goodbye to her mother after moving in at USC. (Photo/Stella Kalinina)

The start of a new school year means plenty of “hellos” — and often one very poignant “goodbye.” 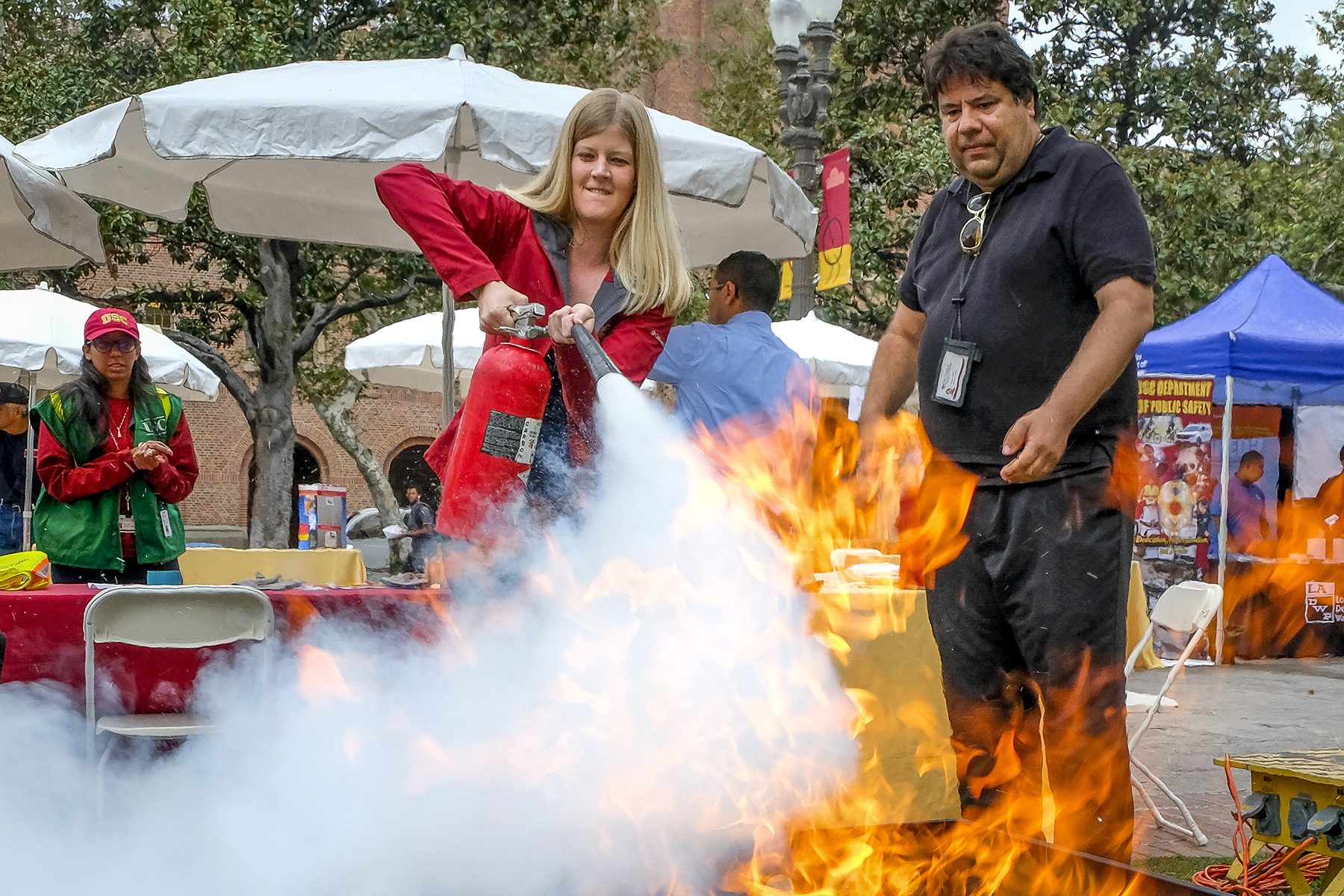 Safety comes first at campus events — even ones where open fires are part of the planned activities. 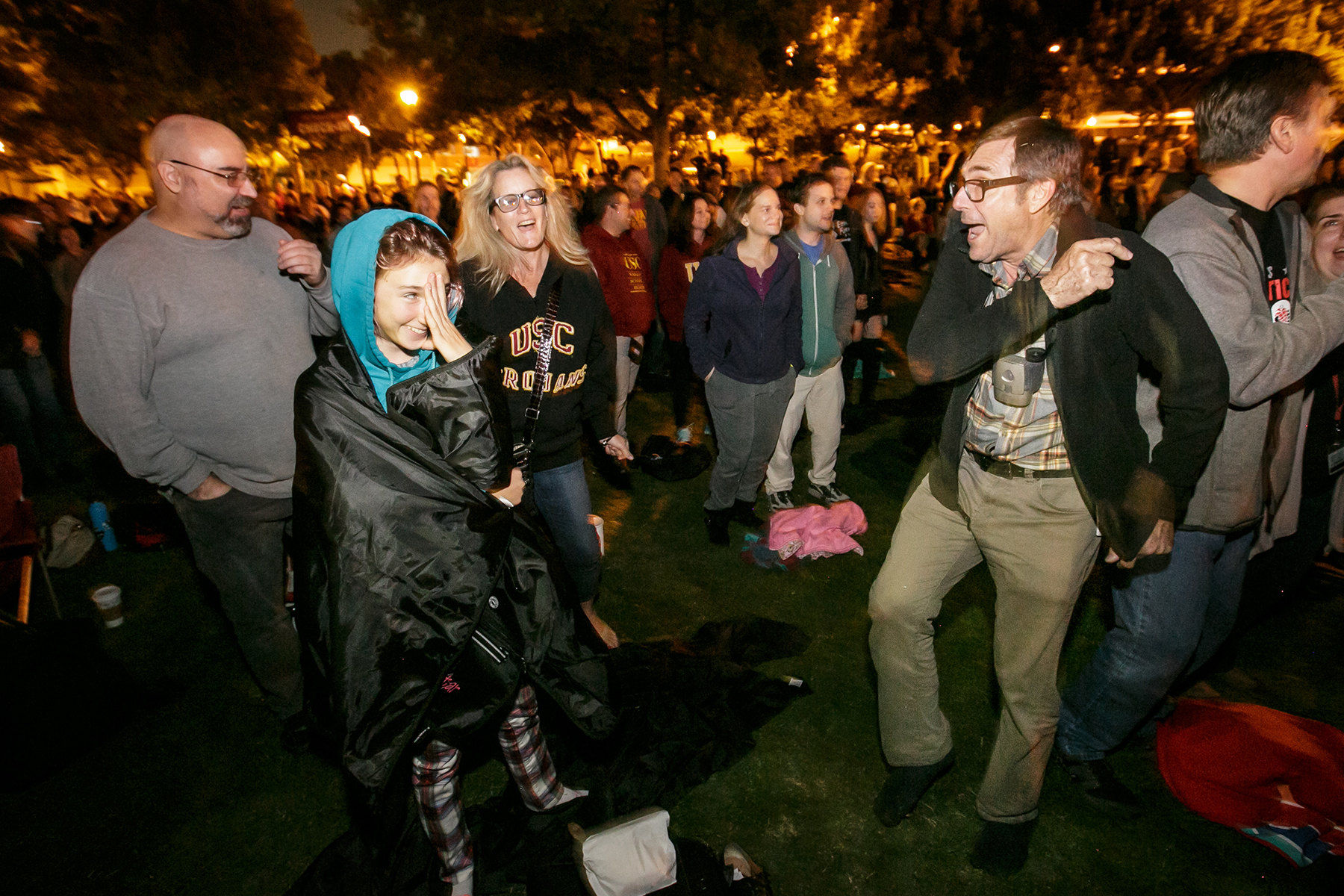 Trojan Family Weekend kicked off with a lively concert by The B-52s. Invited were faculty, staff, alumni, students and parents (sometimes to the chagrin of their children). 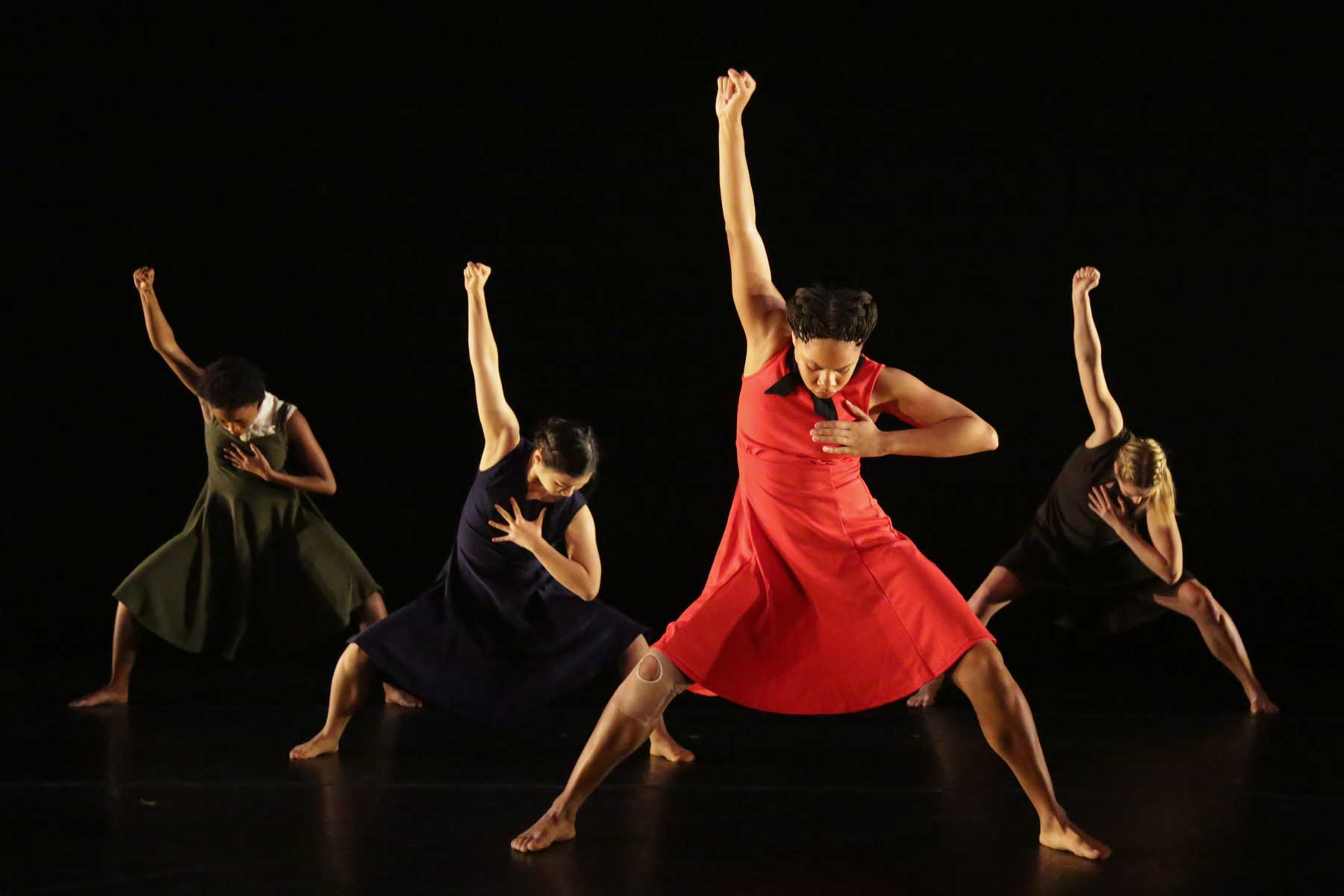 More stories about: Year in Review 2017

From comedy performance to criminal justice, USC Summer Programs give teens the experience to help them decide on a major or even a career.

USC 2017 | Say it with pictures: Our favorite images of the year