What captivated our readers this year? Will Ferrell’s commencement address, a drone’s-eye view of the newly unveiled USC Village and the health benefits of fasting and drinking coffee ranked among USC News’ most-read articles.

Before we ring in 2018, take a curated look back through a few of USC’s most popular stories in 2017 that will become an enduring part of USC history.

The 15-acre, $700 million USC Village made its official debut in August on the north side of the USC University Park Campus. Featuring residential colleges for USC students, as well as restaurants and retail shops, the massive project is the largest-ever development in South L.A. (Enjoy a flyover of the site while you’re at it.)

Sharing funny memories from his student days at USC, actor and comedian Will Ferrell ’90 feted the Class of 2017 during a memorable commencement speech that went viral. Said Ferrell, summing up the experience: “It is incredibly surreal … that I get to deliver this address to you.”

The couple who turned their wedding into $20,000 fundraiser for charity 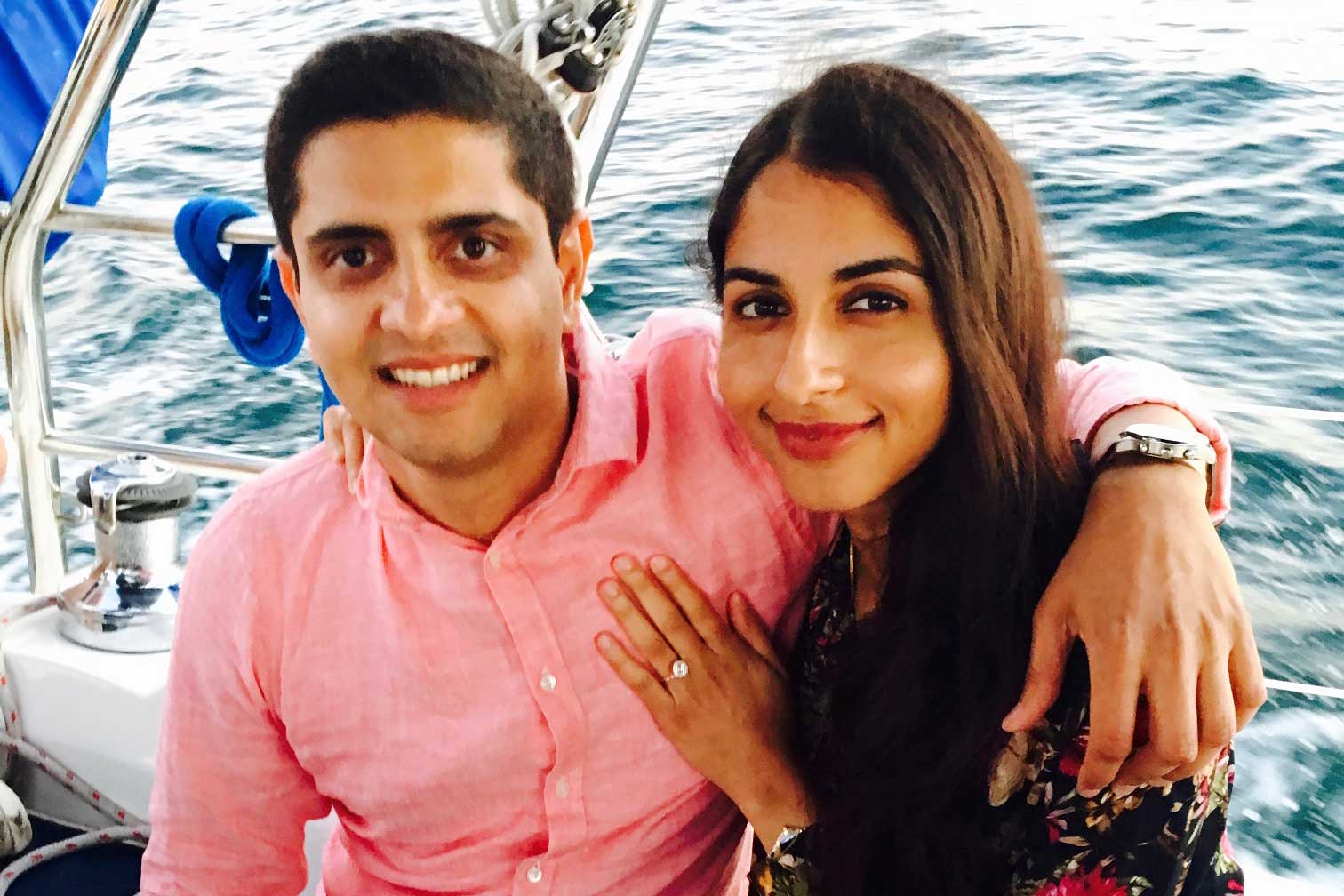 Nishkaam Mehta MBA ’12 and Poonam Kaushal will get married on Valentine’s Day. (Photo/Courtesy of Nishkaam Mehta)

Rather than dishing out thousands of dollars on a traditional Indian wedding, Nishkaam Mehta MBA ’12 and Poonam Kaushal instead donated $20,000 to charity and encouraged their friends and family to raise funds to feed children affected by violence in Cameroon. Their gesture touched countless friends and strangers as their story of generosity took off on social media.

How does USC’s 2017 valedictorian do it all? 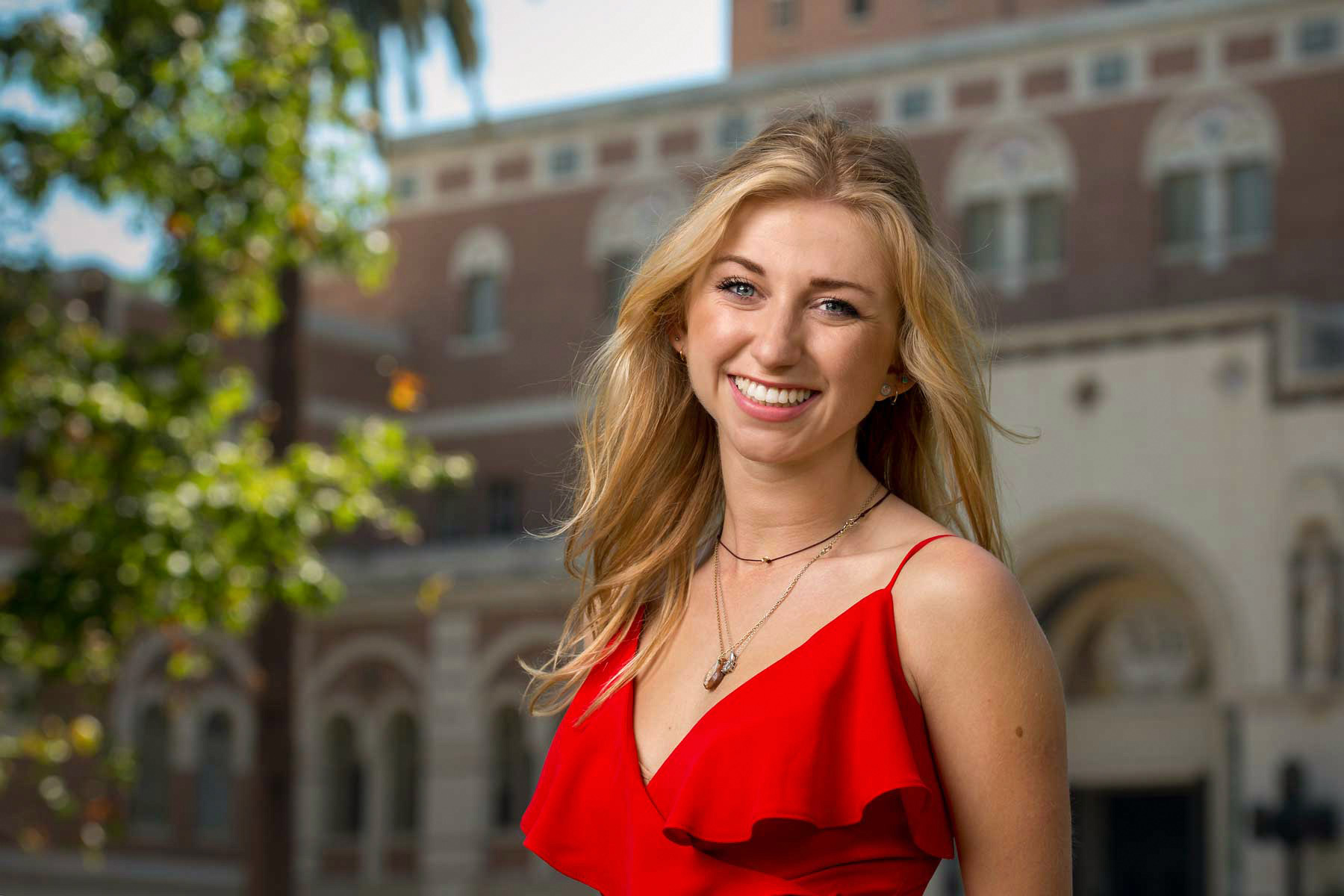 The Class of 2017’s valedictorian, Cooper Nelson, made the most of her experience at USC. She studied cinema and media, screenwriting, law, history and culture; hiked with faculty and fellow students; and hit the slopes with USC’s ski team. She envisions a career in Hollywood, with entertainment law as a backup plan.

Coffee keeps you alive — as well as awake 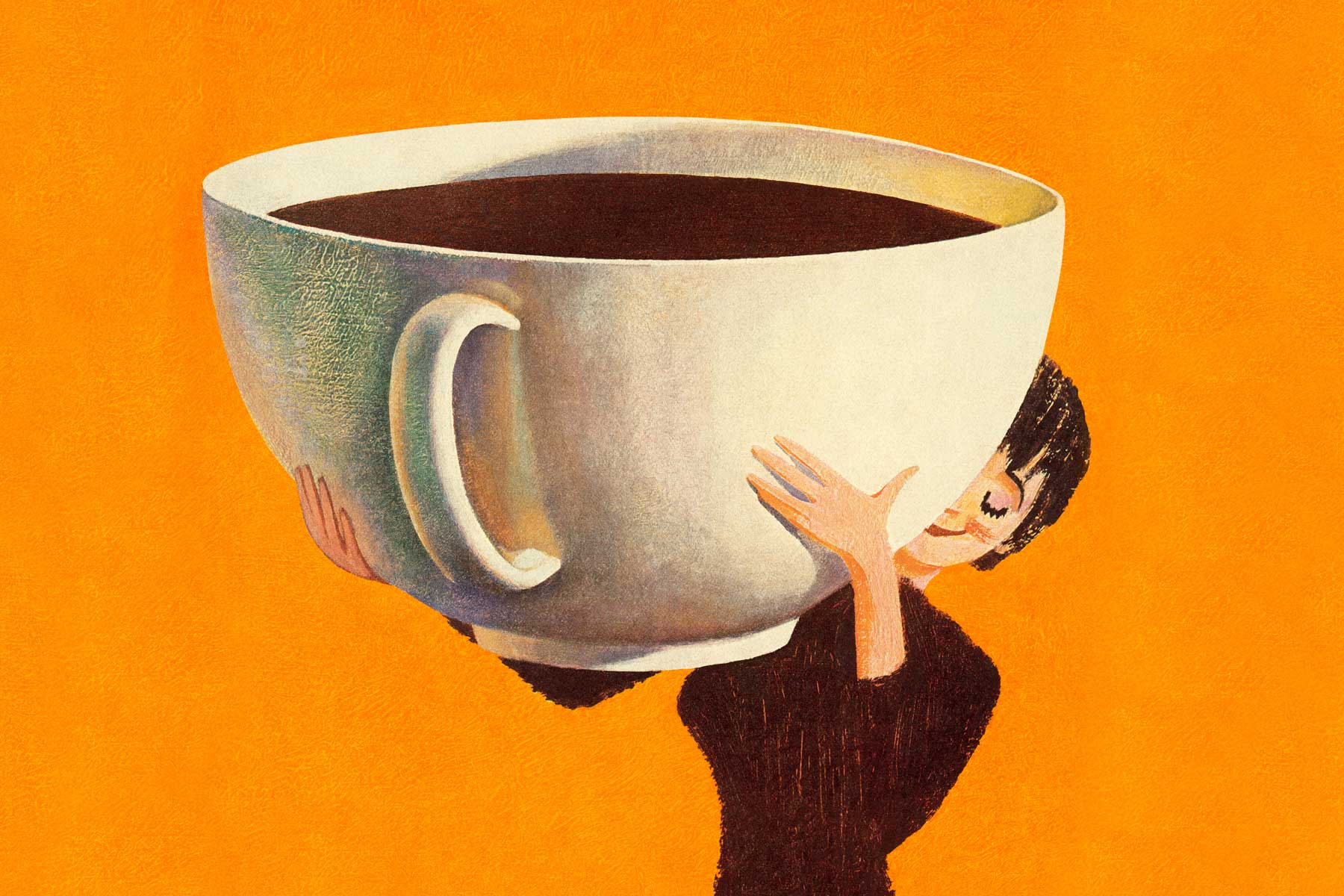 Researchers found health benefits associated with coffee drinkers who had even just one cup a day. (Illustration/iStock)

In addition to an apple, maybe a cup of coffee a day could help keep the doctor away. USC researchers found drinking coffee lowers the risk of death due to heart disease, stroke, diabetes, cancer and other health issues. 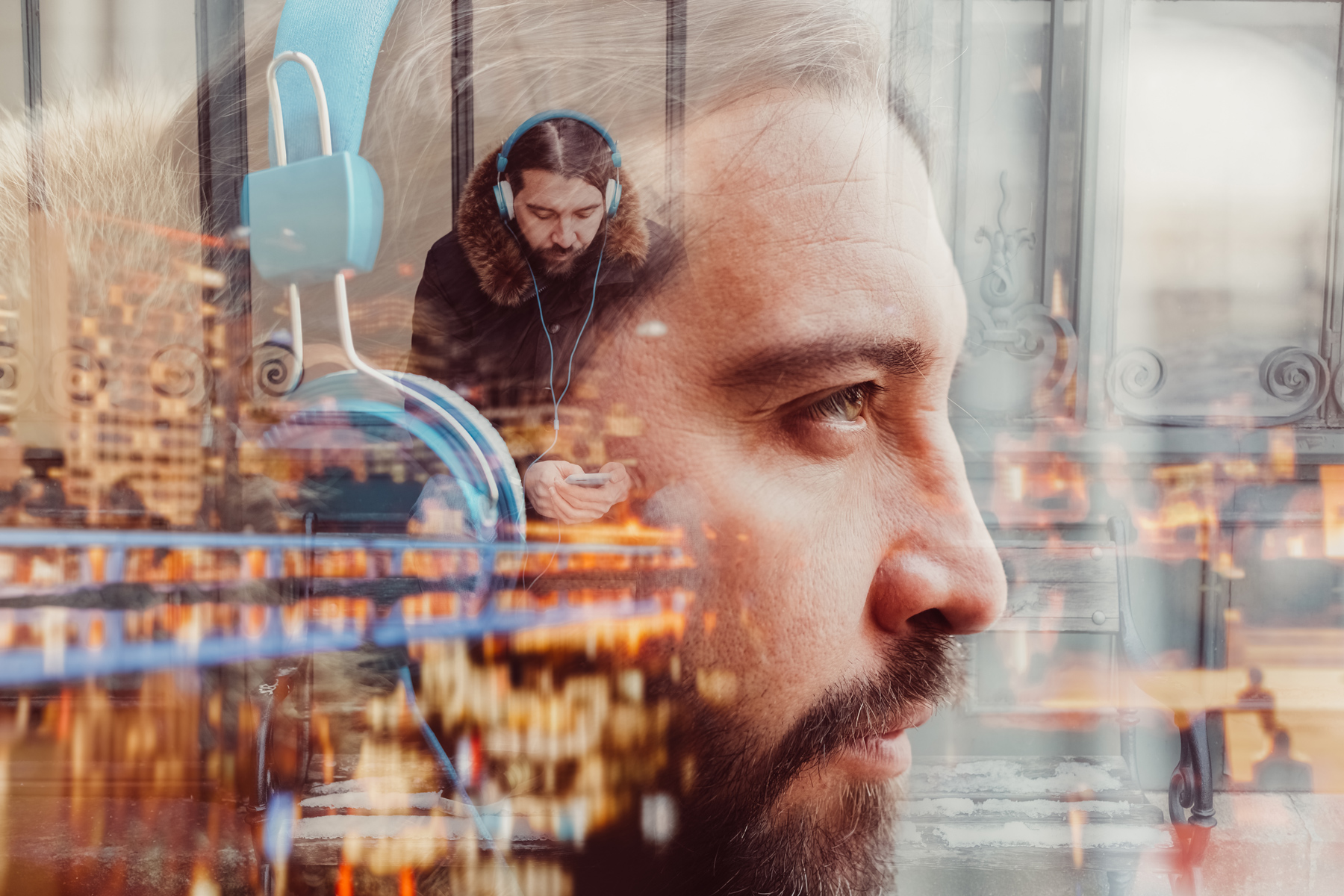 Does listening to a certain song give you the chills? Your brain may be wired differently. (Photo/iStock)

People who get chills with music might have brain pathways that enable them to feel more intense emotions. Researchers at USC are exploring how emotional processing, music and the mind are linked. (Listen to people talk about getting goosebumps from music in this audio story.) 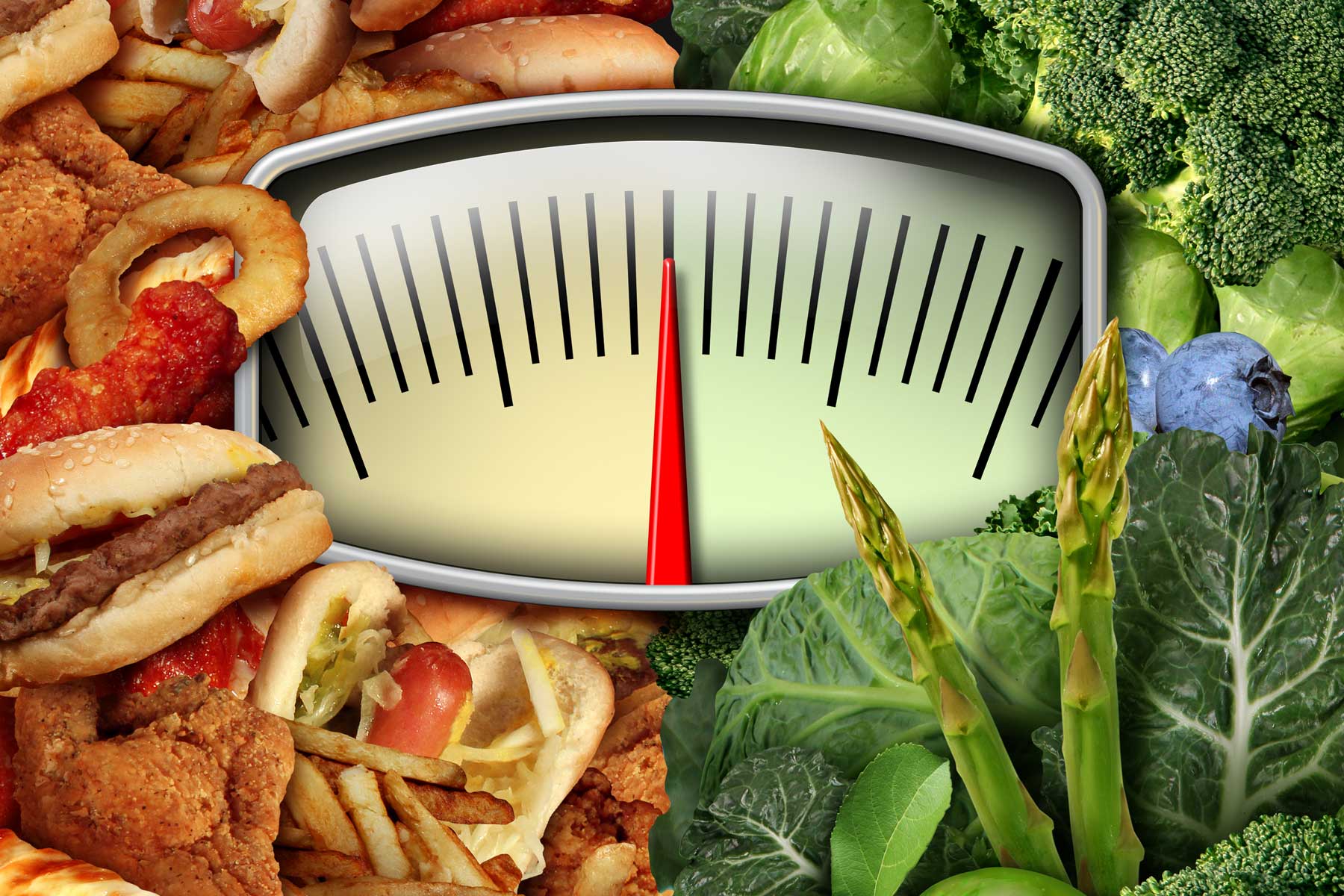 Study participants at risk for high blood pressure or diabetes could benefit from a cycle of fasting. (Illustration/iStock)

Want to lose weight and lower your risk of major disease? Consider a short-term fasting-like diet. Researchers at USC found that following a low-calorie diet that mimics fasting for five days a month helped with weight loss and protected against cardiovascular disease, cancer, diabetes and other age-related illnesses.

USC ranked as a top university in U.S. in comprehensive national survey 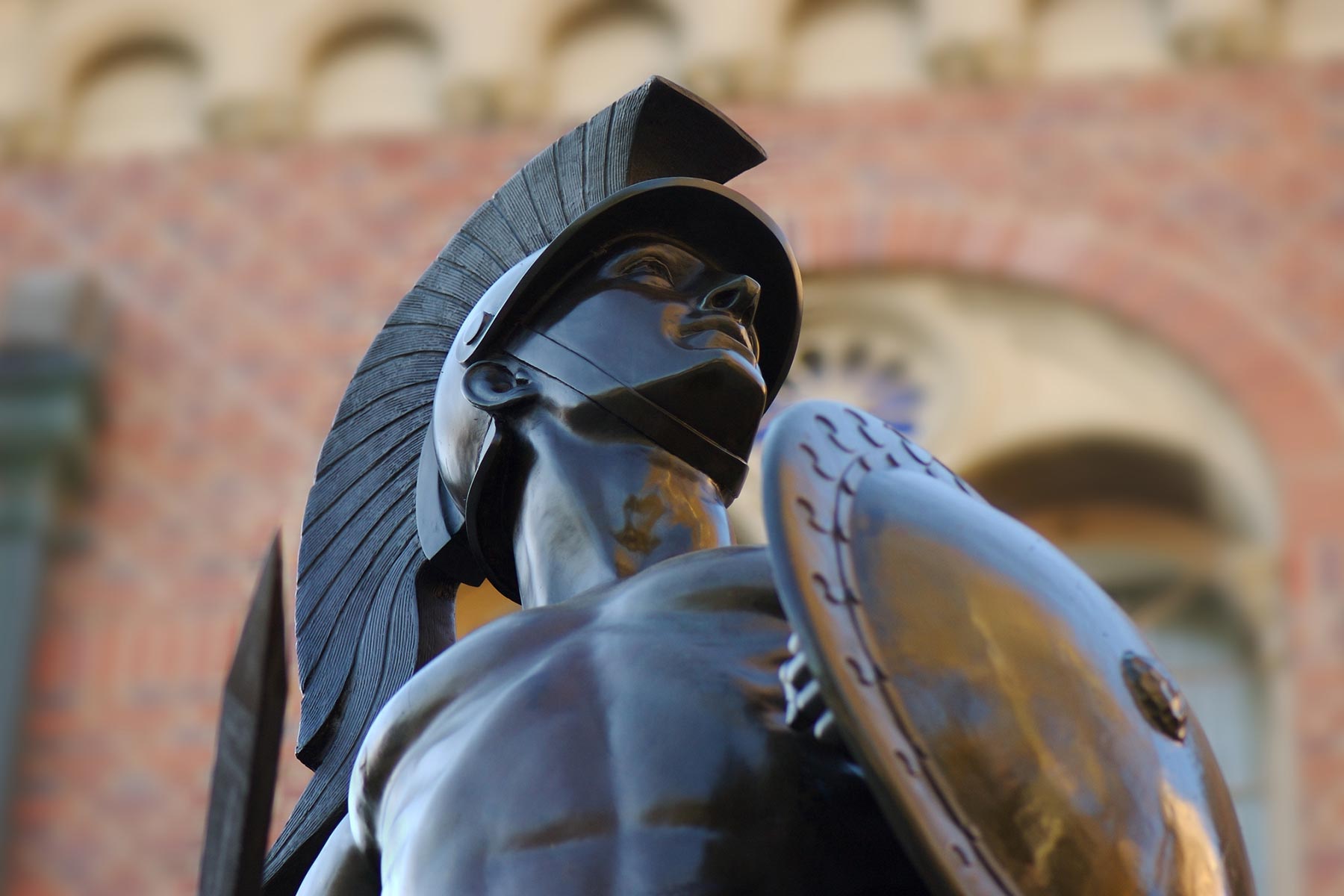 As engraved on the statue’s base, Tommy Trojan symbolizes the qualities of the ideal Trojan: “Faithful, Scholarly, Skillful, Courageous and Ambitious.” (USC Photo/Dietmar Quistorf)

USC ranked No. 15 in a survey of more than 1,000 U.S. colleges and universities, and ranked No. 3 in the West, with strong scores in engagement and inclusion. The Wall Street Journal/Times Higher Education survey for top colleges uses metrics like student resources, diversity and employment after graduation to create its rankings.

Forget three-letter abbreviations and numbered gates: The new names are based on locations you already know.

The living spaces are filling quickly with furniture, but the choices took years and high-level testing.