In a narrow room not much larger than a closet, Joycelyn Yip reaches behind a glass shield to lower a pipette to a plate of silicon-coated glass.

Swaddled in a sterile white cloak, latex gloves and safety goggles, she drizzles a chemical compound onto a colony of stem cells before returning them to a nearby incubator. The cells, once circular and constantly dividing and replicating, lengthen and begin to connect into webs and strands.

“One day, they’ll just start beating on their own,” said Yip, a biomedical engineering PhD student at the USC Viterbi School of Engineering. “It creeped me out the first time I saw it.”

She is creating muscle cells that mimic the human heart.

Her ultimate goal is to use that living tissue to test new drugs or treatment approaches without putting patients at risk. It’s part of an exciting field known as tissue engineering that could pave the way to more personalized medicine that reduces side effects and helps cure diseases.

“We’ll be able to go to a patient, take their skin cells, make them into stem cells and then create their own personalized cardiac tissues,” she said. Then scientists could try different drugs on that tissue to see which therapy is the safest and most effective for the patient.

Stem cell research and growing heart tissue isn’t Yip’s only research preoccupation. She is collaborating with biologists at Children’s Hospital Los Angeles to explore how zebrafish rapidly regenerate tissue and whether that process can be stimulated in humans. She is also using 3-D printers, laser cutters and milling machines to create new gadgets, such as a device that tests the diffusion of drugs into cardiac tissue.

Previous projects include analyzing the mechanics of a golf swing using force plates, motion trackers and video cameras in the USC Biomechanics Lab and examining ways to create a needle-free vaccine delivery patch as a research assistant at the University of Queensland during a semester abroad in Australia.

Yip has found the perfect home for her studies at USC, which is increasingly emphasizing convergence, or collaborative research and scholarship that crosses disciplinary boundaries, to solve biomedical and technological challenges.

I’m interested in so many different things. It’s so hard to pick.

“I’m interested in so many different things,” she said. “It’s so hard to pick — I wish I could have five different careers.”

Biomedical engineering in the blood

A San Marino native, Yip was no stranger to USC as a child. Her parents, Julia ’88 and Andrew ’89, are both Trojans, earning bachelor’s degrees in business administration and electrical engineering, respectively. Their names grace a commemorative brick near USC Viterbi, and Yip spent many fall Saturdays cheering on the Trojans at the Coliseum.

An innate ability to understand how things work is also a family trait. She described her father and grandfather as adept handymen, and though her father ultimately pursued a career in finance, his engineering background likely influenced Yip’s childhood interests. She played with LEGO toys handed down by her cousins and cracked open the case of her first iPod to inspect its complex innards.

By the time she headed to boarding school in Boston, Yip had a sense that she wanted to pursue science. Her experiences in honors biology, chemistry and physics classes solidified her passion for engineering and medicine.

“I knew I didn’t want to be a doctor, so I think biomedical engineering really stuck out to me,” she said. “It lets me create the tools that doctors use while still helping people and applying my love of building and creating things.”

Heart problems — and drugs to fix them

USC’s strong engineering program, coupled with the university’s proximity to her family and a generous merit-based scholarship package, made it an easy decision for Yip to return to Los Angeles for her undergraduate degree. She enrolled at USC Viterbi in 2011 in biomedical engineering because of her fascination with objects she can construct and manipulate. 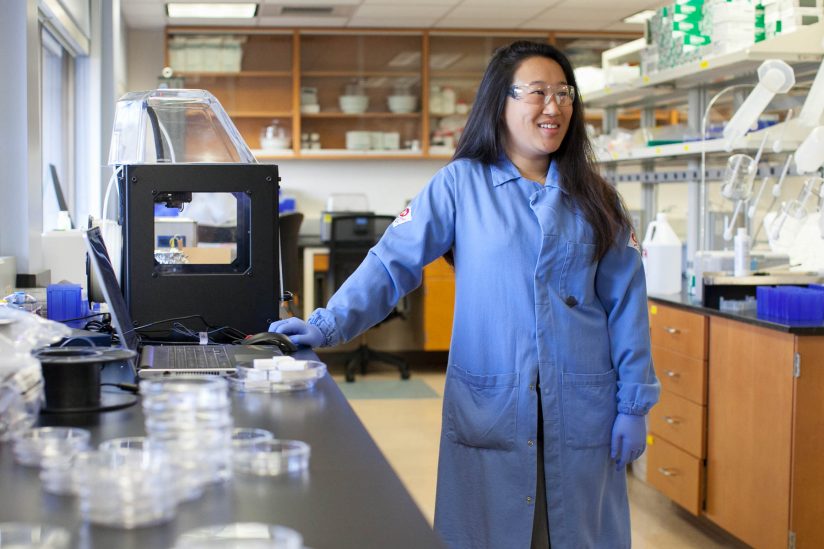 The progressive degree doctoral program at USC Viterbi soon followed, allowing her to earn her master’s degree in mechanical engineering earlier this year en route to the planned completion of her PhD in 2020.

Now a researcher in the USC Laboratory for Living Systems Engineering, overseen by Assistant Professor Megan McCain, Yip is focusing her efforts on cardiomyopathy, or diseases that cause the heart to enlarge and become thick or rigid, often triggering heart failure, irregular heartbeat and dangerous conditions like fluid buildup in other areas of the body.

Creating and analyzing cardiac tissues using stem cells is a promising counterpoint to current approaches that use animal models, Yip said, which allow testing of side effects on other organs and systems beyond the heart, but might not translate to people.

“Something that works in pigs and mice doesn’t necessarily work in humans,” she said.

Yip and her collaborators are doing more than culturing and observing cells. They’re using electrodes to test how well the tissues conduct electricity. They’re also building heart cells onto a mechanical cantilever that can assess how much force is generated when the muscle tissue contracts. Those engineering techniques allow the researchers to determine whether certain drugs could cause problems like an irregular heartbeat before they reach clinical trials.

For now, the focus is on creating a model for drug testing and screening, rather than growing healthy tissue to repair a damaged or diseased heart, which Yip described as complicated and “far down the road, especially because a heart is so complex.” Challenges remain, including making sure the cells they’re creating truly mimic adult cardiac tissue.

“We still have a long way to go to make sure this is ready for mass consumption, either for proving drugs are safe or implanting cells into people,” she said.

As an undergrad, she minored in art history as a counterbalance to her science-heavy courses at USC Viterbi, which enhanced her appreciation for design aesthetics and how people react to visual and physical cues. 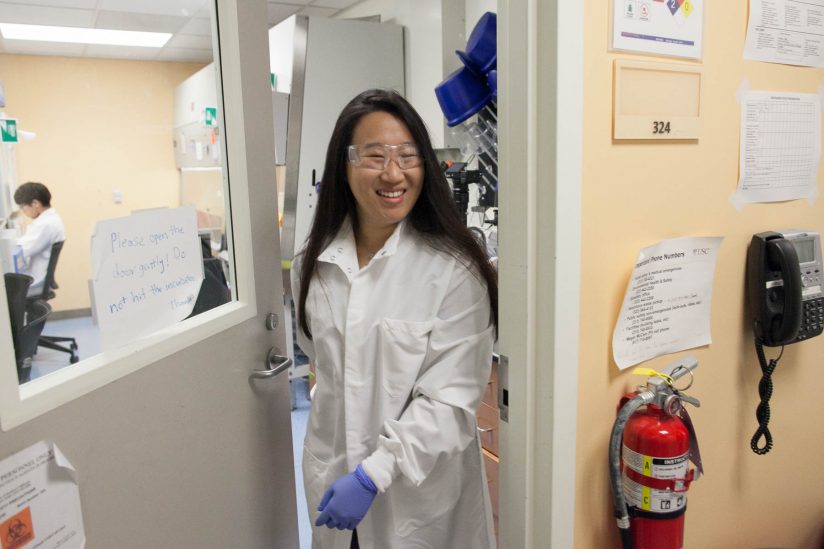 Despite her hectic schedule, she still finds time to catch USC football games from the student section and enjoys exploring Los Angeles and traveling. She has studied abroad in Australia, China and Paris, and her varied interests have earned her Discovery Scholar, Renaissance Scholar and Global Scholar accolades at USC.

Yip views her freedom to engage in many aspects of student life at USC as a credit to the generous scholarship support she has received throughout her studies. As an undergraduate, she earned a Presidential Scholarship, Town and Gown of USC Scholarship and SCion Scholarship, along with support from the USC Alumni Club of the San Gabriel Valley and the Trojan Guild of Los Angeles.

Her tuition as a PhD student was previously covered by an Andrew and Erna Viterbi Graduate Student Fellowship, and she is currently supported by an Alfred E. Mann Innovation in Engineering Doctoral Fellowship, both of which also provide an annual stipend.

“It really allows me to focus more of my efforts on just being a student, whether it’s taking classes or doing research or getting involved on campus,” she said. “I have to worry less about picking up odd jobs.”

Not that she doesn’t find time to squeeze in a little extra work as a grader and a mentor for undergraduate students at USC, including women interested in engineering careers.

When she completes her PhD, Yip envisions working for a medical device manufacturer on heart-related engineering projects. Although she enjoys academia, she hopes to develop real-world applications for her research.

“Working in industry would be a really great way to have a more direct impact on people,” she said. “I want to create things that directly help patients and really improve well-being.”

The daily regimen by older patients shows multiple health benefits and a reduction in health care spending, according to researchers.

Inspired to find answers by her grandfather’s chronic condition, USC junior conducts research that may benefit drug discovery and development.

Creating new heart muscle out of stem cells? This grad student is doing it