A pastel illustration of Bette Davis, star of such Hollywood classics as Dark Victory, Jezebel and All About Eve, hangs on the wall in the home office of Kathryn Sermak ’77. 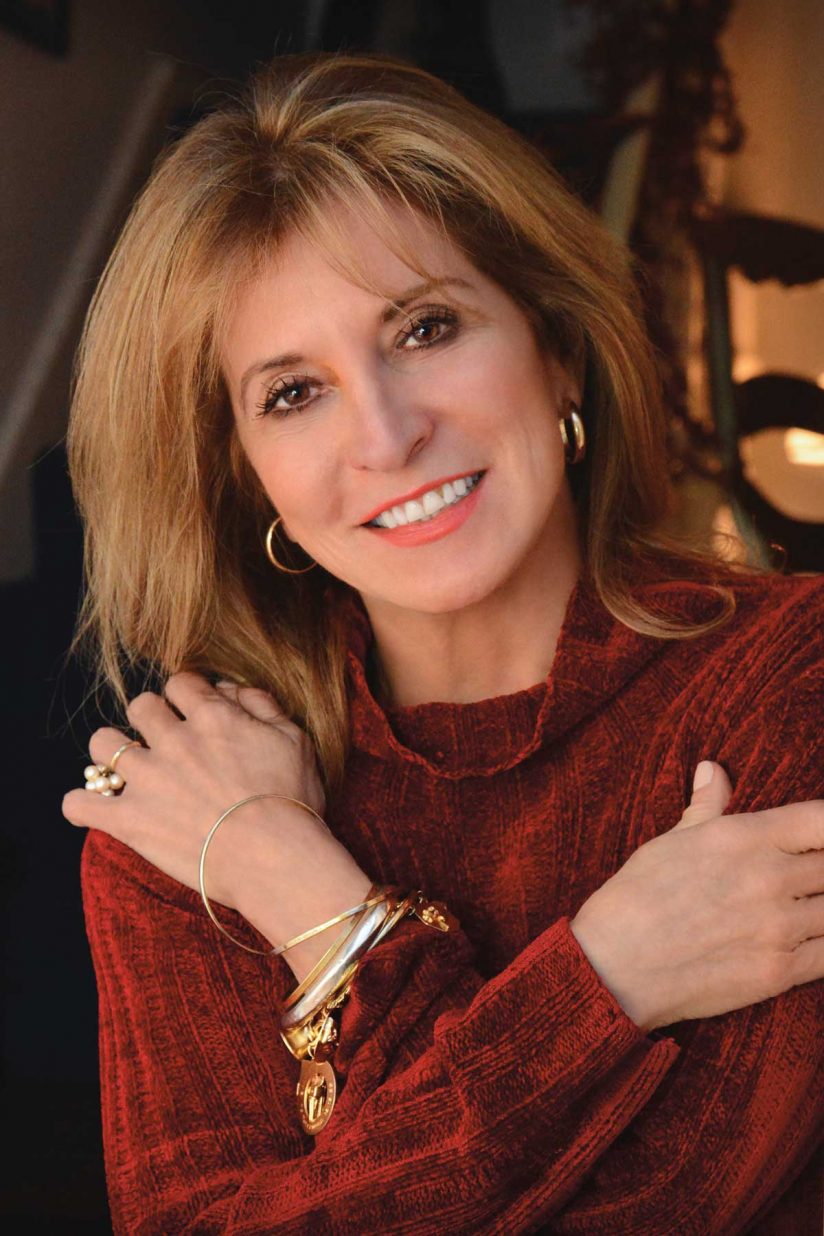 Drawn by an ardent devotee, the portrait arrived at Sermak’s mailbox three months after the star succumbed to cancer in 1989. The eyes seem to follow a visitor throughout the room, as if a villain was hiding behind the artwork. Davis’ omnipresence is tough to ignore, but Sermak seems comforted by it.

After all, most of her adult life was caught up in the star’s gravitational pull.

Sermak was student, Girl Friday (a term Davis preferred to secretary), personal assistant, friend, confidant, caretaker and heir to the movie queen. After Davis’ death, she was charged with preserving the actress’ legacy, both by co-founding and serving on the board of directors of the Bette Davis Foundation and, more recently, publishing a memoir of her relationship with “Miss D.”

Although she has worked with other influential people throughout her career as a personal assistant, Sermak’s loyalties clearly remain with Davis. Every room of her West Los Angeles home contains some memento of her career with the actress — a career that might not have happened, she believes, had it not been for her education at the USC Dornsife College of Letters, Arts and Sciences.

The year was 1979. Sermak had graduated from USC with a bachelor’s degree in psychology two years earlier. As she contemplated enrolling in graduate school, she accepted a job in Beverly Hills as a personal assistant to Princess Shams Pahlavi, eldest sister of Mohammad Reza Pahlavi, the last Shah of Iran. When the princess relocated to Mexico, Sermak, a self-described surfer girl from San Bernardino, chose to stay behind and parlay her experience and education into a job interview with Davis.

“One of the reasons [Davis] hired me was because I was able to state on my résumé my extensive foreign travel — all of it through USC study abroad language programs — which made her think I was a sophisticated, multilingual young lady,” Sermak explained.

She said that when she accepted the job at age 23, she had no idea she would learn a lifetime of lessons during the next 10 years.

Miss D taught me everything. I learned a lot about film, but I learned more about life.

“Miss D taught me everything,” Sermak said. She begins speaking at an increasingly rapid pace, exuberant about the attention Davis devoted to her. “Yes, I learned a lot about film, but I learned more about life.”

Davis instructed her pupil on how to dress, how to eat, how to interact with people — both privately and publicly. When Davis thought Sermak’s handshake was lacking, she grabbed her hand and insisted that her employee of two days practice until it was perfect. She expected meticulous attention to detail from Sermak. She even suggested that Sermak alter the spelling of her given first name, Catherine.

“If you spell it K-A-T-H-R-Y-N, it’s more distinctive,” Davis advised Sermak. “The way your parents chose to spell it is so much like everyone else in the world. I want to advise you that one of the big battles in life is to stand out from the crowd.”

As if directly taken out of a script for My Fair Lady — with Davis assuming the Henry Higgins role and Sermak as Eliza Doolittle — Davis gave her protégée lessons on how to walk and speak. Davis even fined Sermak a quarter each time she responded to a request with a “low-class ‘OK.’ ”

More than anything, though, Davis nurtured in Sermak an unwavering sense of devotion and perseverance.

Sermak has saved numerous diaries and notebooks, yellowing newspaper clippings and birthday cards. There are audio recordings she and Davis made for one another over the years. Sermak started taping messages to her family and friends as a USC student studying in Spain because telephoning home was prohibitively expensive. The habit stuck.

Other one-of-a-kind items include a recently digitized video of an interview Sermak conducted with Davis toward the end of her life. Sermak some day hopes to edit the footage and have it appear on television. Those recordings lie on the bookshelf, directly beneath her prized antique dictionary, given to her by Davis.

Sermak details how Davis’ will bequeathed to her specific pieces of furniture — like the table and chaise — and how she left explicit instructions on how they should be cleaned and arranged. Think of it as interior decorating from beyond the grave.

But it is her relationship with Davis that continues to define her career. Up until now, with the exception of an appearance in the Spanish documentary El Último Adiós de Bette Davis, Sermak has been reluctant to discuss her work with Davis, despite numerous inquiries.

“Being a personal assistant and to have the respect that I do, you never gossip, you never say anything,” Sermak said. “I see behind a lot of doors, but it stays with me. The only time it didn’t is for this book because [Davis] told me, ‘You need to set the record straight. And, more importantly, it’s a great story and one day would make a great film.’ ”

Sermak felt unready to write the book, citing a need to reach a certain level of maturity before diving into the project. Immediately after Davis’ passing, in particular, Sermak said she was bombarded with requests to write a tell-all.

Instead, Miss D & Me: Life with the Invincible Bette Davis (Hachette, 2017) is the fulfillment of a promise Sermak made to her friend and sometime employer three decades ago.

Donald Webber Jr. maintains his strong Trojan ties when he’s not working on the Broadway musical.

All about Bette Davis, from the legendary star’s longtime confidant