The leaders of the nation’s top research universities, including USC, on Tuesday called on Congress for a permanent solution to the situation surrounding the Deferred Action for Childhood Arrivals (DACA) program.

The Association of American Universities, which comprises 62 distinguished institutions in the United States and Canada, took up the issue at its fall meeting this week.

USC President C. L. Max Nikias and USC Provost Michael Quick have taken a strong stand in support of USC students and other academics affected by President Donald Trump’s work to end the Obama-era program that shields young undocumented immigrants from deportation. The university has dramatically increased the resources available to affected students; among them is the USC Gould School of Law Immigration Clinic’s Student, Faculty and Staff Legal Advice Project. 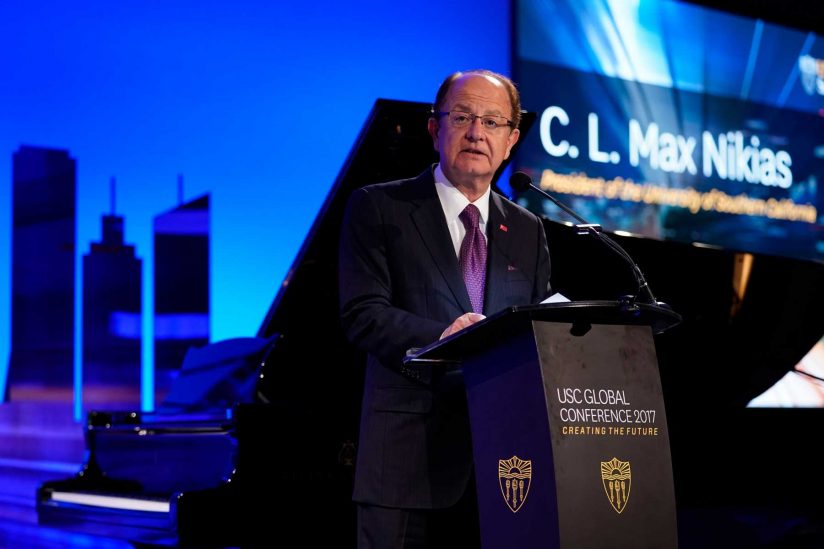 Meeting in Washington, D.C., this week, the presidents and chancellors of the AAU member schools issued the following statement:

“These young people were brought to our country as children, registered with the federal government in good faith, and have become ingrained in our society. Many are now students at our universities with achievements and career ambitions in science, medicine, law, business, engineering and the arts. These young men and women stood up and acted in good faith when called upon to register with the federal government and the decision to end DACA has caused them great distress.

“The vast majority of Americans agree that Congress must act to ensure these young people can remain in the only country they have called home. Such action is consistent with our nation’s fundamental values.

“As leaders of our nation’s foremost research universities, we again implore Congress to pass bipartisan legislation to permit DACA participants to remain in the United States without fear of deportation, so they may continue to contribute to our great nation.”

USC was invited to join the AAU in 1969. Nikias currently serves on its executive committee.

Tuesday’s election brought anxiety and uncertainty to some students, many of whom had just voted for the first time.

The master’s degree students join a program developed as a response to growing concern about the mental health of Latino immigrants.