Walking into the USC Fisher Museum of Art, you’re invited into “the other house” of James hd Brown.

In James hd Brown: Life and Work in Mexico, there are paintings of the gardens, neighbors and the food of his “other house.”

The concept comes from watching his sons play around in a little space they had found by a staircase in their home in Oaxaca, some years ago.

“They had a kind of secret room [in the house] that they used for themselves,” he said. “No one was allowed to go into that room. I asked them what they were doing and they said, ‘I was in my other house.’… The more I thought about it, the more I understood that we all have our ‘other house.’”

The imaginary world his kids created sparked creativity in Brown, causing him to wonder what his “other house” may look like. The results are now on display at the Fisher Museum, showing as part of Pacific Standard Time: LA/LA, an exploration of Latin American and Latino art.

Brown is of both Los Angeles and Latin America. He grew up in Glendale but has spent the bulk of his life on the move — to Paris, then New York and finally settling in Mexico with his wife and kids for roughly 20 years. 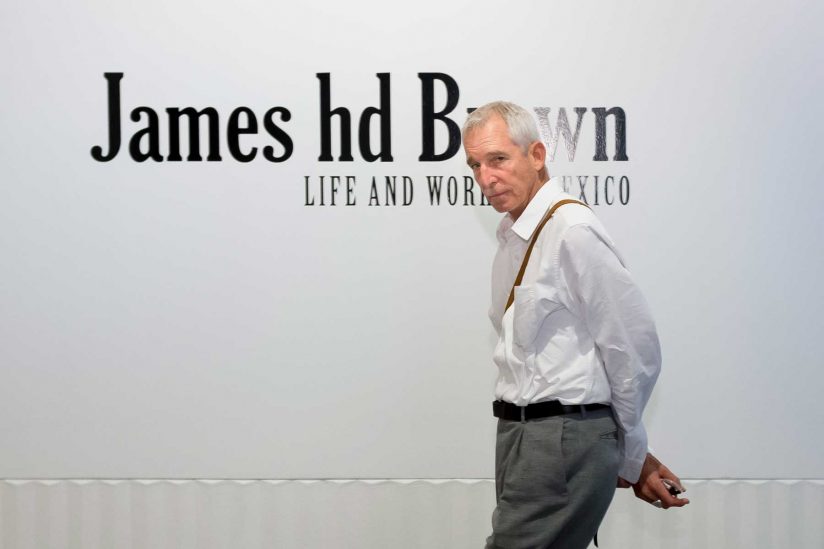 Selma Holo, the museum’s director, had the idea of bringing Brown to Los Angeles, witnessing firsthand his fame around the world — but realized he’s virtually unknown in his birthplace.

Brown has the museum at his disposal, with a few pieces that span entire walls.

One such piece is “The Mystery of My Other House,” which looks like a sort of solar system, with smaller shapes orbiting around larger shapes (or vice versa). But step closer and you find the cutouts of food, of porcelain figurines and of faces — from books or other publications — crafting the identity of his other house.

In “Some Neighbors in the Garden of My Other House,” there are similar found images of colorful flowers, black-and-white photographs of plants and figurines. When Holo first saw it at his studio in Mexico, she said she couldn’t help but be reminded of the old Ideal City drawings of the Italian Renaissance with one key change. Whereas those old planning documents were completely devoid of people, characters overwhelm his piece. He wrote a story to accompany it, available in the exhibit’s catalog.

The exhibit doesn’t end in the gallery, however. There is one more component. A room off the gallery is devoted to Carpe Diem Press, a publisher of artist books Brown started in 2000 with his wife Alexandra Maria.

The walls and ceiling are painted a deep blue and covered with objects Brown has collected — from seashell necklaces he’s been making over decades to traditional Oaxacan textiles and proofs from the making of their dozen or so books. There’s also rugs strewn across the floor designed by artists such as Polly Apfelbaum and George Mead Moore. 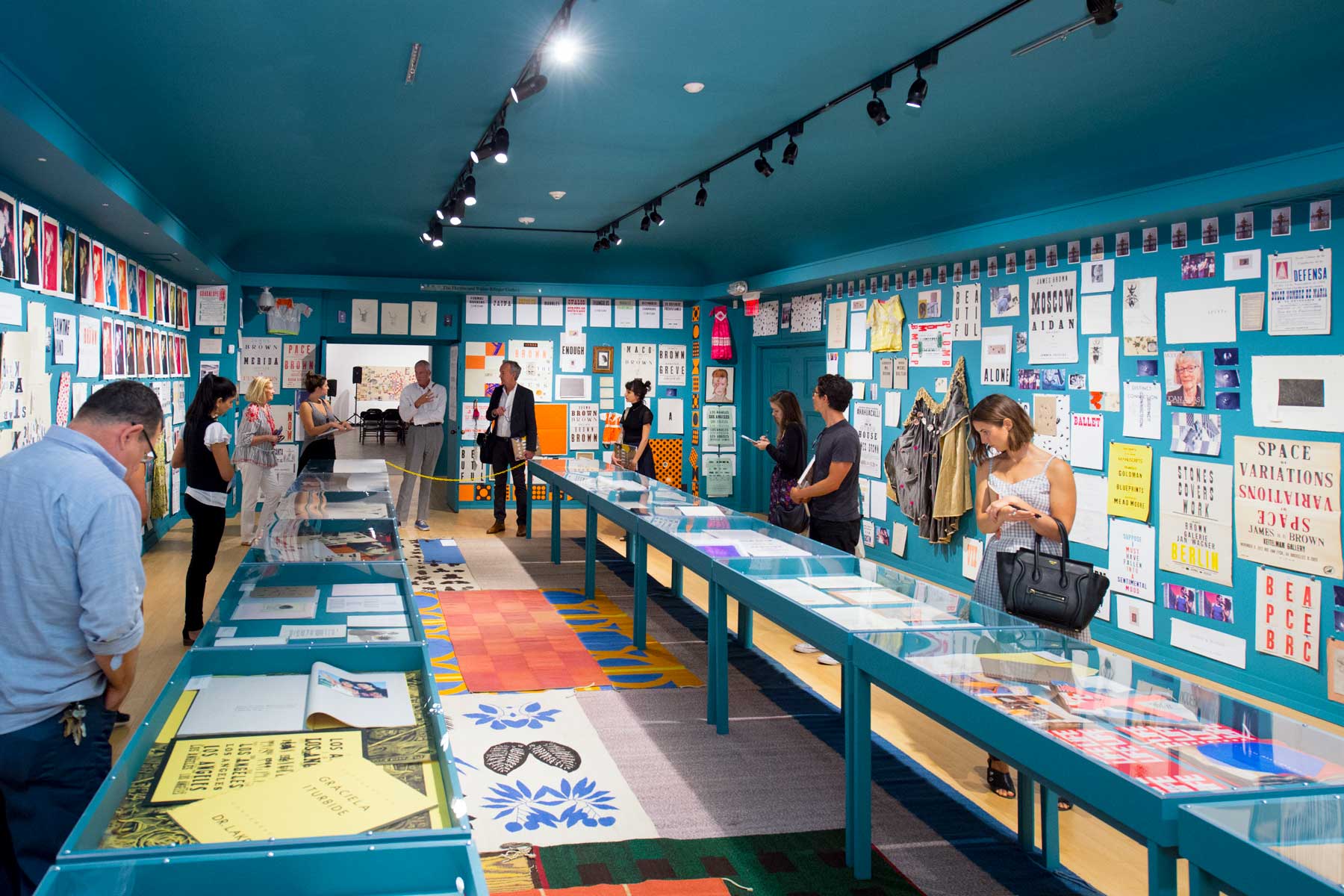 Carpe Diem works with artists, writers and poets from Mexico and all over the world. (USC Photo/Gus Ruelas)

“Anything that affected him is there on the walls,” Holo said.

The books themselves are on display, visible under glass. All are hand-sewn and the type is handset by the Quintas family, who run an old-school printing press in Oaxaca.

An artist book is not the same as an art book. It comes from a European tradition, well-known in France, of books created by the artists themselves, culminating in a rare masterpiece only released in short runs, getting in the hands of cultural and artistic institutions and collectors.

Carpe Diem’s limited-edition books run in sets as few as 18 and as high as 40, typically pairing an artist and a writer to create it.

For example, artist Joan Jonas, known as “a pioneer of video and performance art,” was given 40 disposable cameras by the Browns for the creation of her book.

Although Jonas planned to have a friend do the writing bit, she ended up doing it herself. There’s also a book by artist Judy Hudson and her husband Richard Price, a writer.

After seeing large-scale paintings in Hudson’s studio, Brown had an idea, but it wasn’t an easy ask.

“I said, ‘Alexandra, you know what, I think we should ask Judy to make some of those paintings and let us cut them up’,” he said. “We went and asked her and she said ‘Oh, OK.’ These are paintings she’s making to show at a gallery and then she’s just cutting them up.”

Hudson ended up creating about 50 watercolors for the books, which were featured as end pieces and in the front. 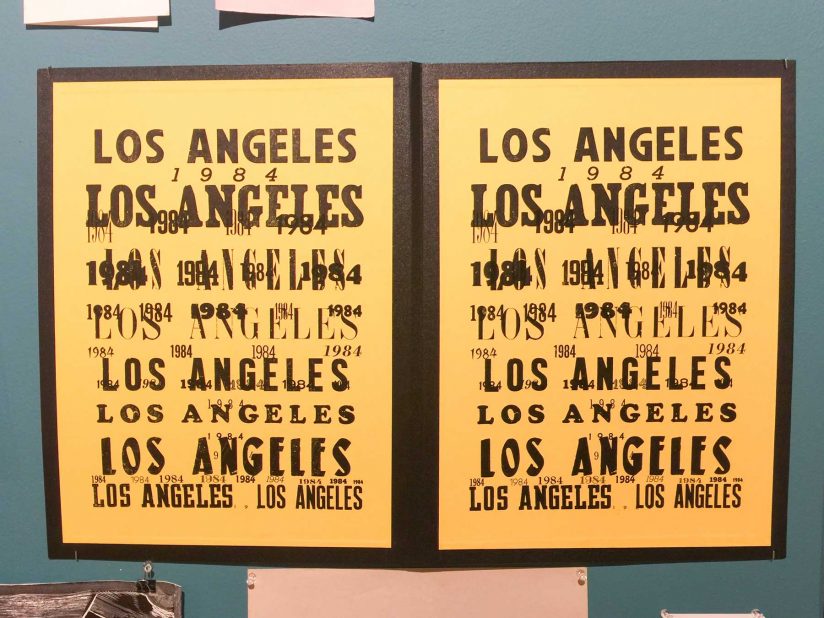 “We try to find a way to make each book extremely rare in the sense that it’s unexpected material that you normally would never get your hands on,” Brown said.

Their latest book, 1984, debuted at the Fisher Museum this week, perfectly timed for the Pacific Standard Time: LA/LA exhibit since it features photographs of Los Angeles cholos taken by Mexican photographer Graciela Iturbide in 1984. Alongside the highly saturated photos are snippets of interviews with Oaxacan-based tattoo artist Dr Lakra, who has shown his works at the Tate Modern in London and the Hammer Museum in Los Angeles.

Artist books, like those of the Carpe Diem Press, are indeed rarely seen. But an artist book isn’t about sharing it — it’s about keeping with an artistic tradition, Brown said.

And the idea of artwork being largely unseen is common throughout the world. Museums typically show only 5 percent of their collections, Holo pointed out.

Special Collections at USC Libraries has a copy of every book published by Carpe Diem Press. If you want to feast your eyes on them, you just might have to don some white gloves.

Eugene Rogolsky donates his complex collection of artists from the Americas and Eastern Europe.

The traditional Buddhist mandala, created at the University Religious Center, is a reminder that material life is not permanent.

Students learn tricks of the trade to make productions shine.

Step into an artist’s imagination in new Fisher Museum exhibit