Jim Adams waited patiently in Pasadena’s Eaton Canyon. That Saturday, he would lead USC medical and pharmacy students on a nature walk, sharing something they might not learn in a pharmacology class: Chumash medicine.

Beforehand, Adams gave them a taste of what was in store, offering them acorns.

Besides being a pharmacologist and USC associate professor, Adams is a Chumash healer. He isn’t Chumash himself, but he studied with a teacher for over a decade. When she passed away about six years ago, the Chumash population in the San Fernando Valley offered him the role.

His hikes, which count as an elective for medical students, are a way of showing alternatives to the treatments we’ve become so accustomed to, such as pain relievers, he said. He does them for students but also for the community at large. 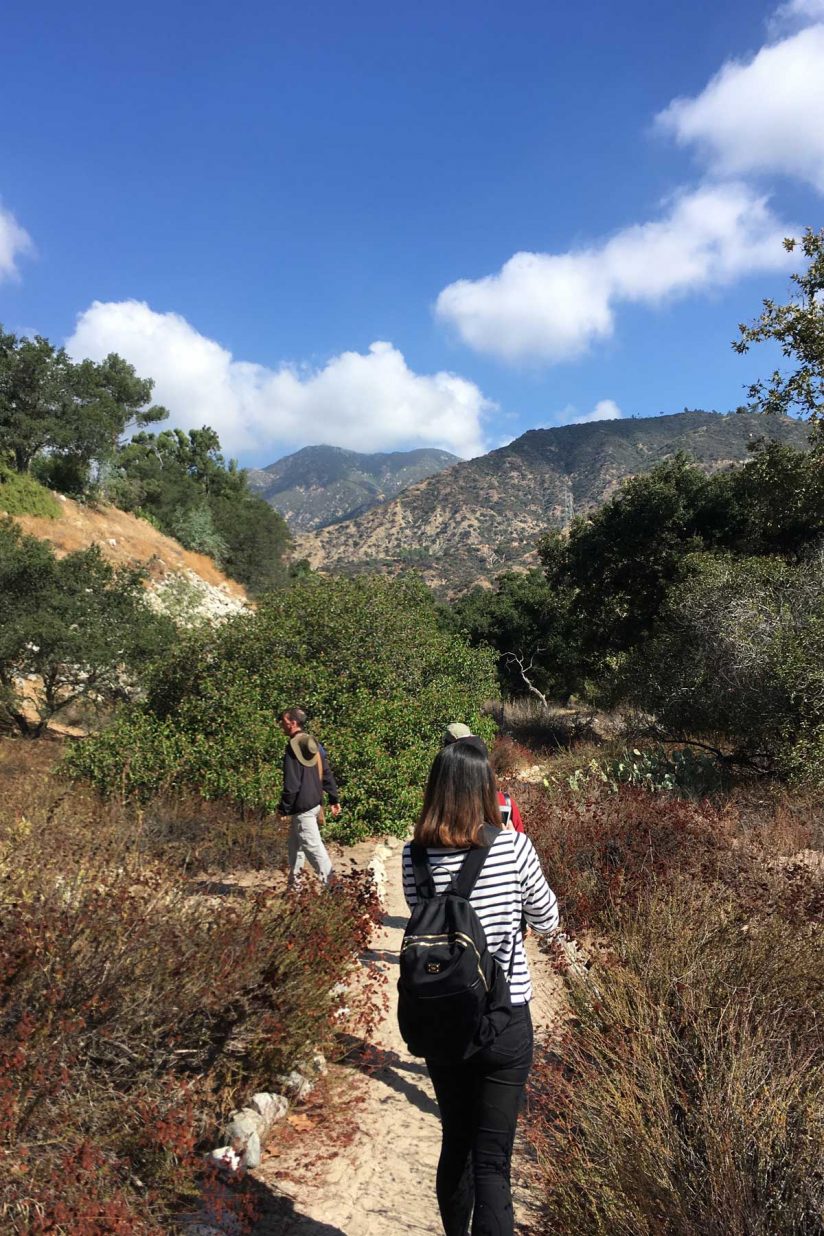 “Basically whatever plant I come up to, I say what medicine comes from it,” he said. “These are God’s gifts to us that we need to know how to use.”

One of the plants he stopped at is called mugwort. It’s leafy and green and can be used for everything from PMS to addiction. For PMS or menopause, he recommends taking a leaf of it, putting in a mug of water until it simmers and drinking it like a tea. For addiction, you can chew on the dry stem.

“You break it off the length of your finger,” he said. “You chew on it every time you have a craving. … It’s bitter.”

Since he’s not a medical doctor, Adams is protected by a California regulation governing alternative medicine. But doctors can’t legally prescribe Chumash medicine — like white sage or mugwort — they must stick to procedures approved by the Food and Drug Administration.

Eva Severado, a graduate student studying pharmaceutical science, noted down all the plants and advice in her phone.

“I’m definitely going to get some of the black sage honey, which cures chronic pain,” she said, scanning through a note she made. “I mean there’s so many different plants that I’m interested in that I learned about today.”

She also noted with the increase in antibiotic resistance, more patients might turn to traditional methods and it’s good to have some knowledge of it.

“I think it’s very important to understand the older ways — the traditional ways of healing people,” she said.

Listen to the audio story to get a feel for the hike and what students learned.

If implemented, the administration’s policies could threaten lives and diminish progress made around the world.

Inspired by a 2015 papal encyclical, Laudato Si’ encourages entrepreneurs aiming to solve environmental problems — and USC is represented at every level.

USC event targeting African-American seniors looks more like a TV show than an academic lecture. Experts are using text messages, too, to help teach about the disease.