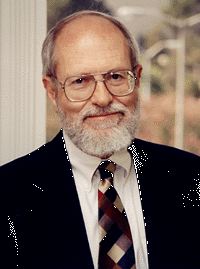 Investigators from three Southern California universities, embracing a wide range of scientific disciplines, have begun a major coordinated effort to understand how substances in the environment – such as air pollution – affect the health of people who live here.

The new Environmental Health Sciences Center at the USC School of Medicine will attempt to identify substances in the environment that cause disease, and determine how and why factors such as genetics make some people more susceptible to these diseases.

Among the areas on which the scientists will focus: air pollution (indoor and out), pesticides, organic compounds, aflatoxins, radon, passive smoking, bio-aerosols, magnetic fields and nitrites.

The center – with more than 40 scientists at USC, UCLA and Cal. Tech. -has been funded with a five-year, $5 million grant from the National Institute for Environmental Health Sciences (NIEHS) and will focus its studies on humans rather than laboratory models.

The director of the new center, John M. Peters, said the assembling of such scientific talent was unprecedented.

“We have put together a critical mass of investigators with a long history of excellent research and an established and deep commitment to environmental health problem,” said Peters, a professor of preventive medicine at the Center for Health Professions. “All are committed to interdisciplinary research and bring a rich array of resources to bear on these investigations.

This new NIEHS Center will not only maximize efficiency and generate new research ideas, but will attract other members of the scientific community who will bring fresh insights to the study of human health effects from environmental exposures,” Peters said.

“Establishment of a new Environmental Health Sciences Center at USC expands upon and complements the research strengths provided by a national network of NIEHS Centers,” said Kenneth Olden, director of the NIEHS.

“All NIEHS Centers stimulate state-of-the-art, multidisciplinary approaches to research and serve as a national resource regarding emerging issues in environmental health. The Center at USC draws upon unique resources in the heavily polluted and heavily populated Southern California area, including a large number of established study cohorts,” Olden said.

“We expect that this strong epidemiological focus, combined withsignificant expertise in exposure assessment and biomarker development will provide exciting advances in our understanding of diseases and disorders having an environmental etiology in the coming years,” Olden added.

The scientific disciplines involved are focused in three areas:

* Exposure assessment, including the interplay among toxic substances and development of markers that can be used to identify harmful exposures.

* Advanced study designs that will bring the most powerful statistical and epidemiological approaches to analyze the mammoth flow of data that has already begun to accumulate.

* Basic sciences, including physiology, molecular biology, genetics and chemistry, as well as engineering, will serve as the underpinnings for all investigations.

Peters and his colleagues have organized the center into five research cores that will investigate:

* Exposure assessments including contaminants in water, air and food;

Two special features of the center are its programs to attract young scientists to environmental health studies, and its efforts to involve members of Southern California communities in its activities.

For example, a program for high school students based at the Francisco Bravo Medical Magnet High School in Boyle Heights is planned along with broader activities aimed at high school teachers statewide.

Work with grass-roots community organizations is also planned to deal with local pollution sources and problems.