Joan Metcalf Schaefer, whose service to USC students spanned generations of Trojans, died Sept. 3 at her home in Los Angeles. She was 95.

The beloved administrator joined USC in 1955 as dean of women. She officially retired in 1992, but “Dean Joan,” as she was known, never truly left USC. She remained dean of women emerita, keeping an office on campus where she would visit regularly with current and former students even in her 90s.

“Dean Joan touched the lives of thousands of USC students over the years, including my own,” said Jerry Papazian, her longtime friend. “When they made her, they broke the mold. She was the heart and soul of USC to generations of Trojans.”

She had a tender heart, a strong intellect and served as a guiding force throughout her tenure here.

Provost Michael Quick agreed. “Dean Schaefer has left a deep and caring legacy at USC, particularly among the women in our Trojan Family,” he said. “She had a tender heart, a strong intellect and served as a guiding force throughout her tenure here. Her impact on the lives of so many within and outside the USC community is immeasurable, and she will be dearly missed.”

During her 35-year career in the USC Office of Student Affairs, she counseled thousands of students in their quests to find their ideal academic and intellectual pursuit. Students often spoke of her deep, genuine interest in their future.

“She acts as a sounding board for students who may be faltering in their life’s choice, someone to bounce their hopes and goals against, to test them. She does not tell them what to do; instead, she probes and questions, guiding students to look at all their options, leading them to follow what is most important to them,” according to a 1992 article about her in USC Trojan Family Magazine.

These authentic connections led to friendships that lasted long after students graduated. Former students helped her choose and decorate her Christmas tree each year, and often spent time with her during the holiday season. She was known for her elaborate Christmas letters to friends and former students, who often kept them as a tradition. 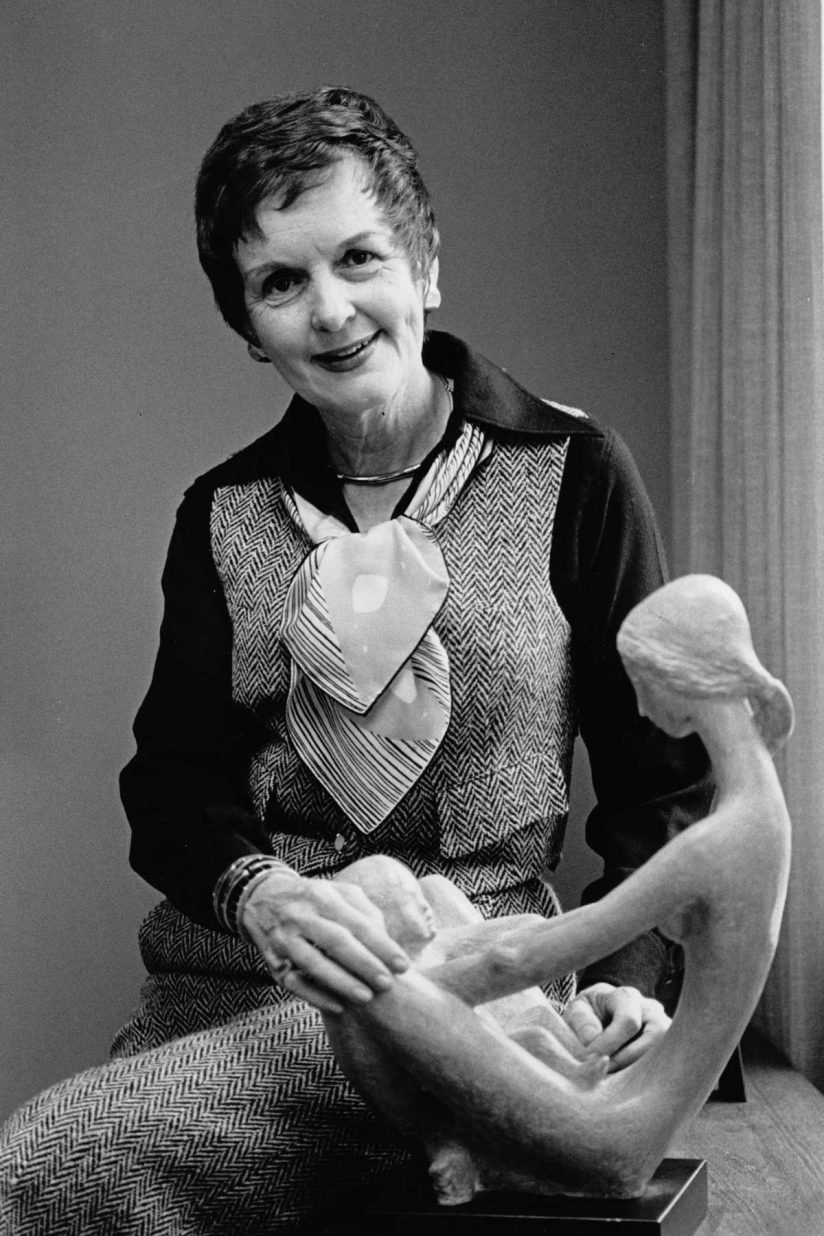 Joan Metcalf Schaefer was named the dean of women in 1955. (Photo/Courtesy of Jerry Papazian)

After her retirement, she was named dean of women emerita within the USC Dornsife College of Letters, Arts and Sciences. Her legacy remains alive through the Joan M. Schaefer Scholarship at USC Dornsife, which was awarded to its first two recipients in 1993. “It will be the jewel in my crown,” she told USC Trojan Family Magazine when the scholarship was announced. Today, thanks to an endowment that has reached $2 million, the scholarship helps eight to 12 students attend USC Dornsife each year. The scholarships have benefitted more than 300 USC students with merit and travel awards of more than $1.1 million.

Mortar Board and Phi Beta Kappa

Schaefer was deeply involved in USC Mortar Board, a national senior honor society that at one time was exclusively composed of women. She served as the group’s adviser, encouraging students to focus on academics and intellectual curiosity. She was also active in USC’s chapter of Phi Beta Kappa, which honors top USC undergraduates in the arts and sciences. Throughout it all, she was a role model for young women who sought to enter professional careers, especially during an era when few women did.

Even after her retirement, she led groups of USC students to attend the University of Cambridge’s International Summer School. For nearly five decades, she accompanied these accomplished scholars to Cambridge, where they immersed themselves in British literature and culture. Cambridge recognized her in 1985 by naming a garden in her honor for her contributions to the university’s summer program.

A native of Ohio, Schaefer remained in Los Angeles after her retirement, living in the Hollywood Hills. Details of a celebration of her life at USC are pending.

Compared with coverage of men’s sports, women are talked about on local channels and ESPN in a mandatory and dull way, a decades-long USC study finds.

USC business student’s connection to a recruiter at a top firm will lead to a coveted position after graduation.

USC Dornsife Scholars go out into the world