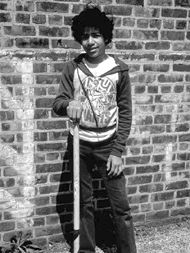 They start out ahead of the game, but Southern California children end up losing out, said Jacquelyn McCroskey, an associate professor at the School of Social Work.

“Southern California boasts healthier than normal children at birth, but conditions deteriorate as the children age,” said McCroskey, who is also co-chair of the Data Analysis and Technical Assistance Sub-committee of the Los Angeles County Children’s Planning Council. An umbrella organization of public and private agencies, the council tracks trends in child welfare.

McCroskey analyzed census, police, health department and child services data. Compared to the national average, the region has a smaller percentage of low birth-weight babies (6.2 percent in Los Angeles vs. 7.2 percent nationwide) and a lower infant mortality rate (7.2 per 1,000 vs. 8.4 in 1993, she found.

“The early advantage appears to be related to our large immigrant population,” McCroskey said. “We’re not sure why, but Latino babies tend to be born healthier. This may have to do with cultural differences during pregnancy.”

“We’re not paying attention as a community to the large number of families who need community building and reinforcement,” McCroskey warned. “The more we back away from supporting parent education, decent parks, mentors, libraries and what all of us want for our own children, the higher the price we’re going to pay. We’ll have more serious cases in the end, meaning kids who turn to crime and get pregnant as teenagers.”