They’ve come from all over the United States, as well as Germany, Japan and South Korea to spend a month living and studying at USC, with all expenses paid. The cohort of 18 high school students have two things in common — all have parents or other family members serving in the armed forces and they were selected through a rigorous process for the USC Provost’s Pre-College Summer Scholarship for Military High School Students.

“This program offers an exciting preview of college life for these high school students,” said Provost Michael Quick. “They have the opportunity to see that universities like USC are not off limits to them by any means; rather, this is an introduction to the exact kind of university they will be attending.”

Jack Roush of Roxbury, Conn., is the son of an Air Force pilot who flew missions in Somalia, Bosnia, Iraq and Afghanistan. The high school senior focused on global studies at USC.

“We’re learning about diplomacy, the relations between countries and the balance of power around the world today,” Roush said. “We’re looking at economic development, genocide and international law.”

Andrew Fisak’s parents are in the Navy, and he plans to join ROTC while studying engineering when he starts college next year.

“I want to carry on that legacy and follow in their footsteps,” said Fisak, who traveled to USC from San Diego. “I think this program will put me on the right track. It’s really shining a light on engineering, and that’ll help me choose a career.” 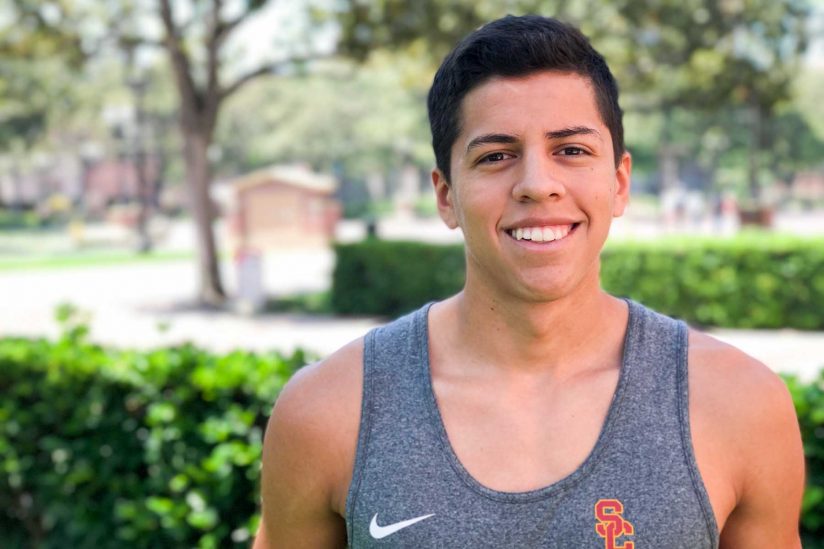 USC Viterbi School of Engineering sophomore Mario Blanco serves as an adviser to military scholars. Three years ago, he was in the program.

“It opened my mind to a lot of things,” Blanco said. “A lot of students are more inclined to go straight into the military instead of higher education, and I thought about that, too. But this showed me a world outside the military that I wanted to be part of.”

The Pre-College Summer program, which started in 2014, is highly selective. Students’ average GPA is 3.96. They earn college credit in four-week courses covering architecture entrepreneurship, pre-law and other areas of study. Evening and weekend activities include yoga, a Dodgers game and yes, Disneyland.

Funding for the scholarships was supplied by the Provost’s Office in partnership with the USC Suzanne Dworak-Peck School of Social Work, the USC Viterbi, the USC Price School of Public Policy and the USC Dornsife College of Letters, Arts and Sciences.

“The program also is another way that USC connects to the military,” Quick said. “We have had a long history with veterans, active military and their families, and we are committed to continuing those relationships and enrolling even more service men and women and their dependents.”

Three Trojans find more autonomy in the military, where they are the first line of defense when injuries occur.

Stayce Harris ’81, the first female African-American to achieve the rank of lieutenant general in the U.S. Air Force, inspires female pilots and engineers to dream big.

USC’s Ron Avi Astor is among 200 professors united by Jill Biden to support a nationwide initiative.