It was during those two days of orientation late last month that it hit Lana Bridi: She was reaching a milestone.

Walking on USC’s University Park Campus, eating in the dining hall, coming home to a roommate at night — it was a taste of what freshman year would be like for the 16-year-old from Visalia.

Bridi, a 4.4 GPA student at her Central Valley high school, had her choice of colleges, including Harvard University, Caltech and the Massachusetts Institute of Technology.

But she chose USC, which offered her the Stamps Scholarship, which covers tuition and enrichment activities, such as research or studying abroad. That, combined with being fairly close to home, sealed the deal.

I’m really excited to live in L.A. It’s been a dream.

She said L.A. in some ways reminds her of where has spent much of her life: Damascus, Syria.

“That’s why I liked L.A. — a really big city with all types of people,” she said. “People from a lot of different countries were there [in Damascus]. It was a big tourist spot because it was the oldest capital in the world.”

Bridi spent most of her formative years growing up in Syria. She was born in Boston, where her parents lived while her dad finished up his orthodontics studies at Boston University. Then when she was a toddler, they moved back home to Syria, where she stayed until 2012.

She remembers the earliest days of the conflict, around 2010, on the outskirts of Northern Syria. Damascus had been safe but things escalated. The first thing she noticed was at school: Students started being dismissed early, around 12:45 p.m., every day.

At night, it was loud. “I would wake up to gunshots or bombs,” she said. “The closer they are, the scarier it felt.”

Her family would call relatives around the city and country, making sure they were OK.

Then one day a bomb went off near her school, she said.

“We could hear the windows shatter, and the whole building shook,” she said.

She wasn’t prepared for the move to the U.S. Her whole family was in Syria. Bridi’s mom said they were going to California for a vacation. Bridi didn’t realize it would be an extended one.

She and her siblings — an older brother and younger sister — quickly got to work learning English. In just a summer she gleaned the language from PBS kids shows and from books she had checked out from the local library.

“That pressure made us learn really quickly,” she said. 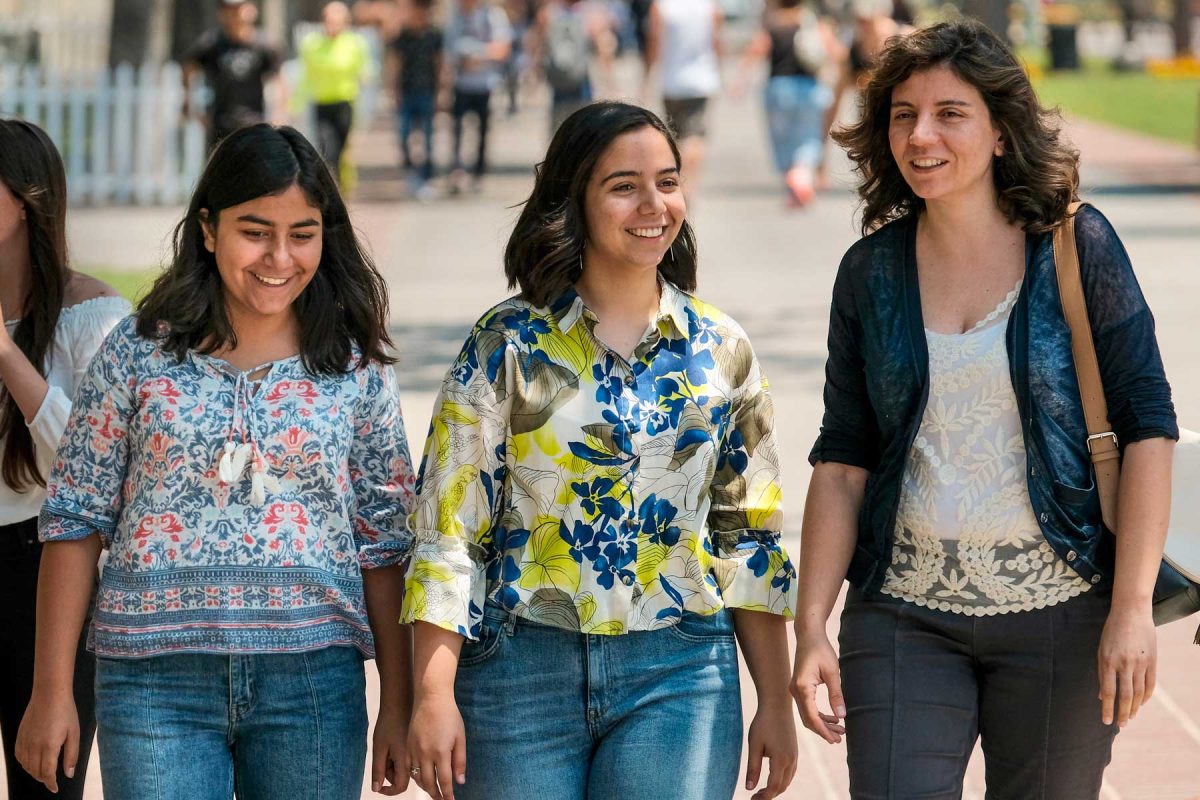 She ended up excelling in school and skipped eighth grade to join her brother in ninth grade.

And even though her parents — who both work in dentistry — urged her to follow in their footsteps, she’s found a different calling: biological research.

Bridi was diagnosed with ulcerative colitis, a gastrointestinal autoimmune disease, about a year ago. It has no known cure. She takes 9-10 pills a day and deals with chronic abdominal pain.

“Rather than just looking at the negative aspects of my diagnosis, I thought: ‘I got a disease. Maybe I can do research in that field,’” she said.

Her plan: After studying human biology at USC, go on to attend medical school and eventually do research on ulcerative colitis — perhaps back in the Central Valley, where pediatric gastroenterologists are hard to come by, she said.

Bridi isn’t a refugee — she has dual citizenship in the U.S. and Syria — but she is part of a generation of Syrians striving for opportunity as their country’s educational resources dwindle due to the war. Universities around the globe are attempting to accommodate displaced college-ready youth — Turkish universities have seen their numbers quadruple — in an effort to keep Syria’s young people from falling through the cracks. USC pledged to give full-tuition scholarships to as many as six Syrian refugees a year, five in graduate programs and one undergraduate.

It’s been five years now since her family left. They keep in touch with family via phone calls. But they’re not consistent due to electricity shortages.

There are things she really misses about Syria, and sharing them is sort of the silver lining in all this, she said. She regularly educates friends and colleagues about the conflict, Islam and how the country was before the war.

“I feel like it’s a mission of mine to educate these people and tell them how it’s different over there,” she said, remarking about stereotypes and misconceptions people have.

“Once we overcome this barrier, this difference, we can work together to find a solution to this crisis.”

Alumna’s college experiences help her inspire her own students to expect more from themselves.

✌ Class of 2017: The university is a key partner in the national scholarship program, which has awarded more than $1 billion to 20,000 students since 1999.