There’s a new elite class defined by cultural capital rather than by income bracket — people who practice “inconspicuous consumption,” finding value not in flashy cars but in buying organic food, taking yoga classes and investing in their children’s education. 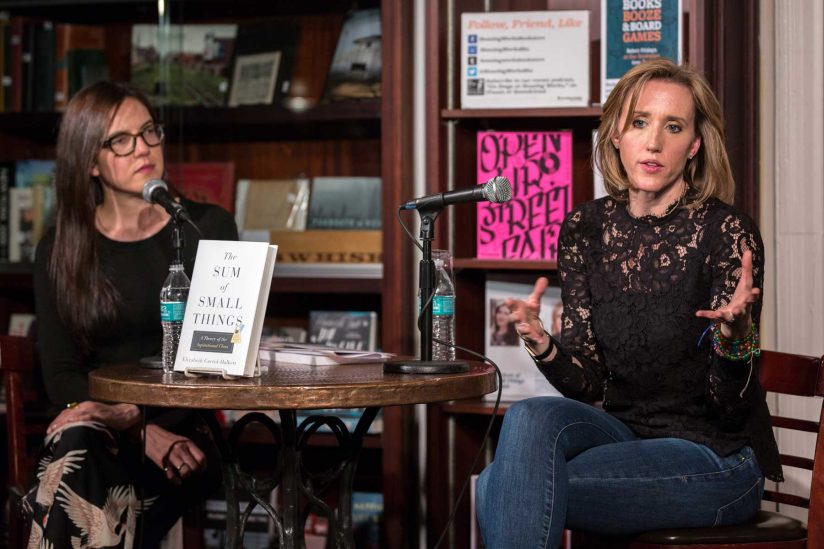 By making wise decisions about education, health, parenting and retirement, this “aspirational class” reproduces wealth and deepens an ever-widening class divide, according to USC Price School of Public Policy Professor Elizabeth Currid-Halkett, holder of the James Irvine Chair in Urban and Regional Planning.

The professor has spent a lot of time researching the production of culture. She offered data-driven analysis in her first two books: The Warhol Economy, which studied the production of art and fashion, and Starstruck, an exploration of Hollywood and celebrity.

Her new book, The Sum of Small Things: A Theory of the Aspirational Class, looks at the consumption side of culture and material goods. It launched in New York City this month with a book signing and talk that benefited the HIV/AIDS services of the Housing Works Bookstore Cafe.

Finding the meaning behind consumer trends

At the book launch, the professor discussed the source of her inspiration.

Currid-Halkett said she saw consumers glomming onto certain types of goods, noticing even on a trip abroad that supermarkets had sections filled with gluten-free food and almond butter. Drawing from the famous work of Thorstein Veblen and his study of the elites in the 19th century, she decided to gather data and delve into the meaning behind these consumer patterns to understand differences in how elites spend today. 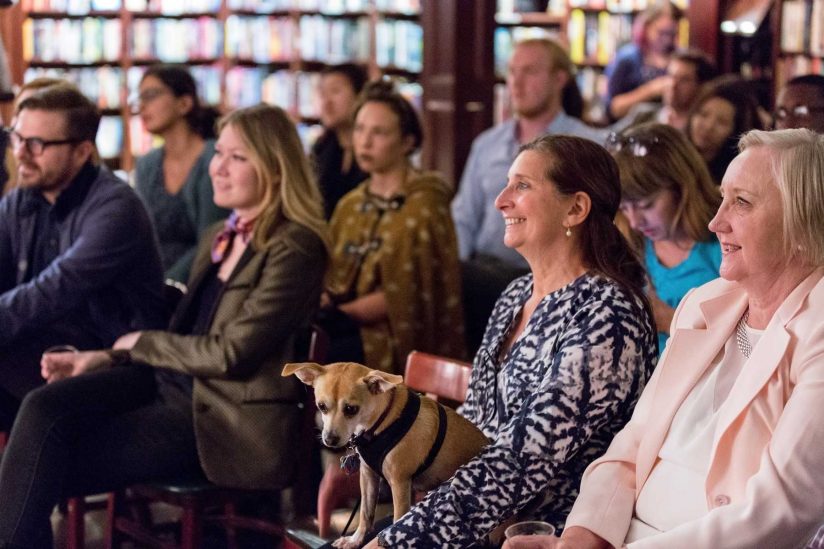 “In a capitalist society, we’re always finding ways to signify our place in the pecking order — the handbag doesn’t do it anymore,” Currid-Halkett said.

She traced the history of consumers’ shift in focus from material goods to nonmaterial goods, explaining that, until the Industrial Revolution brought plentiful new products, it was hard to get your hands on luxury material goods.

Today, we live in an era when material goods are abundant and easy to obtain.

At the same time, as consumers, we’re now aware of the labor exploitation and environmental consequences associated with the manufacturing of material goods, which has given many consumers pause.

“They not only have lost their specialness — because there’s a lot of them — there’s a human and environmental cost to those things,” Currid-Halkett said.

“Upper-income groups spend less on material goods and more on inconspicuous consumption. Material goods are omnipresent, and that makes them less valuable,” she explained.

Currid-Halkett pointed out that many of these consumer decisions are positive: It’s good to buy pasture-raised eggs and care about your children’s education. Part of what defines today’s elite is money, but the other part is the knowledge about where to spend it.

“The luxury to know that those are good choices reveals status,” she said.

The phenomenon is most salient in what Currid-Halkett referred to as “the ground zero of parenting: motherhood in urban centers.” She joked that mothers don’t eat all that kale or breastfeed their children for two years simply because it’s fun. These subtle choices are visible to peers, and they confer status and a sense of belonging to the group. They also suggest having time and money. Good maternity leave, partners with good salaries and good medical care give women the opportunity to breastfeed and as such reveal socioeconomic position.

Currid-Halkett noted that she went into the research for The Sum of Small Things without preconceptions. She said the biggest surprise was discovering that nonmaterial things were much more defining of class than material goods were.

“If you talk about income groups,” she concluded, “the elites are dumping tons and tons of money into things we can’t see.” But as she writes in her book, this inconspicuous consumption is how privilege is reproduced and inequality becomes a deeper problem in society.

A USC Price faculty member took part in a panel discussion on the role of arts in fueling economic development.

Power corrupts when it lacks status

Ever wonder why that government clerk was so rude and condescending? Or why the mid-level manager at your company always doles out the most demeaning tasks? Or, on a more profound level, why the guards at Abu Ghraib tortured and humiliated their prisoners?

When Culture Counts on the Bottom Line

After exploring the vitality of New York’s arts scene, USC professor Elizabeth Currid evaluates the financial power of artists, writers, musicians and even club owners in cities across the country.