Born with Apert syndrome, a rare genetic disorder that affects one in 65,000 to 88,000 newborns, the 19-year-old has spent her whole life in and out of the hospital, undergoing more than 30 surgeries and follow-up care.

“I jokingly say that I can walk around blindfolded and know where everything is,” Carmenate said of the hospital.

When Carmenate was born, very little was known about the syndrome, which is characterized by the premature fusion of the skull’s bones. Because the head cannot grow normally, infants born with the syndrome can have a sunken facial appearance, underdeveloped upper jaw, crowded teeth and webbed toes and fingers.

“They weren’t really sure what it was at the time,” Carmenate said of the syndrome with a cause that remains unknown. “They were pulling out books, looking at pictures because there wasn’t a definite answer. My fingers were [webbed] together. My face wasn’t quite right. My head wasn’t quite right. My toes were [webbed] together. It was a lot to take in.”

The CHLA unit is led by Mark Urata ’85, DDS ’89, OMFS ’93, MD ’96, who is also chair of Ostrow’s division of oral and maxillofacial surgery, the Audrey Skirball-Kenis Chair and chief of the Plastic and Reconstructive Surgery division at the Keck School of Medicine of USC. He is also a craniomaxillofacial surgeon at Cedars-Sinai Medical Center.

Despite his many responsibilities, Urata makes every effort to go the extra mile for his patients, Carmenate said.

Cleft lip/cleft palate occurs when tissue forming the roof of the mouth and/or lips does not fuse fully. Ostrow School researchers hope to gain a better understanding of the condition’s genetic and environmental causes — discoveries that could eventually lead to earlier diagnosis and better treatment options plus the possibility of in utero interventions.

Craniosynostosis is the premature fusion of cranial bones due to the loss of the soft tissue joints between them, which impedes brain growth. Chai recently received a $3.3 million grant for research that could one day allow for a biological intervention (using 3-D scaffolds and stem cells to recreate biological sutures).

Amelogenesis imperfecta is a tooth development disorder in which enamel does not form properly. USC Professor Michael Paine’s research has focused on developing a better understanding of the genetic, physiological and molecular processes underlying enamel formation. By understanding the conditions necessary for enamel to develop properly, researchers could eventually restore enamel, which cannot regenerate on its own.

When Urata performed Carmenate’s major craniofacial surgery in 2011, he visited her home on Christmas and New Year’s Eve to see how she was recovering from the 12-hour procedure.

“I could send him messages at 12:30 in the morning with photographs,” Diane Carmenate said. “I’d say, ‘I think she’s infected. What do you think of this?’ And he’d say, ‘Take a picture at this angle and that angle.’ I could wake him up in the middle of the night. He’s extremely amazing.”

Watching them grow up

It was as an oral surgery resident at Los Angeles County+USC Medical Center that Urata had the opportunity to work with children with birth defects, which is where his love for the discipline began.

“One of the things that was attractive to me was the capacity of being able to take care of these kids from the time that they were infants until the time many of them were in college or beyond,” Urata said. “I enjoyed the possibility of being able to have that longitudinal contact with patients, which you don’t typically have in a private practice oral surgery setting.”

Because the majority of U.S. birth defect cases are handled by plastic surgeons, Urata decided to specialize in both oral and maxillofacial surgery as well as plastic surgery to provide more comprehensive care to his patients.

Urata’s unique qualifications allow him, for example, to look at a patient’s dentition and jaws to achieve optimum results in cleft lip and palate cases.

Currently one of the most common birth defects in the United States, cleft lip and cleft palate occurs when there is insufficient tissue in the lip or mouth area of a developing fetus. Without enough tissue to create a full lip or palate, a gap appears in the upper lip or in the roof of the mouth, respectively, causing facial deformity.

Aside from a small scar above her lip, it is hard to believe that Kacey Azucar, 18, was born with a cleft lip and cleft palate.

Azucar’s cleft lip and cleft palate were corrected through seven surgeries, six of which were performed at CHLA.

“I like the outcome of everything,” said Azucar, who lives in North Hollywood and is a dance major at Los Angeles Valley College. “My jaw felt a lot more comfortable; it felt different.”

Azucar’s jaw surgery was performed by USC Clinical Assistant Professor Jeffrey Hammoudeh, who, like Urata, is also board certified in plastic surgery and oral and maxillofacial surgery. He holds faculty positions at the Keck School of Medicine of USC and the Ostrow School; he also practices at CHLA. 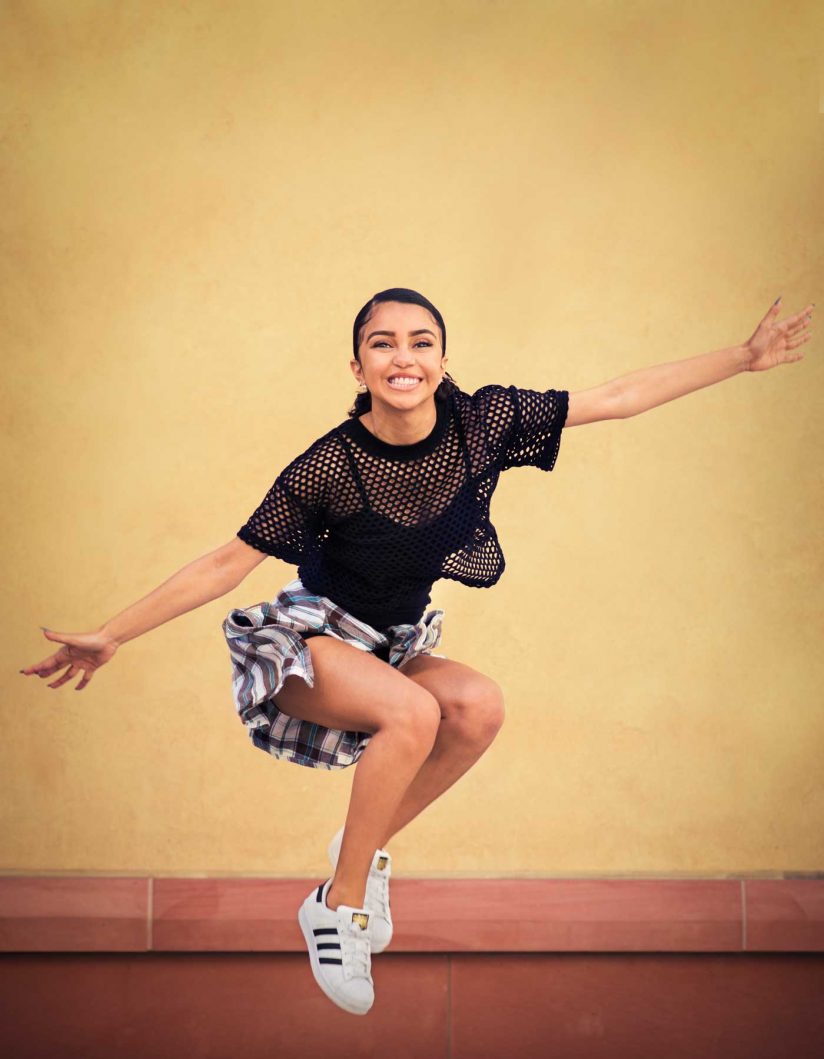 For Azucar’s mother, Elisa, the experience of being a first-time mom to a child with a birth defect was overwhelming, especially because her prenatal ultrasounds had not revealed any problems.

“I had never seen a baby born with cleft lip and palate,” said Elisa Azucar, who was especially concerned by her daughter’s inability to eat properly. For two months, Kacey Azucar could only eat blended food with the help of a special bottle and straw.

“We have been blessed to have CHLA on our side and especially the team,” Elisa Azucar said. “They are very supportive. I am very thankful for all these 18 years that we have been going back and forth.”

The cause of cleft lip and palate remains unknown, but Urata, along with Yang Chai PhD ’91, DDS ’96, the dental school’s associate dean of research, were awarded a grant from the National Institutes of Health to look at tissue engineering created in the oral cavity and craniofacial skeleton with the goal of being able to replace some of the parts that are missing in kids with cleft lips and palates.

“I think we are all hoping one day to have an empty waiting room in my office at Children’s Hospital Los Angeles because we solved the problem,” Urata said. “But until that day, we have to keep doing what we are doing on a daily basis.”

Carmenate has come a long way since her first surgery at 2 months old when her thumbs were separated.

“Seeing how far I’ve come in the process, from the minute I was born when they didn’t know how I would do things or what my life would be like, to what I’ve done now, look what I’ve been through and I’m still here,” she said. “I’m still going to go on and do more amazing things.” 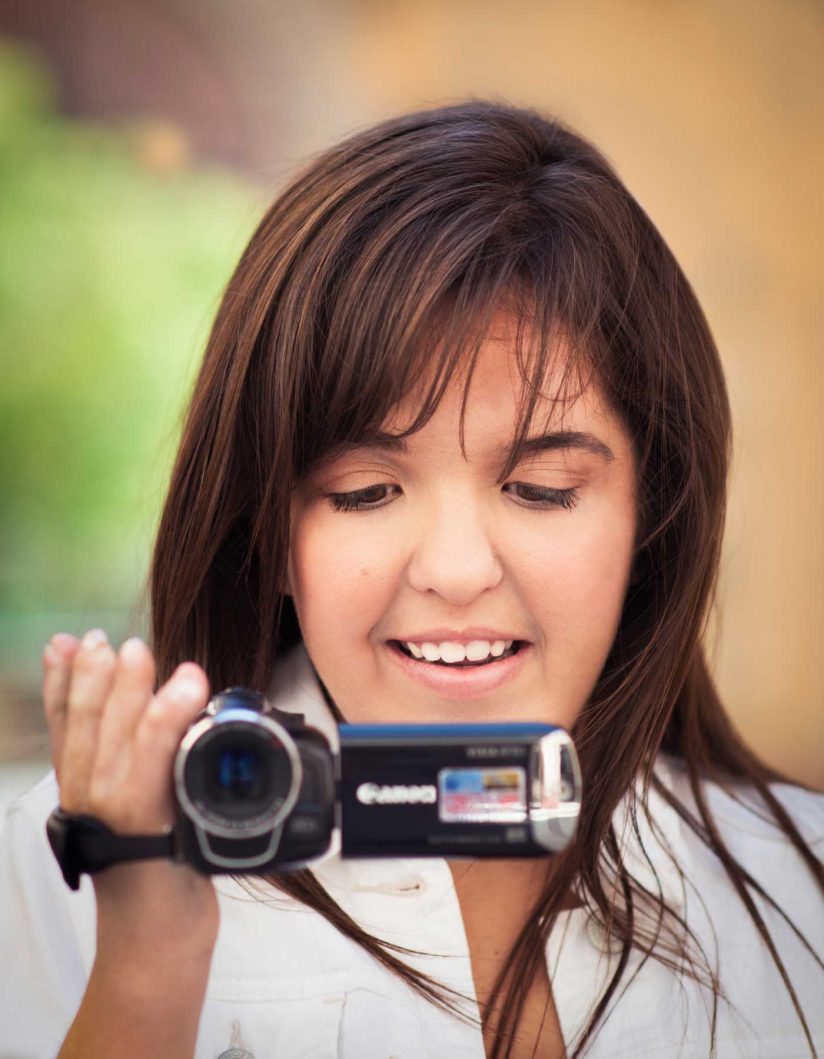 Living with Apert syndrome has its challenges, said Carmenate, who sometimes has trouble opening a water bottle, tying her hair into a ponytail or wearing flip-flops. Still, she doesn’t let her condition stop her.

A sophomore at Pasadena City College, she is majoring in film production and communications with hopes of telling her own story and inspiring others.

“No matter what you go through, you always come out of it,” she said. “Even though you may be different, you have the same desires, hopes and dreams as everyone else. You want to be like everyone else. And you can do it, too. I know because I am proof of this.”

Now that she is an adult, Urata consults with her to discuss the future.

“We have a really good relationship,” Carmenate said. “He’s really nice and respectful. He’ll ask me, ‘What do you want to do?’ Now that I’m 19, it’s up to me to decide.”

“I think she has turned out to be a fantastic human being,” Urata said. “She spent a lot of summers having big operations while other kids were out swimming and going to camps. For these kids to still come out of the other side of all that with the type of spirit she has, I think is a credit to their families and to them.”

New findings about how cell signaling directs tongue development may have big clinical applications for healing tongue defects, according to an Ostrow School of Dentistry of USC study published in The Journal of Biological Chemistry.

USC researchers have discovered clues to the development of the head at the cellular level, which could point scientists to a better understanding of how organs and birth defects form in humans.