Each year, invasive fungal infections sicken an estimated 2 million people worldwide and kill nearly 800,000 — but a team of international scientists has discovered a new approach for antifungal drug treatments.

Researchers from USC and France identified that Bdf1, a gene-regulating protein, is critical for the survival of the pathogenic fungus Candida albicans.

“We have shown that Bdf1 is an important new target for drug design,” said Charles McKenna, a senior author of the study who is a professor of chemistry and pharmaceutical sciences at the USC Dornsife College of Letters, Arts and Sciences. “Our findings show that compounds that bind to this target will disrupt the growth of the fungus, opening the way to novel drug treatments for fungal disease.” 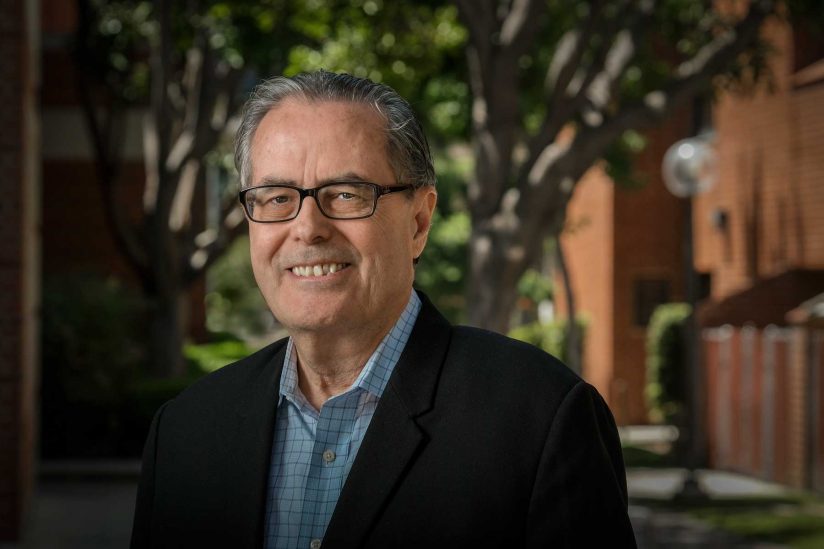 The French scientists who led the study with McKenna were Jérôme Govin and Carlo Petosa from the University of Grenoble Alpes.

The fungus C. albicans is an aggressive pathogen that in healthy people is normally held in check by the immune system. However, people with a weakened immune system, including patients who have cancer, HIV or autoimmune diseases, are susceptible to the infection, which can be life-threatening, McKenna said.

The team’s findings, published on May 18 in the journal Nature Communications, may prove timely. Fungal infections such as candidiasis are increasingly resistant to drug treatments. Each year, an estimated 46,000 patients in the United States become infected with invasive candidiasis, according to the Centers for Disease Control and Prevention.

“When susceptible people develop candida infections, the fungus may enter the bloodstream. If treatment is unsuccessful, it has a very high mortality rate — in the 40 percent range,” McKenna said. “We have a very limited number of drugs that are effective in treating such systemic infections. Unfortunately, like many other pathogens, C. albicans is increasingly resistant to the few available drugs, raising the stakes for patients, and fresh approaches are urgently needed.”

McKenna noted that his team’s discovery was made possible through convergent bioscience, an emerging fusion of multidisciplinary research to accelerate health-related discoveries from the bench to the bedside. By drawing from a diverse network of scientists, engineers and students, the USC Michelson Center for Convergent Bioscience program fosters biomedical discovery, innovation and real-world solutions to fast-track detection and cures for diseases ranging from microbial infections to Alzheimer’s and cancer.

This fall, USC will open the hub for this new initiative, Michelson Hall — a 190,000 square-foot, high-tech research facility supported by a $50 million gift from retired spinal surgeon Gary K. Michelson and his wife, Alya Michelson. The facility will house the new USC Center for Drug Discovery with McKenna as its director.

Many scientists are studying alternative approaches for possible treatments to diseases such as cancer by manipulating gene expression. The USC-Grenoble team is the first to prove that this approach is feasible to target fungal infections.

The idea is that if you shut down this specific protein, Bdf1, you totally disrupt the whole process of gene expression and it becomes impossible for the fungus to grow.

“The idea is that if you shut down this specific protein, Bdf1, you totally disrupt the whole process of gene expression and it becomes impossible for the fungus to grow,” Govin said. “Moreover, the fungus is no longer virulent when injected into mice.”

The challenge for the scientists was finding a compound that shut down the Bdf1 protein without mistakenly affecting any similar proteins in humans.

“Using a technique called X-ray crystallography, we showed that the fungal Bdf1 protein and corresponding human proteins are very different at the atomic level,” Petosa said. “This showed that compounds could specifically inhibit the fungal protein without affecting the human bromodomain proteins.”

By screening a large library of chemical compounds at the California Institute for Biomedical Research, the researchers have already identified one compound in particular that selectively inhibits Bdf1. The finding holds great promise for future drug development.

“It shows that a whole new class of antifungal drugs is possible,” McKenna said.

The work was supported by French grants, including the Agence National de Recherche and the French FACE foundation, and an estimated $454,000 from a National Institutes of Health grant to McKenna (IR21AI113704).

The pioneering center will bring together interdisciplinary teams to better understand human health and develop new life-saving devices and therapeutics.

Cancer research in the era of team science