How do you rule a territory from across an ocean? These days it may not be much of an issue, with phones, email and quick flights. But in the 18th century, when handwritten letters were delivered via ship, governing overseas came with a unique set of challenges.

Asheesh Siddique, a postdoctoral scholar at the USC Dornsife College of Letters, Arts and Sciences, is investigating how the British Empire used documents to administer its territories thousands of miles away in India and the United States in the 1700s.

“I’m interested in what it means to be obedient at a distance to a sovereign power that’s governing from an imperial capital that you may never really see except for once or twice in your life, but nevertheless has an enormous power over you, and where records are being used to embody that power,” he explained.

To understand the intricacies of governing via paper over long distances, Siddique has immersed himself in British imperial archives at various libraries around the United Kingdom and the U.S. to get a better sense of the inner workings of the bureaucracy. 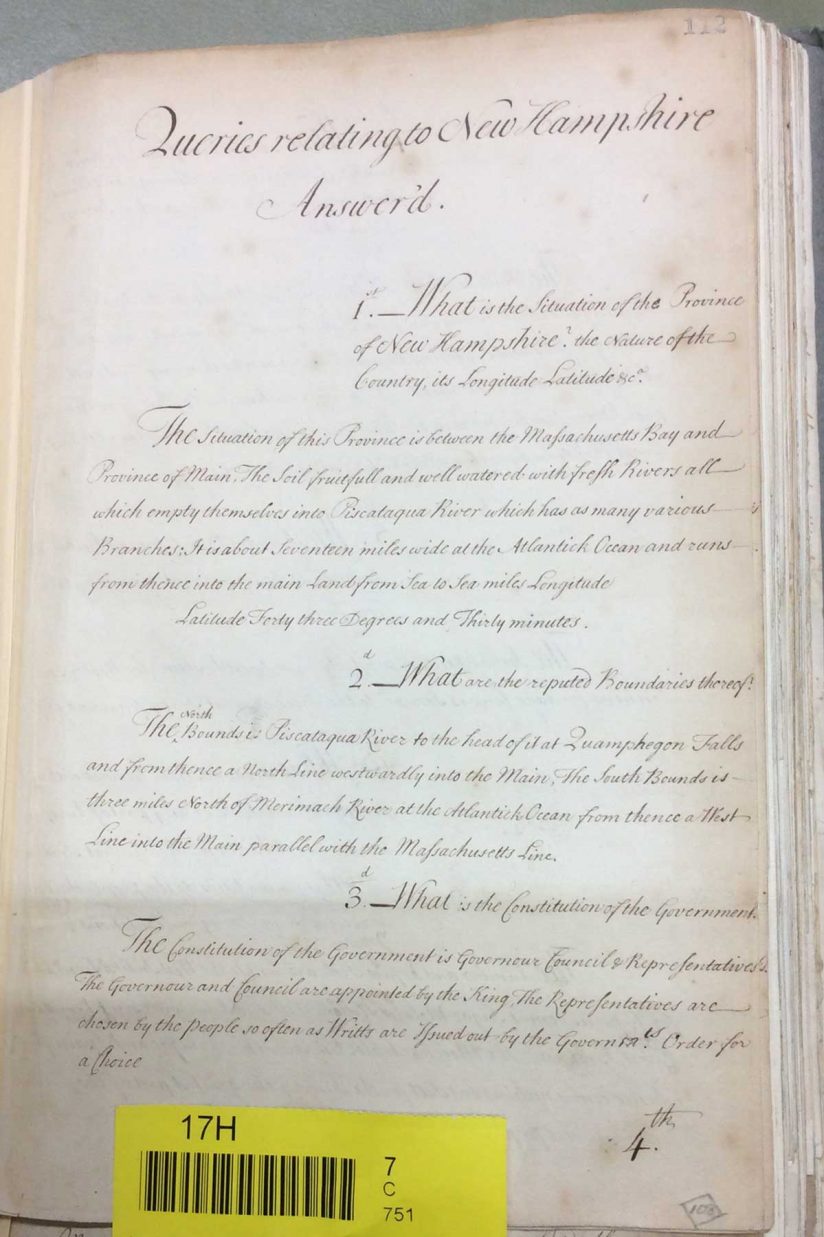 An answer to a 1721 bureaucratic questionnaire from Henry Newman, the colonial agent for New Hampshire, about the conditions of the colony. (Photo/Courtesy of Asheesh Siddique)

During the era Siddique studies, the English-owned East India Company evolved from a trading company vested in the East Indian spice trade to a political entity that ruled large parts of India, establishing a foothold of British governance in the country.

“I’m trying to recover a history of how the archives were organized throughout the 18th century, which is the period during which the East India Company transforms itself from being a kind of trading organization into a territorial power that has an army and wages wars and governs territories,” he said.

For instance, once papers — such as instructions for collecting taxes or orders for handling illegal trade — returned from India or the Americas, clerical staff would sort through the large volume of documents. They were responsible for binding records together, coming up with organizational schemes and inventing something similar to what we would call “search” for our electronic records today but then was an analog process that required creating guidebooks to accomplish.

“So a lot of my work is about trying to figure out who these people were, what they were doing and the kinds of systems that they invented to organize documents,” Siddique said.

“My goal is to also answer questions that are still relevant today, such as who had access to this paperwork, and what did the British government and the East India Company do about leaks?”

A community of scholars 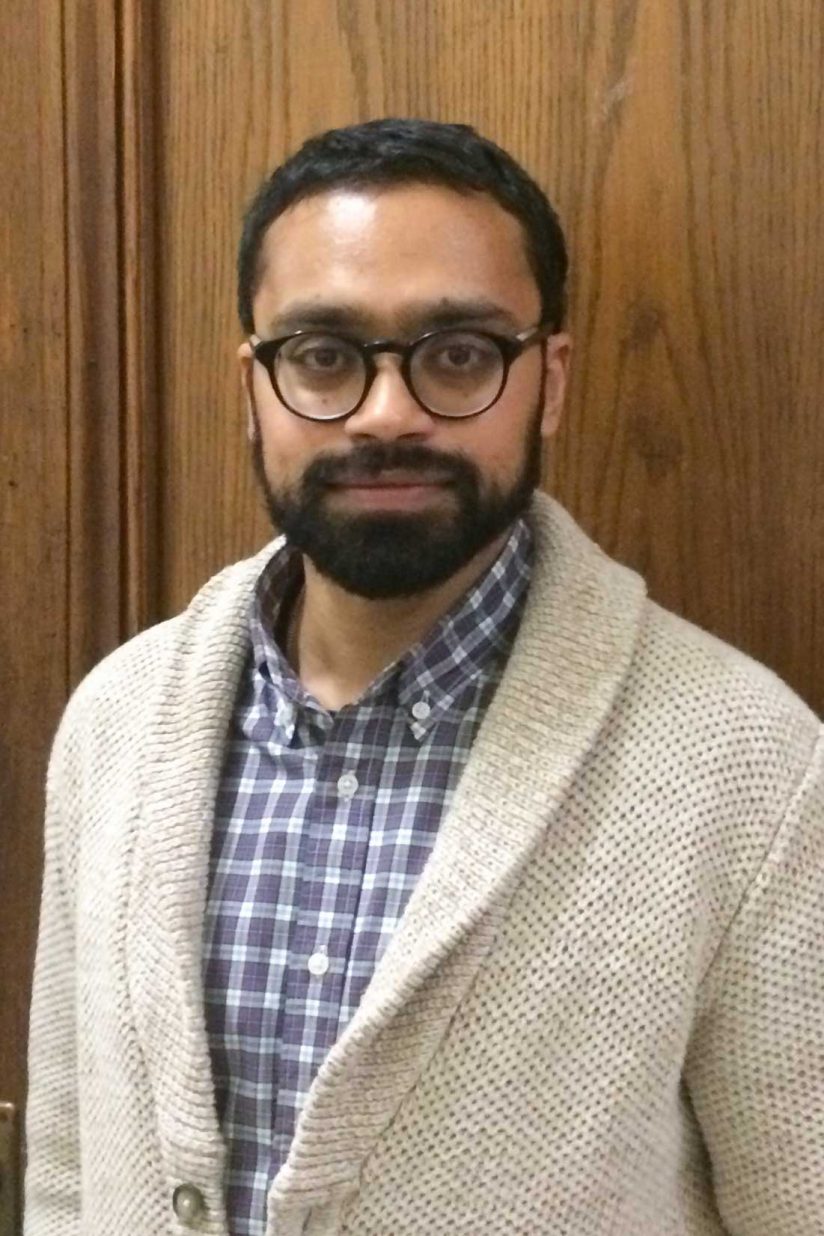 As a member of the USC Society of Fellows in the Humanities, Siddique receives funding as well as interdisciplinary mentorship for his research from an intellectual community of postdoctoral scholars and faculty at USC.

“It’s been an amazing opportunity in so many ways,” Siddique said.

The society meets regularly to discuss its scholarship as well as approaches to research and teaching in the humanities and humanistic social sciences.

“The fellows were enjoying our exchanges so much that in addition to our formal meetings, we established a weekly group where we read each other’s work and offer comments,” he said. “That has been a fantastic way to get to know my colleagues’ work at a really intimate level and also get feedback on my own work. And it’s been a way to really learn what it means to do good humanities research from people who are doing it.”

In addition, his fellowship funding has allowed him to travel to the United Kingdom to comb through the archives of the British Library and the National Archives in London as well as archives at libraries in Manchester and Oxford, and the United States.

“The support has enabled me to do a lot of the nitty, gritty granular work that good historical research comes from,” Siddique said.

He also finds inspiration from his faculty mentors at USC Dornsife. His adviser, Jacob Soll, professor of history and accounting, is a master historian of the archive, which has been a windfall for Siddique’s research.

“To interact with him and get his encouragement and feedback has been a tremendous honor and benefit of this program,” he said. “USC is maybe the best place in the world to be studying the early modern period because it has an extraordinary group of scholars who are interested in the early modern world.”

Understand the past to preserve the present

Siddique sees his research as underscoring a larger question of how we preserve the past through different forms of technology.

“When we think in terms of just how essential technology is for us today, for instance, when we can’t find our phone, we can begin to appreciate the centrality of technology at different historical moments,” he said. “Looking through the archives I’m studying, I’m reminded of just how much paper is a kind of technology.

“In the future, how will we think about the preservation of different forms of media?” He points to text messages, emails or even files on floppy disks, where the technology for accessing them has been discontinued.

“We are media-creating beings,” Siddique said. “What it means to preserve and capture history is an ongoing issue for all of us, and one of the points I’m trying to make is that it has been in the past as well.”

USC Dornife students learn about 200 years of economics in a course that incorporates online role playing.

A new book explores the 18th-century efforts of American sailors to establish their nationality.