At 17, Rachel Jones understood the value of pursuing higher education.

Jones arrived at USC as a Posse Scholar in 2011, received a full college tuition and promptly connected with a group of students — her “posse” — and a faculty mentor to help the students support each other throughout their time in college. The scholarship program, sponsored by the Posse Foundation and partner universities, identifies and fosters the talent of underrepresented students, giving them opportunities to pursue higher education.

“I knew people were investing their time and energy in me and I was psyched for that,” said Jones, who graduated in 2015 with a major in political science with a minor in archaeology.

The USC support system was invaluable for Jones. Her faculty mentor George Sanchez, professor of American studies and ethnicity and history at the USC Dornsife College of Letters, Arts and Sciences, encouraged her to stretch beyond her classes to take on research opportunities and study abroad. She studied an endangered language in Taiwan and took part in an archaeological dig in Guatemala. Another semester she spent studying in New Zealand.

“Because of him and his connections — and making sure that the posse was well-situated at USC — I was able to take advantage of so many different opportunities,” Jones said.

Now as a first-grade teacher at the Success Academy Charter Schools in Brooklyn, N.Y., she aims to get her students just as excited about learning as she was and help them succeed in school — and beyond. 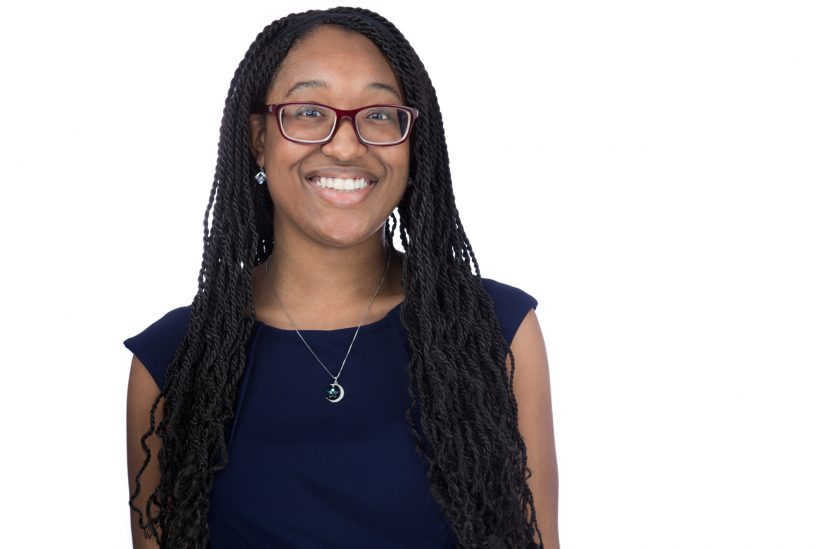 Jones teaches at an elementary school in Brooklyn. (Photo/Rafael Infante)

“I really want to make a difference in their lives,” she said. “I’m teaching them how to read books, how to solve math problems. I’m setting the foundation for them.”

She also knows that because her school comprises proportionately higher numbers of children of color that they will encounter some of the roadblocks that she faced.

“Through my studies and my personal experience as an African-American woman, I know some people aren’t going to expect much from them,” she said. “A lot of the things that I learned while at USC have prepared me to dedicate myself to my work and do my best every single day to make sure they do well.

“It’s also cool because I’m teaching students who look like me. To work with them and show them different types of success from someone who looks like them is exciting.”

Jones’ work in the classroom recently earned her the Success Academy’s Academic Achievement Award, which honors the teachers who inspired their scholars to perform at the highest academic level across all of the academy’s 41 schools.

Ultimately, Jones intends to pursue a doctorate, but first she wants to see her students through their earliest school years.

“I want to see my kids get into middle school,” she said. “That’s my goal.”

Evening is falling on the ancient Mayan kingdom of El Zotz, deep in the dense undergrowth of the Guatemalan jungle.

“Cape Town: City of Contrasts” offered the opportunity to participate in lectures and discussions on issues of race and inequality in the city.