How well do you know your ancient Greek or your Roman history? Students from USC’s Classics Department recently put their knowledge to the test — and came out on top.

The students from the USC Dornsife College of Letters, Arts and Sciences took on their counterparts from UCLA and California State University, Long Beach in the region’s first Classics Olympia competition. The competitors met at the Getty Villa in Pacific Palisades, standing a stone’s throw from the antiquities they study.

The students competed in four categories – trivia, Greek translation, Latin translation and debate – and Trojans took home the win in each one.

“Our strongest point was definitely the translation,” said Zoie Petrakis, a double major in classics and international relations. “Translating ancient Greek and Latin is pretty tough.”

The Trojans even took to speaking ancient Greek and Latin among themselves, which they said seemed to throw the competition off a bit. But speaking in ancient tongues isn’t foreign to the students of the close-knit department, who even have a weekly club for chatting in Latin.

“People can read it really well usually but once you try to speak it, you get kind of tongue-tied,” said 20-year-old Emma Dyson, a classics major who started the Spoken Latin Club last year.

Catching up with each other

On Wednesdays, students come together in Taper Hall. They catch up over coffee, tea, cookies and nuts. With 22 classics majors, 15 minors and 21 doctoral candidates in the department, most know each other. 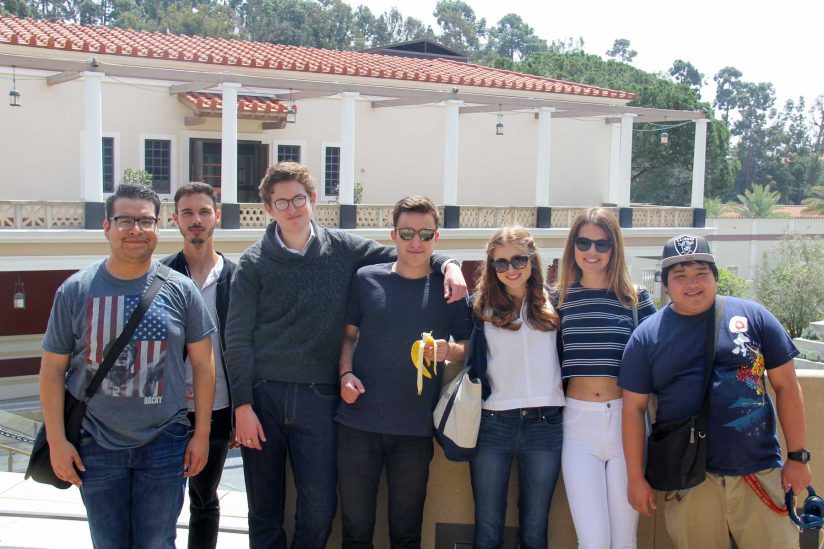 Trojans say the department’s intimacy — especially the small class sizes and the camaraderie between students and faculty — is perhaps its greatest asset.

Petrakis points to one class she had that only had a couple of students in it — not uncommon in the department — so the professor let them pick the tragedy they read and help shape the curriculum.

“They kind of tailor it to what you want to do,” said Petrakis, a sophomore who grew up in California and Greece.

The department is also very focused on making classics a discipline of the 21st century.

Prior to, say, the 1960s, classics departments across the country were grounded in understanding the languages and the literature, according to Assistant Professor Lucas Herchenroeder.

Want to practice your Latin?

Anyone who is taking Latin or has taken Latin courses in the past is invited to join the Latin Speaking Club, which will resume its 4-5 p.m. Tuesday meetings in the fall. Contact Emma Dyson to find out more.

Students and graduates called USC’s department innovative and progressive. Its courses analyze the ancient civilizations not simply to understand them but also as a context in analyzing the Western world, from contemporary thought on immigration and race to gender and sexuality. Courses touch on democracy, mythic storytelling and the ancient ideas of crime.

For this reason, classics can easily cross over with other majors, such as archeology, art history or international relations, Herchenroeder pointed out.

The majority of the classics majors – 73 percent – are double majoring or minoring in another discipline.

USC President C. L. Max Nikias is an example of that overlap: He holds faculty appointments in both electrical engineering and the classics. Nikias is an avid reader of ancient prose and co-taught a class on ancient Athenian democracy in the department last year.

Senior Mehak Khan is training to be a neuroscientist, but she says her classics studies stand out at USC.

She  took Latin in middle school and high school, but when she immersed herself in science courses during her first years at USC, she realized she missed the ancient cultures. She first got hooked with a class on ancient science. She’s graduating in May – majoring in neuroscience, minoring in classics.

“If anything I wish I had majored in classics,” Khan said. “A little bit of regret there.”

USC scholar studies the ideal of gender roles within Buddhism, focusing on the women and religious texts of fifth-century China.

Undergrads find inspiration by talking to best-selling writers in a contemporary prose class.

From quesadillas to pupusas: Students eat up Latino culture