Since 2013, drones have saved an average of one life a week, according to DJI Technology, the largest maker of civilian drones. Just this year, drones have been used in everything from Super Bowl halftime shows to Amazon and UPS package delivery tests. Drones can also be used for search and rescue during earthquakes, unmanned surveillance and warfare.

USC experts in law, computing, engineering and media are researching what is still a nascent technology already having a tangible impact on everyday life. These experts can discuss how the next generation of unmanned machines in the sky are shaping ethics, privacy, public safety, flight and storytelling.

Where it’s too dangerous for people

“Robots can do things that are challenging or impossible for humans to do. An aerial vehicle can fly through gaps while a ground vehicle might have difficulty going over rubble. Specifically, a team of autonomous robots can cover a large area simultaneously, making them desirable for fast response over large areas.

“It makes sense for teams of robots to do these difficult tasks that are too dangerous or too difficult for people to do.” 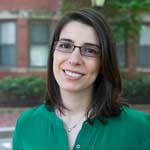 The impact on business

“In recent months, several large companies in the transportation sector — including UPS and Mercedes-Benz — have introduced the idea of using a delivery van as a mobile ‘launchpad’ for a drone that drops off packages.

“In other words, the van never actually stops at anyone’s house; it just carries packages, which are picked up and delivered by the drone.

“Although the hardware for this kind of system now exists, we still need to figure out what the most efficient coordinated route is between the van and the drone, and how much faster these deliveries can take place as a result of this system.

“By using computational geometry and infinite-dimensional optimization, we have found a fast algorithm for finding that efficiency, and by conducting computational experiments, we have concluded that one can easily expect to see a minimum of 30 percent reduction in delivery times.” 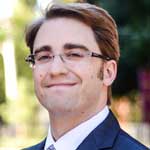 “At the height that airplanes fly, airspace is a ‘commons.’ It’s owned by no one [or perhaps by everyone]. If I fly my drone onto your property five feet above the ground, though, it’s a trespass. 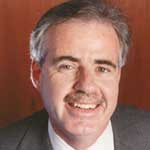 “In the new generation of small, fixed-wing surveillance aircraft, we enter a regime where speeds and sizes are small enough, so a very interesting and delicate competition emerges between forces that enhance the action of a wing and those that damp out its influence.

“Not only do they do this, but they also find a delicate balance between stability and instability, so that now, very small differences in geometry or wind conditions can have very large effects.  In order to understand flight at small drone scale, it becomes necessary to take much more care of these small details. This is sufficiently problematic as to render almost all existing experimental measurements suspect.” 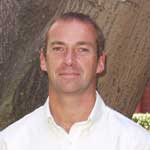 Fly with our drone over nearly complete USC Village

The $700 million retail and residential project is quickly coming together for an August debut.

Youngsters get their hands on virtual reality, cellphone microscopes and other engineering marvels

USC Viterbi-hosted EngX attracts students who want to be engineers.

The sky is the limit for drones, which head upward from Hollywood to South Africa

Innovators devise new ways to use unmanned aircraft systems, which could create thousands of jobs over the next decade.

Drones deliver packages and back up Lady Gaga. What’s next?