Earth Day was created 47 years ago to raise awareness that the United States did not have legal or regulatory mechanisms to protect the environment. Months after 22 million Americans celebrated clean air, land and water on April 22, 1970, the federal government created the U.S. Environmental Protection Agency.

This year, Earth Day coincides with the March for Science aimed at reminding the world that science-based life and policy decisions are indispensable. The march will take place at the National Mall in Washington, D.C., on Saturday.

Scientific findings based on facts 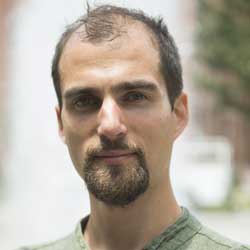 “Tackling the climate crisis is the pro-growth strategy over the long term, the one that gives us more political, social and economic options.

“No amount of burying our heads in the sand will bring coal jobs back; the war on coal was waged by cheap natural gas and automation, not a party or policy. However, the administration’s war on climate is very real, incredibly nearsighted and dangerous.

“Our climate is warming — that is a fact. Over 97 percent of climate scientists are extremely confident that it is warming because of the burning of fossil fuels. The consequences of continued warming will be dire and the window of opportunity to act is closing rapidly. On Earth Day, scientists of all stripes will march in support of reality and the other social justice issues that have been energized by the damaging policies pursued by the administration.”

Air pollution causes black skies and is associated with dementia 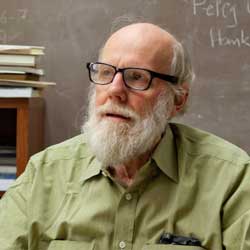 “Our research has found that tiny particles of air pollution from power plants and automobiles could nearly double the risk of dementia in older women. If our results are applicable to the general population, fine particulate pollution may be responsible for about 1 out of 5 cases of dementia.

“President Trump has said we need ‘to promote clean air and clean water.’ The severe cutbacks of EPA funding make no sense at all. Bad air is not a forgettable inconvenience.”

A cleaner world is at risk 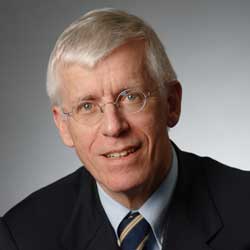 “We have made tremendous progress since 1970, the year of the first Earth Day. Our skies are no longer black with soot and smog, lead contamination has plummeted, and rivers and lakes are much cleaner.

“These gains are now under threat by an administration seemingly determined to set aside research-based policies that have worked. In fact, the environmental challenges we face are far more complex and more in need of scientific and technical advances than before. On this Earth Day, we need to demand that research on the environment and health is maintained and that the Environmental Protection Agency is not deconstructed.”

The genetic variants found by scientists account for a small fraction of the differences across individuals in education.