An international network of neurologists, geneticists and researchers led by the Keck School of Medicine of USC is cracking the human genetic code so that one day people could check their “brain health” in the same way they screen their cholesterol level.

Autism, attention deficit hyperactivity disorder (ADHD) and Parkinson’s disease are intractable problems that science has not yet found a cure for, partially because scientists don’t know enough about the brain and how it works. These neurological and behavioral disorders are the kinds of wicked problems USC and its collaborators are working to solve. 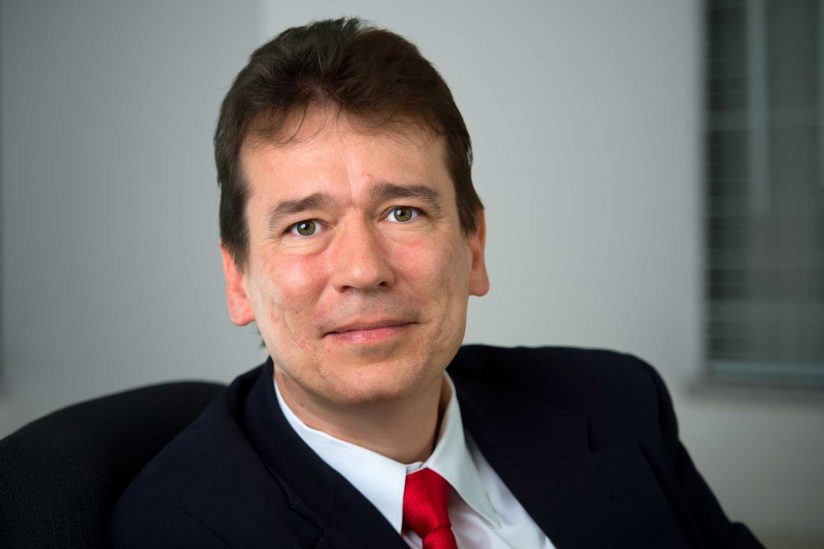 “ENIGMA — where crowdsourcing meets neuroscience — has become one of the largest scientific studies ever done,” said Thompson, associate director of the USC Mark and Mary Stevens Neuroimaging and Informatics Institute. “It looks at how our genetic code affects healthy and diseased brains. We look at factors that are helpful or harmful to the brain.”

The ENIGMA network screens the human genetic code to discover DNA patterns that affect brain function, integrity and wiring. It has aggregated about 53,000 brain scans from 35 countries, Thompson said.

Each participating researcher hosts his or her own brain scans. However, Thompson said that if the biomedical information ENIGMA has aggregated were burned onto CDs, about 1,000 FedEx trucks would be needed to haul the massive amount of data.

Life span is one aspect of ENIGMA. Its researchers tout that they have the world’s largest study of age-related structural changes across the entire human life span. This group has data from 2-year-old toddlers all the way up to 92-year-old grandparents and great-grandparents.

The platform developed by ENIGMA-Lifespan explores the biological and environmental factors that contribute to brain development and aging.

Preliminary data analyses show that people reach their peak for subcortical brain structures (brain areas below the cerebral cortex associated with memory, emotion and motor coordination) when they are 20. At 60, the hippocampus — the center of learning and memory — and amygdala — the control center for emotion — begin to degrade.

Parents and doctors use growth charts to tell if a child born prematurely is catching up with other children. No such normative growth charts exist for the brain.

“Parents and doctors use growth charts to tell if a child born prematurely is catching up with other children,” Thompson said. “No such normative growth charts exist for the brain.”

Together, the different ENIGMA groups have identified 20 hotspots in DNA that are biomarkers indicating how fast the human brain develops and declines, Thompson said. Scientists are screening drugs already approved by the U.S. Food and Drug Administration to see if they can crack the genetic code and slow down a brain that is aging too quickly, he added.

ENIGMA is also looking at conditions that affect children more than others. Its ADHD study recently published in Lancet Psychiatry showed children affected with the disorder had smaller brain volumes in structures such as the amygdala, hippocampus and caudate nucleus, which uses information from past experiences to influence future actions and decisions. The reduced volumes were present in childhood but not in adulthood.

“This ADHD study is four times larger than any that had been done previously,” Thompson said. “A key milestone in these large brain studies is to prove that there’s a physical change in the brain of affected individuals. ENIGMA then maps which brain regions are abnormal so scientists can target therapies.”

A wealth of information

Danai Dima from City, University of London and King’s College London leads ENIGMA-Lifespan, one of the 22 neurological and psychological disorders the network is investigating. Other ENIGMA projects include ENIGMA-Autism, ENIGMA-Anorexia Nervosa, ENIGMA-Anxiety and ENIGMA-HIV.

ENIGMA-Lifespan analyzes more than 10,000 MRI scans from healthy 2- to 92-year-olds. People are enrolled into studies before they develop any symptoms so scientists can identify biomarkers for neurological and psychological disorders as well as brain aging.

“When you go to your doctor and do a blood test or any other kind of test, the test always says whether you are inside the normal range,” Dima said. “All our medicine is based on knowing what is the normal range, but no one has done that for the brain.

“We’re contributing to the sense that if you’re in a percentile outside the normal range — if you’re 30 with a huge reduction in hippocampal volume — it could mean something without you yet developing any symptoms.”

Thompson once planned to be a classical Greek scholar at Oxford University, his alma mater. Instead, he ended up translating the unique dialect of genes and brain structures into a language that scientists the world over could understand: well-organized big data sets.

When Thompson started ENIGMA in late 2009, researchers in his group based their studies on about 20 brain scans because scans are expensive and the MRI landscape was still developing, he said.

In 2014, the NIH’s Big Data to Knowledge (BD2K) program named the Keck School of Medicine and 11 other institutions “Centers of Excellence for Big Data Computing.” In a rare distinction for one university, BD2K awarded the USC Mark and Mary Stevens Neuroimaging and Informatics Institute $11 million to grow the ENIGMA network, which now boasts brain scans from 35 countries, and another $12 million to establish the Big Data for Discovery Science Center. Arthur Toga, director of the institute and a Provost Professor of Ophthalmology, leads the latter BD2K project, whose goal is to develop database systems and computational strategies for mining complex data about the brain.

“Neurodegenerative diseases are a critical area of focus and expertise for us at the Keck School of Medicine,” Dean Rohit Varma said. “We have an incredible team of physicians and scientists, including Drs. Thompson and Toga, who are working creatively and collaboratively across disciplines to gain a deeper understanding of this family of neurological diseases. It is our goal to understand the underlying mechanisms treatments — and ultimately find cures — to this group of devastating neurological disorders.”

Over the past three years, the ENIGMA network has improved its algorithms that crack the brain’s genetic code. Its researchers have developed new mathematics to discover what drives brain networks to change over the human life span.

“It’s hard to argue against results that were found in 100 different labs,” he said.

Childhood head injuries appear to cause structural changes in brain

The speed of information traveling within a child’s brain may signal who needs the most help after a head injury.

How being funny changes your brain

USC researchers pinpoint the regions of the brain that spark during the telling of a joke.

A glitch in ‘gatekeeper cells’ slowly suffocates the brain

Breakdown of unique cells that wrap around blood vessels in the brain leads to neuron deterioration, possibly influencing the development of Alzheimer’s.