Mike Walden, the noted local radio and television sportscaster who the first person in history to have served as the broadcast voice of both USC and UCLA, died Feb. 12 in Tarzana from complications of a stroke.  He was 89. 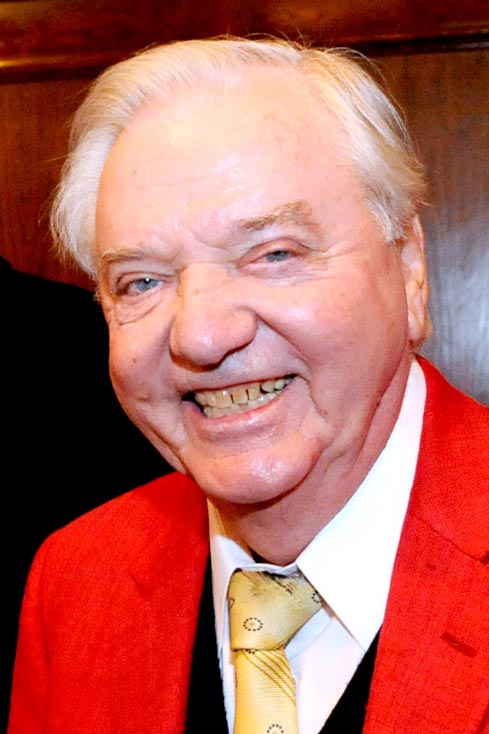 Mike Walden was the voice of USC football and basketball from 1966 to 1972. (USC Athletics Photo/Jon SooHoo)

Walden, known for his distinctive broadcasting style and his even more distinctive wardrobe, announced USC football and men’s basketball games from 1966 to 1972. During that time, the Trojan footballers appeared in five Rose Bowls and won a pair of national championships, in 1967 and 1972, and the 1971 basketball team posted a 24-2 record.

After his USC stint, Walden moved across town and did UCLA sports play-by-play for portions of the next 18 years.

A member of the Southern California Sports Broadcasters Hall of Fame and the USC Athletic Hall of Fame, Walden also was a broadcaster for the Los Angeles Dodgers in 1970.

The winner of numerous Golden Mike Awards, he also did daily local sports reports on KNX and KFI radio and KTLA-TV, as well as handling play-by-play in cable television’s infancy for ON-TV and Prime Ticket.  He served as president of the Southern California Sports Broadcasters for five years, in 1975-77 and 1992-93.

He earned a cult following with his appearances on the quirky Super Dave program on Showtime, often wearing loud suits.  Away from broadcasting, he was an avid tennis player.

He is survived by his wife, Nancy; sons Gregory and David; daughters Nanette and Julie; and five grandchildren. A celebration of life will be held at 11 a.m. March 18 at Braemar Country Club in Tarzana.

‘The Great One,’ whose career included eight seasons with the Kings, joins Lynn Swann during the trophy’s visit to Hahn Plaza.

Fans can take photos with the trophy at bookstore locations this week.