It’s a given that alumni of the USC School of Cinematic Arts Summer Program make short films.

Some have successful screenings. Some do well at film festivals. Some launch careers.

Of all the recent films, one from last year, La Femme et le TGV, has received an Oscar nomination for best short film (live action). Jean de Meuron ’12 was its executive producer.

“It’s a humbling experience to be nominated for an Oscar, one of the most important and prestigious film awards in the world,” de Meuron said. “When I was a kid, I used to wake up at 3 in the morning due to the time difference between Los Angeles and Switzerland, so that I could watch the [Oscars] ceremony live. I remember cheering for all the nominees and Oscar winners.”

Le femme et le TGV tells the tale of an elderly woman (Jane Birkin) who has waved at an express train passing her house every day for many years. One day, she finds a peculiar note in her garden and begins a heartfelt correspondence through poetic letters with the conductor, until one day the train stops passing by. A subsequent journey breaks the woman out of her shell. 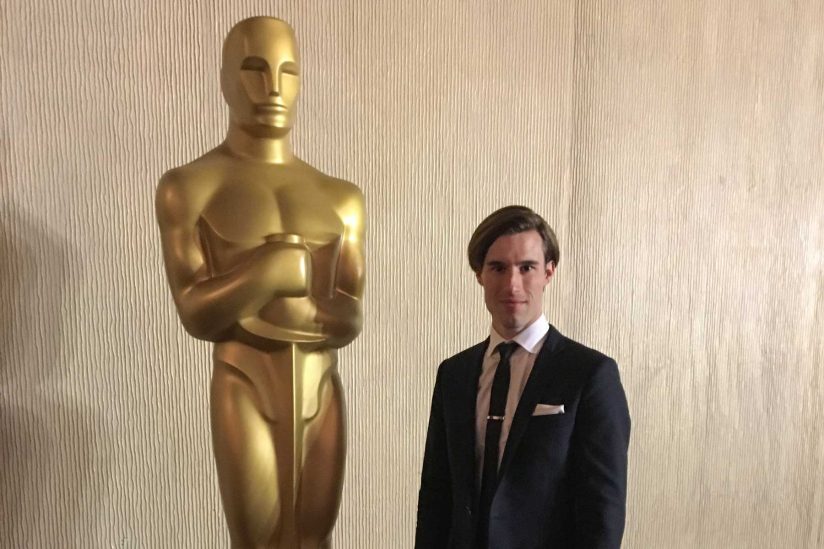 After reading the script, De Meuron was fascinated by the true story and director/writer Timo von Gunten’s charming screenplay.

“I met Timo while being a jury member at a Swiss film festival, where I had seen his wonderful short film,” de Meuron said. “I was incredibly impressed by his visual flair and style, as well as unique approach to cinema in terms of the framing and mise-en-scene. I came on board pretty much when we started. As I introduced myself to this talented young filmmaker, I said, ‘I’m very impressed by your storytelling capabilities, so if you ever have a great story or script, please do not hesitate to send it to me.’”

The two struck up a collaboration: They made the film, found success and de Meuron began a carefully measured publicity, marketing and awards campaign for the Oscars.

“I worked day and night on the creative advertising materials, social media campaign and festivals push,” he said. “I personally love the marketing aspect of the filmmaking ecosystem. At USC, I was fortunate to learn from David Weitzner, who is a great marketing mind.”

One very important and magnetic component of the short is the lovely and iconic Jane Birkin, who gives a wonderful performance.

He added: “I organized screenings and events. I invited all of my internship contacts to screenings to build momentum while generating buzz, intrigue and excitement. Early on, we strategized and brainstormed about how to best present the film. One very important and magnetic component of the short is the lovely and iconic Jane Birkin, who gives a wonderful performance. She’s the grand dame of European cinema. We built a beautiful campaign around her and around a film that is really heartwarming. A lot of critics called it ‘heartwarming and moving’, so we made use of that.”

De Meuron credits his time in the USC Summer Program with much of his success and, in particular, his courses with Sebastian Twardosz. After graduating from the program, de Meuron worked as an intern at MTV Networks, Viacom International Media Networks, Paramount Pictures, The Weinstein Co., Universal Pictures and MGM. While interning at The Weinstein Co. in the marketing, creative advertising department and for Harvey Weinstein’s office, de Meuron simultaneously produced La femme et le TGV with his producing partners Giacun Caduff and Bela Böke.

And de Meuron started his professional career at Scott Rudin Productions, working as a marketing coordinator for Rudin.

The USC Libraries prize recognizes the authors of printed works alongside the writers who adapt their stories.